Super Mario Run has been quite the smash hit on iOS. While we’re still waiting for the Android version to arrive, Apple device owners have been heading to the App Store to download Nintendo’s side-scrolling mobile take on the Super Mario experience. Just like in those Super Mario games on other platforms, you can play as Mario or as any one of his friends – Luigi, Princess Peach, Toad, Toadette, and Yoshi are all available in here. There are six worlds and 24 levels in classic Tour mode, and a Rally mode where you’ll have to perform special moves or combos in order to impress the Toads and add them to your Mushroom Kingdom. So if you’re a fan of the Mario franchise, you’ll want to check this game out. Even Mario newbies should enjoy this new game, which makes for quite a deep playing experience.

We’ve covered a wealth of general topics in our ultimate guide for this game. But one topic that deserves some standalone attention is the topic of coins. How do you get them, how do you collect those colored coins, and how can you navigate those levels in pursuit of more coins? We’ve got that all covered in this Super Mario Run strategy guide, so read on if you want more coins and want them fast.

1. How To Complete Colored Coin Collections

Refreshing one of the things we had told you in the ultimate guide, you will have to pick up all five coins in one run when playing the Tour stages. So if you miss out on one coin but still finish the level, you’ll have to collect the four coins you had already collected, plus the coin you missed out on once you replay the level. As your last completed run will be available on the stage menu, that should show you the coin you weren’t able to collect, but the pressure will be on, as you need to get all five once you restart the level and go for another try.

It’s imperative that you do your best to hang on to your coins, especially the colored ones. Yes, those are the special coins alright, and they could get knocked out of you during the course of your run. Some coins may fly out of Mario when he bumps into an enemy or an obstacle, and if it so happens that the last coin was pink, purple, or black, that increases the chances that it was one of those special coins that got knocked away. Make sure to go back to those coins once away if you notice they are missing.

3. If You’re Not Mario, Mushrooms Turn Into Coins

Although it’s great to play as Toad, Yoshi, or any one of the other non-Mario characters, there are a couple of caveats to using them. For one, they don’t become bigger when they’re collecting mushrooms, which means they die with just one hit. Even if they appear as large as an enlarged Mario, just one hit from an enemy will send them into the bubble. Sure, they’ve got special abilities that Mario doesn’t, but as is often the case, there is a catch involved. And another catch to keep in mind is the fact that they cannot collect mushrooms; if a non-Mario character gets one, they’re immediately converted into coins. That could actually be a good thing if you’re chasing coins first and foremost.

4. Why Aren’t Special Coins Immediately Counted In The Total?

If you’re collecting coins in Tour mode, you may notice that your coin total isn’t as high as you think it is. That’s because all pink, purple, or black coins you collect in Tour levels only go toward your coin total once the run is finished. So don’t panic if you notice you’re out several coins; they will be added on eventually, and only once you reach the flag and complete the run.

5. How To Add To Your Coins When You’re Running Low

At some points of Super Mario Run, you may feel as if your coin total is too low. If that’s the case, then play the Underground levels (e.g. levels 1-2, 2-3, etc.), or go to a specific world’s last level. Those underground levels have several rooms that are rich in coins, and when you’re playing the final stage in a world, you will get an extra 100 coins for completing that level, regardless of how often you’re replaying it. There’s also the option to return to stages that don’t have a high coin density – it will be easier anyway to grab the coins when you’re grinding for them this way. Also make sure to tap on the coin color you’re aiming for (pink if purple, pink/purple if at black).

6. General Tips For Coin-Hunting In Levels

For the most part, the colored coins are spread out evenly in the Tour levels, especially in the Underground stages. Those levels are classic examples of this trend, as they are divided into five separate sections, with pipes dividing the sections and one coin available per section. When it comes to the conventional above-ground levels, the spacing in between coins will be similar, but not exactly the same. Expect to get a quick respite before the next coin once you’ve grabbed a pink, purple, or black coin, except when you’re dealing with ghost houses, which have less space to separate one coin from the other. Ghost houses may even have the coins next to each other because they can be that small.

Another useful tip would be to do the Vault Jump over an enemy if you see a coin that’s especially hard to reach. That will add some momentum to your jump, and once you’re jumping higher, you may get closer to that coveted colored coin, or make it to an alternate path that you want to get to.

7. How To Find The Right Door In Ghost Houses

It can be tricky at first to find the right door when you’re navigating those ghost houses. But you simply need to choose the door that isn’t shaking. Give yourself a few seconds and monitor the doors closely. Isolate the ones that are shaking, and once you see one that hasn’t been shaking during that period of time, go ahead and open it. As a bonus tip, the key in level 5-3’s second room is inside the top right block, and the key in the third room is inside one of the ghosts, with another ghost holding a pink coin to look out for.

With that said, you may have noticed several other instances where ghosts have keys or coins inside, and here’s how to take care of them. If you want to kill a ghost, use a backwards arrow tile to jump over the ghost backwards. That will make the ghost disappear and drop whatever item it was holding.

8. Use Your Early Runs To Know Where To Find The Coins

If you miss out on some of the colored coins early on, you shouldn’t take it too hard; it’s just your first run anyway! Most of the coins are conveniently hidden in the levels, so with that in mind, you should take advantage of those first few runs when playing a level, learning the paths which you should take, and remembering where you had seen the coins. Also feel free to experiment and try different techniques in order to grab them. And once you’ve figured things out, use those later runs to go for all five coins. Levels can be replayed as often as possible, so don’t hit the panic button if one coin is especially hard to reach.

Speed boosts could be a bane or a boon, but when talking about coins, they could be the former. You may see some speed-boosting arrows in some of the levels, and their main purpose is to help you cross a gap safely. But you will often need to move normally if you want to make it safely to a nearby ledge. In order to do this, make Mario walk normally over the boost; do not jump until you’ve gotten him past those arrows. The boosts are activated by tapping or jumping, so if you’re not tapping, you don’t need to worry about accidentally setting them off.

The red rings we’re talking about here aren’t the fiery rings that show up from time to time; these are thick red rings that you have to jump through in order to make five red coins appear. Those red coins will only be on the screen for a few seconds, but you will get an invincibility star if you collect all five of them. And those invincibility stars also serve as coin magnets; any coins you approach while your star is active will be collected automatically. That makes them very helpful in both Tour and Rally modes.

11. What’s The Deal With The Colored Coins?

Lastly, you may be curious as to why colored coins are so important, including their specific color. The simple answer to this question would be the goal of completing your coin collection. And once your collection is completed, you can build special items in your Mushroom Kingdom that will only be unlocked once you collect all 120 of each coin while playing Tour mode. These items will also unlock a bonus level, though you can expect that bonus level to be especially challenging. 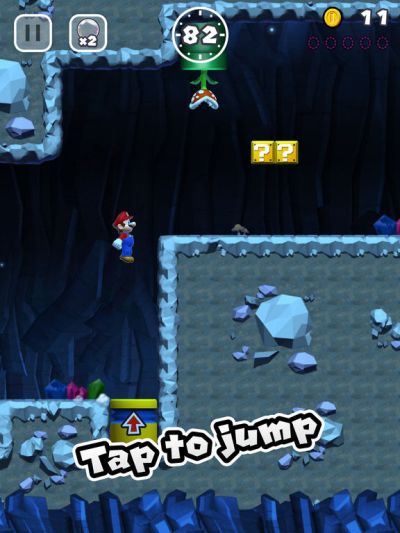 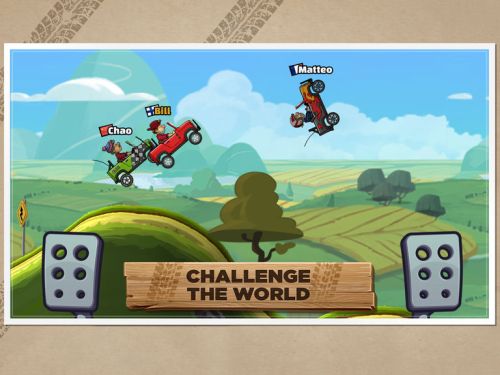 Next
Hill Climb Racing 2 Ultimate Guide: 3 Tips & Tricks to Become the King of the Hill
Click here to cancel reply.