Nickelodeon’s fascinating universe brought straight to your mobile with their newest arcade action game, Super Brawl Universe! You’ve heard it right: SpongeBob, Timmy Turner, or Danny Phantom are only some of the characters you will get to enjoy. There are 2 fighting modes to choose from: the 1vs1 mode that will get you to fight random opponents for chests or the 3vs3 mode in which you will face 3 fighters to win Brawlville trophies. You won’t get a second chance in the 1vs1 mode: if you lose, you will have to face a new opponent. 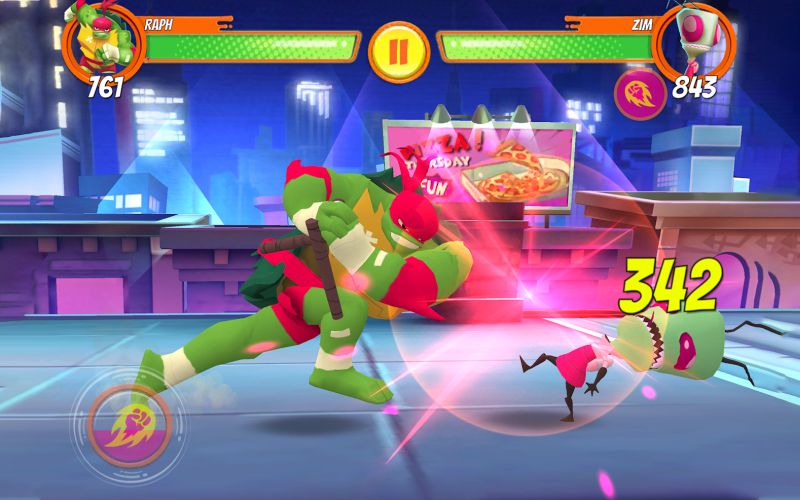 Performing a light attack is as easy as it gets. All you have to do is tap on the right side of your screen repeatedly. If you do so, your character will throw quick punches at his opponent. This type of attack will reduce the HP of your opponent, especially at the beginning of a fight. Keep in mind that light attacks are faster than medium/heavy attacks. If you want to perform a medium attack, you will need to swipe right. And this takes more time to perform, which is not precisely convenient in a fast-paced fighting game. If your opponent manages to block the punches, you should consider performing a heavy attack. That might prove useful especially if your opponent goes into the defensive mode. If you want to perform a heavy attack, you need to tap and hold your screen’s right side and then release.

Catch your opponent off-guard by combining and mixing up your attacks. If you always use the same attacking technique, your actions will become predictable. So make sure you use combo attacks. For instance, you can use 3 light attacks and, immediately afterwards, a medium attack. This will keep your opponent guessing.

3. Learn How To Defend Against Your Opponent’s Attack Combos

If your opponent is using a quick combo attack, you will be able to break it by rapidly swiping left and moving away from him. Make sure you keep a safe distance and wait for him to get closer. When he is close enough, you can attack him by tapping or swiping right. 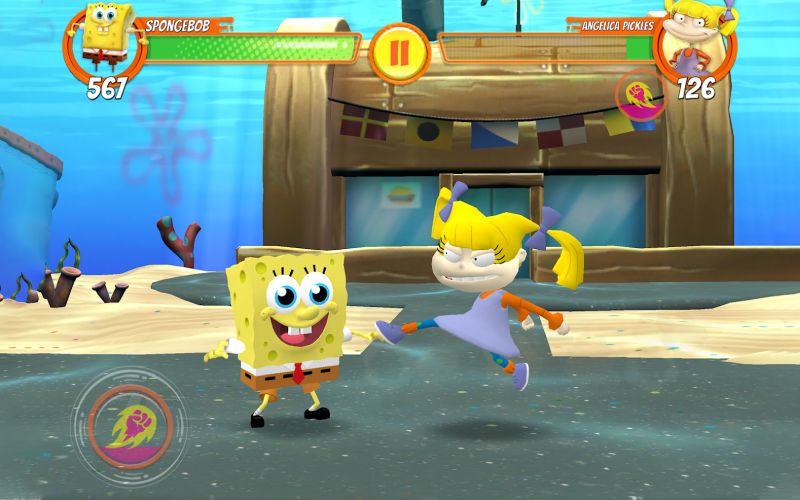 When engaging in a 1vs1 match, the versus screen shows you if the class of your opponent is stronger or weaker than yours. If you see a red coloured down arrow next to your class, your character’s class is weaker than the one of your opponent. This means that his attacks deal more damage than they should normally deal. So make sure you block his heavy and special attacks.

Should your class be stronger, you will see a green up-arrow next to his class. In this case, focus on heavy attacks and right swipes.

The bad news is that you can’t use the versus screen to choose a stronger character. If, for example, you have won a series of two 1vs1 battles and you now have a weaker class than that of your opponent’s, tapping the back button will make you start from scratches. If you manage to obtain a three winning streak, you will be able to open the purple chest. This chest contains slime and fighter cards. So, if you happen to come across an opponent with a stronger character class, you either fight him or tap the “Skip Opponent” button. But there is no guarantee that your next opponent’s class will be weaker than yours. And you will also lose the slime used to change your opponent.

6. Level Up Your Characters And Brawlers

Winning 1vs1 matches or a series of 3 matches in a row will allow you to open chests. In these chests you will find new and duplicate brawler cards which you can use to level up your brawler. When you have enough duplicated cards to level up a brawler, an animated arrow will be displayed on the brawlers tab. Tap on it and you are ready to go!

We hope our collection of Super Brawl Universe tips, cheats and strategies will help you outwit your opponents and improve your gaming experience. If you know any other useful tips or tricks for the game, make sure to share them with us in the comment area!