Stickman Surfer is the latest iOS and Android casual game from Turbo Chilli, the same company that had given us Stickman Skater and Stickman BMX. And just like in those games, you’ll be controlling a Stickman and having him compete in an extreme sport, but instead of a skateboard or a bike, it’s going to be a surfboard (among others), as your character Stickson will be riding the waves, getting as much air as possible on a skate halfpipe, cruising the dunes in his jeep, and doing a lot of other things that seemingly don’t have anything to do with surfing if you come to think about it. (That’s because there are two “bonus game modes” included together with the main surfing-oriented game.)

Aside from boasting of multiple game modes, you can also upgrade and customize you character, make full use of power-ups to help you ride the waves better, and redeem prizes as you continue playing the game regularly. This is a casual game through and through, but like a lot of games in this genre, this is a title that can be “easy to play, (but) hard to master.” And if you’re trying to master this game, here are some Stickman Surfer tips and tricks you could try out for yourself the next time you play.

1. Use The Time Lapse Cheat, Albeit At Your Own Risk

You may be getting impatient waiting for the next game to unlock, or the next time you would be able to open a chest. Yes, we know that waiting can be a chore, but in a game that doesn’t have any social options that could allow you to bypass the wait, you can always try the time lapse cheat and see what happens. This would mean going to your phone’s settings, moving the time forward by a few hours (however long it takes for a new chest or new game to become available), and returning to the game. So far, we’ve heard it works, but as we always say, use this tip at your own risk, and do not use it too frequently.

2. Complete The Missions To Level Up

In order to level up in Stickman Surfer, you will need to complete missions on a regular basis. Do not skip these missions, but take as many of them as possible, and focus on doing so, as you would be able to unlock new goodies for your character. The catch here is that missions can be quite hard to complete once you progress to a certain point in the game, but all of them can be done. Do not, and we repeat do not spend premium currency to skip the missions, unless you’ve tried everything and gone about trying to complete the mission multiple times and are all out of options.

Crates are loaded with special items or power-ups that could give you that helping hand you need during the tougher parts of the game. And these may include items that are designed to give you an extra life, thereby allowing you to keep on going even if the shark eats you or if you run into one of those nasty obstacles along the way.

You can also watch more ad videos in the game, and look out for the box the chopper drops down while you’re on the main menu. Tap on the icon and watch the ad to redeem more power-ups and other freebies!

4. Be Careful Around The Shark

It won’t be a surfing game without some big, bad enemies lurking around to make things even tougher for you. In here, that “big bad” is the shark, which could surprise you by emerging from the opposite side of your screen. Do not take the shark’s arrival lightly, as he could be difficult to watch out for, and you could only avoid its attacks by leaping out of the water. But don’t worry, as there’s a way to sense when the shark may be coming; simply watch out for the countdown timer on the left side of your screen. Once you see the timer, direct your character to the bottom part of the screen, and simply exit the water once the shark makes his way toward you. This is a simple process that nonetheless needs a lot of practice, but you should be able to get it easily enough.

5. How To Play The Mini-Games

As we mentioned in the game overview, there are various game modes you can try out if you’re getting bored with the classical surfing mode or are looking for a new challenge. But we would probably categorize these modes as mini-games – they’re not essential to a complete gaming experience, but are nonetheless recommended to play for anyone who needs more coins, and to be taken seriously if you decide to play them.

For the driving mini-game, you can use coins to upgrade your vehicle, which is probably something you want to do early on. The fuel tank would allow you to drive longer, while the engine can be upgraded to enhance your speed. We suggest following this upgrade hierarchy in order if you need the best chances of making it to the next level.

When talking about the skating mini-game, this may be a rather tough mini-game to perfect, but if you’re able to practice enough and perfect your technique, it’s going to be worth it in terms of coin rewards. Once your skater is in the air, tap-and-hold so you can make him turn while airborne. More rotations means higher jumps the next time your skater has a chance to leap. And that also means more coins to collect, and even an option to rotate again to get more coins.

Lastly, we’ve got the skiing mini-game. If you found skating to be a challenge, skiing will offer you twice the challenge skating did. And you won’t get a lot of coins for your troubles. As such, we would normally recommend that you focus on the other two mini-games, though if you want to try everything out for yourself, you can always give skiing a try.

This would be our collection of tips and tricks for Stickman Surfer. If you happen to know additional hints for the game, leave us a message in the comment section! 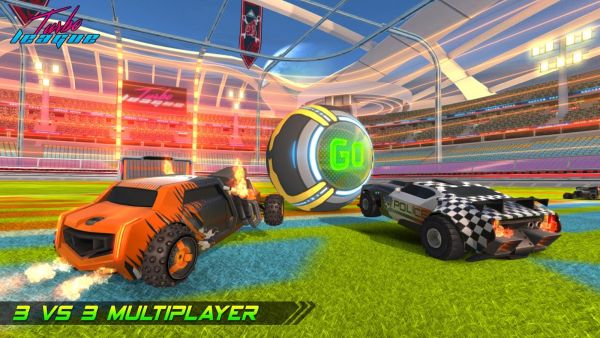 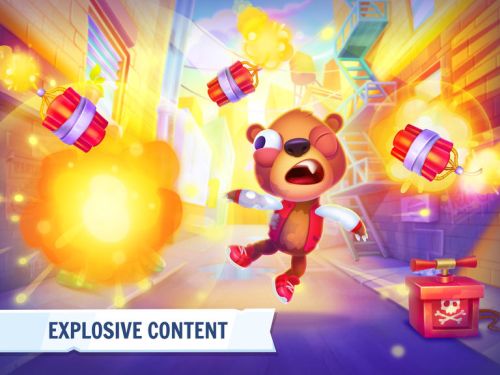