The Star Ocean series is one of the longest running RPG titles of Square Enix. After a very long wait, fans finally get to play Star Ocean: Anamnesis on Android and iOS devices. Enjoy visually stunning graphics, an immersive storyline, and breathtaking real-time combat. The game follows the story of a ship commander who has crashed on a mysterious planet along with his crew. You will need to unravel the mysteries of the said planet if you are to have any hopes of returning to your own planet.

The game lets you build your own squad of fighters that will help you fend off enemies. Your team can have attackers, sharpshooters, defenders, invokers, and even healers. There are dozens of characters available for you to recruit, each with their own sets of strengths and weaknesses. Read our Star Ocean: Anamnesis strategy guide to learn everything you need to know! The game lets you choose one of five starting characters, all of whom have 5* rating. Each special character has his own Talents and Battle skills, so make sure you pick one that suits your play style the most. If you can’t decide, Victor is your best bet. He is a Defender with well-rounded stats. He will be able to help you breeze through the first few missions without a hitch. The other special characters are also viable, it is just that having a tanky character while you are still learning the ropes is always useful.

Once you are done with the initial tutorial, you will be able to move around on your own. Your first stop should be your Gifts tab on the main page. It is important that you claim all your starting gifts first before starting your adventure. As part of your starting gift, you will receive enough gems to purchase a 5* Character Ticket. This should be your next step because you may want to start over depending on who you get from the gacha system. If you did not like the character you got from the ticket, just reinstall the game and start over. Most 5* characters should be useful for your team, but Cliff or Maria would be the best possible draws. If you are not that choosy, feel free to accept any 5* character you receive as long as he is not an Invoker.

One of the starting rewards you will get is Faize and he is a 5* Invoker. If you draw another 5* Invoker using your ticket, you would have a redundant class on your team. That would be a waste since you can only bring along three people on your team, and it will be a while before you get any more 5* characters. It is better if you have a well-rounded team of 5* characters to start your game with.

Once you have your three characters, don’t forget to put them in your party. Go to your character’s tab and tap on Edit Party. The first slot will be your primary character. This will be the character you will be playing as. The second and third slots are for your remaining two characters, and the order does not really matter.

What does matter, however, is your equipment. The game will give you starting equipment, but it will not be enough for everyone on your team. Make sure you give the best pieces to your team leader and hand off whatever remains to the other two characters. You should also regularly update these equipment as you pick up more gear along the way. One of the most important battle features of this game is the Cancel Bonus. You get a Cancel Bonus every time you activate a skill in the middle of the animation of a previous skill. An initial Cancel Bonus will grant you a 150% damage boost. The second one will raise the boost to 200%. When you get a third one in, you will receive a 300% damage boost. Mastering the ability to trigger this boost consecutively is the key to taking down opponents quickly. Just make sure you don’t use up all your AP in case you need to execute any emergency maneuvers later on.

5. Know When To Guard

Guarding is often frowned upon because you will still take damage and you need to be standing still with full AP. It’s honestly just cooler to dash and evade the damage completely. There are times, however, when this will not be an option. When you progress further into the game, you will eventually come across bosses that have large areas of attack. When this happens, it will be wiser for you to block the damage, and immediately launch a counter attack. Otherwise, you will end up spending most of the battle just running around, trying to evade, until you eventually fall.

If you don’t mind a bit of risk in your gameplay, you could try mastering the Assault Charge. This is a fast attack that allows you to close gaps quickly and dish out damage at insane speeds. The drawback is that you will automatically take a critical hit if you are attacked at any point during your charge up or animation. This can be dangerous, especially if you have a squishy character. Gauge your capabilities before you decide to rely on Assault Charges. You may want to practice in easier battles before using them on regularly.

Your characters’ Rush attacks take time to charge up. This is why you should not immediately use a Rush attack just because it is available. Hold off until you find an opportunity to use it. A good idea is to wait until everyone in your team has their Rush icon active. You can then unleash all the Rush attacks consecutively in order to instantly wipe out the opponent. Just make sure you also keep an eye on your team members’ health bars. If you see someone is low, switch to that character and have him walk to a safer area of the battlefield. Once a weapon reaches level 10, it can be transmuted. Transmuting will require five sacrificial weapons of the same rarity. The type of weapon or its stats will not have any impact on the transmutation, so feel free to just throw in any of your extra weapons. Don’t worry because you will pick up a lot of junk equipment as you play the game. These are best used as fodder for transmuting. When you transmute a weapon, it will turn into a random weapon of the next rarity. That means your 3-star bow can turn into a 4-star sword. When you transmute a 5-star weapon, however, it will simply turn into a coin. You can then exchange the coin for a 5-star weapon of your choice. With these things in mind, you could potentially get three 5-star weapons that you actually want by just transmuting a whole lot of gear that you picked up.

9. Challenge The Maze Of Tribulations

The Maze of Tribulations is a dungeon that is filled with strong enemies. Before you enter it, make sure you get the Starter Mission for it first. Not only will you need to have leveled up your team before taking it on, entering it before the Starter Mission means you will have to wait for it to reset before it can count towards your mission. You only have three chances to complete the maze per day. Do not attempt it until you are confident in your team.

Successfully completing the maze will reward you with special coins. These coins can be exchanged for rare equipment, gems, and other useful items. Once you have completed it as a Starter Mission, it will become part of your Daily Mission. That means you should make it a habit to complete the dungeon three times a day in order to keep your progress on track.

When building your team, you can choose from several classes. An optimal team, however, should have one Defender, one Healer, and one DPS. That means the first two classes are non-negotiable. You will only be able to choose one of the several DPS classes available. An Attacker or a Sharpshooter would do well in that third slot. The reason you need a Defender and a Healer in your team is to ensure your DPS stays alive. The Defender will soak up the damage while the Healer regenerates any missing health. If you have multiple DPS characters on your team, you will only be able to survive long enough to get a few hits in. That could work for weak enemies, but you will most likely go down when faced against a boss.

While your starting team of 5* characters will be able to carry you through the first parts of the game, it would still serve you well to get a few more 5* characters in your roster. To summon more characters, you will need gems, the game’s premium currency. The good news is that there are plenty of ways to earn these gems for free. The game gives out gems from time to time as daily login rewards. You can also get them from the Maze of Tribulations and certain Events. Finally, you can get more gems from completing missions and achievements. In short, just play actively and you will have a lot of gems to summon characters with. The game has a loan system that allows you to bring along a friend’s character as a fourth member of your team. If you are following the player you have loaned from, or he is following you, you will receive battle perks. Having strong friends will allow you to breeze through some of the battles that you would normally struggle with. You might also want to consider your team’s composition when selecting a character to loan. If you are missing a Healer or Defender, then pick a friend who can loan you one of the two.

When you start summoning additional characters, chances are you won’t be getting a lot of 5* ones. There is still a way to make viable team members out of the new characters you acquire. Just enhance their status and perform a Limit Break. To enhance your character, you will need a lot of Fol and Prism Stones. Limit Break also requires specific limit break materials and Fol. Since it is a costly process, make sure you only enhance and Limit Break characters that you actually plan to use.

Star Ocean: Anamnesis is one of the most polished mobile titles Square Enix has to date. Make sure you get the most out of playing it by following our tips, cheats and strategies above! 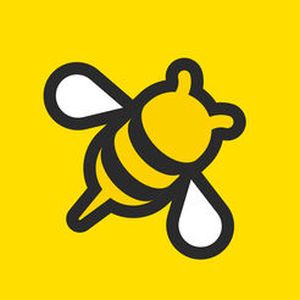 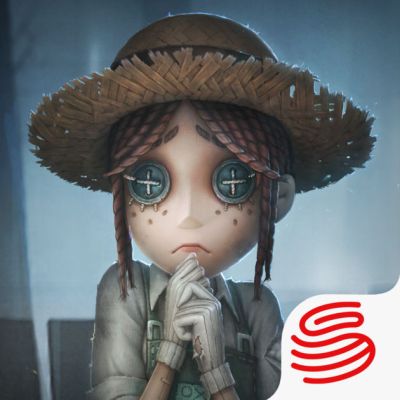