From Elite Dangerous to EVE Online, spectacular space games have always fascinated players. However, Rogue Universe is about to reinvent the mobile space MMO landscape!

MUSTGAMES, the developer behind this sprawling space strategy MMO, managed to impress Epic Games with their new project and won the much-coveted Unreal Dev Grant. Thanks to the generous funding, Rogue Universe is about to turn into reality and challenge players to take over the universe! 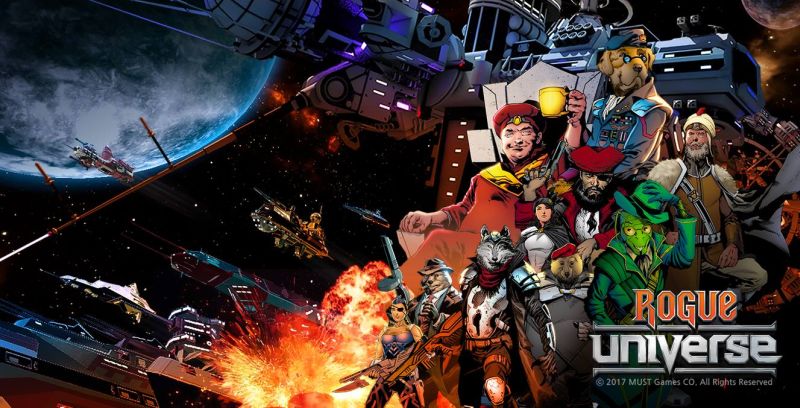 From joining guilds to building ships, merciless pillage, or completing challenging missions, Rogue Universe will put your strategy and leading skills to a serious test. You decide how to play the game. You can either team up with your guildmates and play cooperatively, or you can play tough and run players off their planets and pillage their homes.

Rogue Universe will take you on a trip to space in “universe year” 1983, a time when the universe is governed by 3 main alliances: U.N.S., Black Flag, and Zurich Bank. These factions are the ones in charge to determine which space areas are safe to fly through and which are the hostile ones. It all depends on who you side with!

You will start off small. But playing smart can make you run the whole universe. You will be in charge of building your ship, recruiting and maintaining your crew, completing missions, gathering resources, or adding reinforcements and stabilizers when necessary. As a commander, you will have to come up with smart battle plans and send your fleet out into battle on your behalf. To reach your domination goal, you can use your diplomatic skills to forge alliances and switch them as you see fit.

Are you ready to venture on the path to total space domination? Rogue Universe is already available in Canada on both Google Play and App Store.