Space Marshals 2 is the second title in the Space Marshals series for iOS and Android developed by Pixelbite Games. It is the sequel to the first Space Marshals game and is a stealth and action adventure hybrid that will test your reaction time and tactical thinking. The basic controls are similar to what you are used to, left side to move and right side of the screen to shoot. You can change weapons by tapping their icon at the bottom of the screen and you can cancel shots before you take them by dragging your finger towards your player character.

The game is an action-stealth hybrid as you can toggle stealth mode by tapping anywhere on the screen. This gives you a lot of options as to how to approach a given combat situation. In order to ace the levels you will need to be cunning and aggressive in equal measure, so let’s dive in to tips and strategies to ace the game!

Unlike many modern shooters these days, Space Marshals 2 does it old school and only lets you take two primary weapons into battle, this means you will have to choose your weapons carefully so that you will be prepared to handle any situation that comes your way. There are a number of weapons in the game that will be familiar to those who have played shooters in the past. Classics such as shotguns, machineguns, pistols, and snipers all make appearances.

One good strategy to diversify your weapon loadout is to have one weapon that you use most of the time and another as a backup. Keeping a sniper rifle is great, but what happens if you’re cornered by an enemy you didn’t see? The sniper rifle only fires one round at a time and has terrible reload speed. That’s where your secondary weapon comes in. Ideally you will choose something fast or powerful to get the job done quickly i.e. a machinegun or a shotgun.

Another thing to consider when choosing your weapon loadouts is if you want silenced weapons or not. Silenced weapons have poorer damage, but are completely quiet and if you ambush an enemy i.e. shoot him without being seen, then it will most likely kill them instantly as they do double or triple damage. The problem with silenced weapons is that if you get discovered they will have a tough time finishing off the multiple opponents who are now aware of your presence, negating the ambush bonus. So if you’re taking a silenced weapon into battle, be sure to back it up with some ordnanace that can dispatch enemies in a pinch.

The key to stealth games is patience. Enemies will usually patrol the same routes in certain areas and will not seek you out unless you attract their attention. So before you go rushing head first into the level, take some time to learn where the enemies are patrolling so that you can move through the level with a rough idea of where the enemies will be at any one time.

This also applies to when you are planning to make an attack. If you are going to take a shot against an enemy, make sure you know if his friends are nearby or not. Enemy bodies will disappear after a short time, so if you kill one before his friend comes back you will be able to stay hidden. This is the key to acing stealth games, waiting. You need to identify the patrol patterns of the enemies, pick the right time to strike, and then move in for the kill.

As well as knowing the perfect time to strike, you need to understand the nature of the enemy that you are fighting. Space Marshals 2 employs a vision cone system for all hostile enemies. In other words, an enemy’s vision will be represented by a red cone, stay outside the cone and you will stay hidden. The AI in Space Marshals 2 strictly follows the vision cone system, so as long as you are not touching any red you will be more or less unseen. This leads to situations where you can skirt around an enemy’s vision, even though they would definitely see you in real life. So don’t be afraid to engage enemies up close, just stay out of the cone.

The most common example of how this can be used is for stealth takedowns. If you are crouched behind cover or around a corner then enemies can’t see you. When they walk past you will be able to quickly get behind them and take them out silently. This is even the case if you approach them from the front. Enemies will be alerted to your presence, but if you are fast then you can circle around them for a takedown. Just make sure no other enemies are in the vicinity or they will shoot you, negating the effects of the stealth takedown.

4. Stay Aware Of Your Surroundings

One last piece of advice is to stay aware of your surroundings. The levels in Space Marshals 2 are carefully designed to allow you to take advantage of many different playstyles. Keep your eye out for exploding barrels that you can trigger for an easy kill and for cover that can be used (by you and your enemies).

Not only that, the environment can help you turn an ambush into a tactical advantage. Enemy AI is quite simplistic, so if you alert them they will generally rush in your general direction. Knowing this you can enter a room, alert multiple enemies and rush out the door. Once you’re outside you can take a vantage point and quickly blast them or shoot them while they file out the door towards you.

Another thing you have to stay aware of is the mini map on the upper right corner of the screen. Your field of vision will be quite small and if you are not careful it is easy for enemies to get the drop on you. In order to avoid this make sure you keep your eyes on the mini map while you are traversing the level and planning your attack. This way no one will be able to surprise you. You can also use the mini map to keep up to date with all possible entrance and exits for a given room, which can give you a way out in a pinch, or that can help you lay a trap for unsuspecting enemies.

That’s all you need to ace the game! Follow these strategies well and you will be well on your way to becoming the ultimate space marshal! 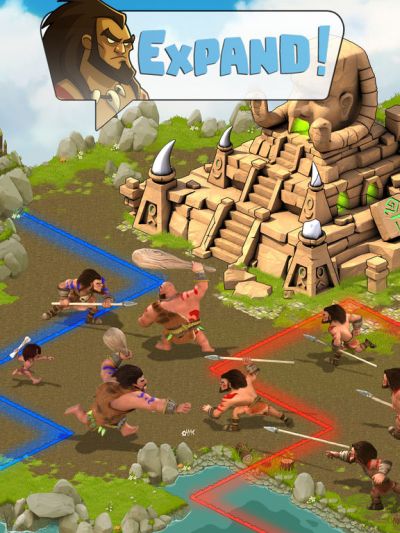 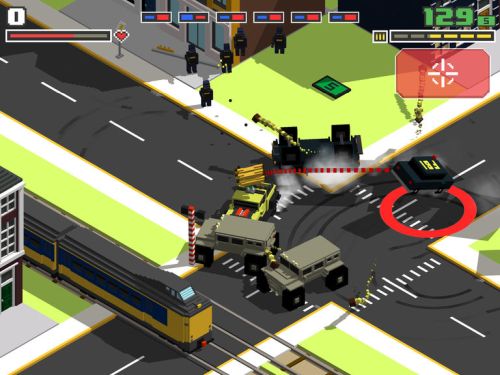 How do I get additional gun options? You were mentioning about silenced guns and I've seen a few videos of a player using extremely deadly weapons.