Sega brings one of its most iconic characters to mobile devices! Sonic Forces: Speed Battle is a player versus player racing game for Android and iOS platforms. In Sega’s new game you can play as one of the many characters from the Sonic the Hedgehog series, including Sonic, Tails, Amy, Knuckles, Shadow, and Rouge. Feel free to choose your favorite because speed will not be the only thing that matters in this game. You will have to run, dodge obstacles, attack your opponents, and leave behind traps in order to succeed! Brace yourself because you will be going against players from all over the world, on tracks that range from wacky to insane. Winning will depend entirely on your strategy. If you need help, however, you can rely on our Sonic Forces: Speed Battle tips and tricks to ensure your victory!

The courses in the game range from a little wacky to flat out insane. It is easy to get distracted by all that is going on. Stay focused and alert at all times. Try to look ahead so you can anticipate any upcoming obstacles and adjust your path accordingly. On top of that, keep in mind that your opponents can launch attacks at any time. You will see an exclamation point on top of your character if there is an incoming projectile. You will have a split-second to react before you get hit. You might not even notice the exclamation point if you are not paying attention. If you can dodge all hits and evade all obstacles, you might not even need to retaliate because you will surely make it to the finish line.

If you are a fan of old Sonic games, you should know that collecting those gold rings will help you. Try to pick them up as much as you can because they will help you reach top speed more quickly. Of course, do not sacrifice your run for the sake of a couple of rings. If you know there is an incoming attack, or there is an obstacle up ahead, then you can skip the rings to avoid the risk of getting stalled.

3. Use Gold Rings As Bait

On the flip side of our second advice, you can use the gold rings as bait to increase the chances of hitting your opponents with an attack. If you have an opponent in front of you and you see that there are some gold rings coming up, you can prepare for an attack. Since your opponent will most likely switch to the lane where the gold rings are, you can switch ahead of him and launch an attack right before he reaches the rings. This way, your attack will land before he can realize he is being targeted.

The game randomly assigns one of your characters as the Star Runner every day. Always check which one is your Star Runner before starting a game. Using this character will give you double the rewards. Take advantage of this because even if your star is a relatively weak character, the earnings you get will more than make up for his performance. You can boost your earnings even more by watching the video offer at the end of the run. This will give you a total of four times your usual earnings.

The Star Runner bonus only lasts for five races. After that, you are free to choose your favorite. All the characters in the game have their own strengths and weaknesses, so picking the right one really depends on your playstyle. The best thing to do is to have a test run for each of the characters you have, so you can get a feel for how well they work with your style. Also, don’t forget to check out the skills of each character, so you have an idea of what they do before you even start a race.

You should be vigilant at all times, but you should be even more careful when you are ahead. You will have multiple players targeting you with their attacks. In order to maintain your lead, make sure you randomly switch between lanes even if there are no obstacles to avoid or rings to pick up. Try to confuse your opponents to prevent them from attacking you. A mobile target is usually more difficult to hit, but veteran players can still get a shot in if you are too predictable in your movements.

So, make sure you don’t just move back and forth between two lanes. Keep your opponents guessing what your next move is until you finally cross the finish line.

Sonic Forces: Speed Battle gives you the ability to upgrade your runners. This will help them perform even better during the races. Unfortunately, upgrading can be very costly. You will not be able to afford to upgrade all your characters when you are still starting out. Trying to upgrade everyone evenly will just delay your progress because they will all be performing at a lower level. Instead, pick one or two of your favorites then invest most of your resources in them. This will allow you to win more races and gather more resources. Once you are more established, that is the time for you to start investing in your other characters.

When you have enough resources to spare, you should start spending on your other characters. Remember, you will have a different Star Runner every day. There is a good chance that you will need to use some of your least favorite characters for the sake of maximizing the Star Runner bonus. Investing in these extra characters later in the game will help you maintain a well-rounded pool of runners. Of course, it would also help keep things interesting if you can pick different characters once all of them are leveled up.

It’s time to pick your best runner and go straight for the finish line in Sonic Forces: Speed Battle! Just follow the tips and tricks above and you will surely win every race! 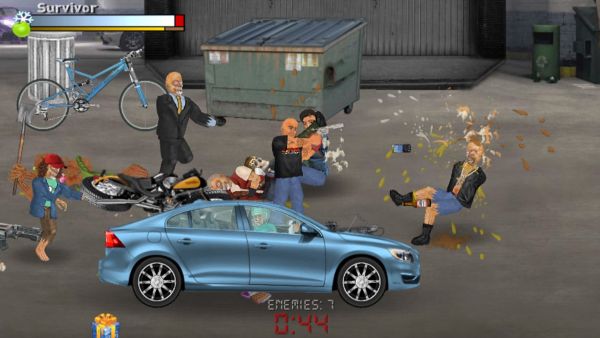 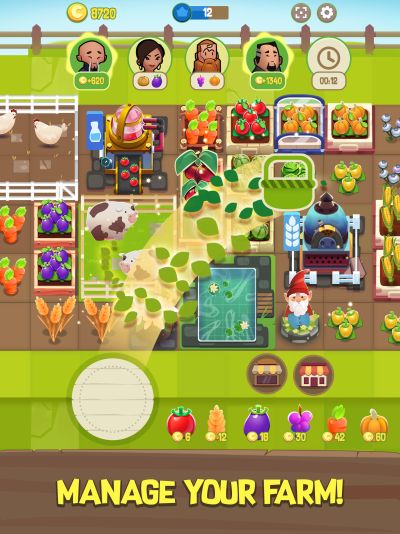