Are you a mom who is tired of her kids jumping up and down around the house or are you a dad who just can’t take your kids out to the park every time they start whining? If you want a perfect solution to the boredom of your kids as well as your peace of mind, look no further than the Smart App for kids: Shopkins World. The app has been developed and released by the famous toy makers Moosetoys under the gaming house name of Mighty Kingdom and it is the official app for the kids cartoon series by the same name of Shopkins which is immensely popular especially among kids who are 5 to 12 years old. Shopkins World is available to download and play for free on iOS devices from the Apple iTunes App Store as well as on Android devices from the Google Play Store. The game has a huge fan base which mostly consists of mothers and their kids and as such it receives regular love from the developers based on the suggestion and reviews that they receive from parents. The most recent update to the iOS version of Shopkins World occurred on 3rd January 2017 and delighted players with the continued sled shopville event after Christmas.

Shopkins World is a Smart App for kids based on the same model of interactive learning and education that can be seen in many other games available to download and play for free. However, this game sets itself apart from the general crowd by introducing beautiful graphics as well as super cute characters which are an absolute delight for kids. This complete package does not exist in any other game of this genre and it makes Shopkins World a visual treat to look at even for the parents who might join in with their kids such is the appeal of this game. In Shopkins World, you can unlock all the characters from the cartoon series of seasons 1 to 6 and as you unlock them they are available for you to access from the Shopkins store inside the game. There are no set gameplay mechanics in Shopkins World partly because it is designed to be a game for kids and given the attention span that they have, the developers have taken great care to avoid making the game too complex to understand while also ensuring that it is sufficiently difficult to pose a challenge and grab the interest of kids and even their parents.

There are thirteen different shops which can be accessed in the game and every shop has its own set of levels and progression achievements to unlock as well as bonus characters that you will get on a perfect level performance. These shops are mini games within Shopkins World and each has a different objective mainly focused upon either providing kids with a fun way to pass their time or make them learn something new in an enjoyable manner. Each of these shops is controlled by the main characters in the cartoon series known as Shoppies and further extra characters from the cartoons can be unlocked by completing the objectives rapidly.

Shopkins World has a very gradually sloped learning curve and the difficulty level increases at a very comfortable pace so that kids can cope with it and not put down their iPhone or iPad because the game just got too hard for them. Having said that, there are some mini games in Shopkins World which will require you to assist your kids and if you think even you cannot figure out the solutions to a particular mini game, well that is what this guide is here for. The self-explanatory games have not been discussed in this guide and as you read on you will be introduced to tips and tricks that will give you a boost on your journey through Shopkins World and make the game even more fun and memorable for you and your kids.

One of the highest difficulty level mini games in Shopkins World is the bakery shop where your kids will be taught an important skill while they enjoy themselves. Yes you guessed right, the kids will be learning how to make cupcakes and not only simple cupcakes but sparkling delicious cakes that would make any real baker envious. However, the task at hand is not as simple enough as it seems. Your kids might have seen you baking in the kitchen before but if they haven’t now is the right time to introduce them to the real life kitchen at the same time as they play this mini game on Shopkins World. This little trick will ensure that they make the most of what they are learning from the game and observe its real application right in front of them.

Shopkins World encourages kids to do all the baking work by themselves so you should also allow your kids to emulate what they are seeing in the game into your real life kitchen baking. It is understandable if you do not want to give them access to the oven but other than that the game practically walks your kids through all the steps needed to bake a perfect cupcake. From adding egg and milk to the mixture to blending it for the correct amount of time to ensure perfect consistency, this mini game in Shopkins World teaches it all. You might even be surprised that the mixture prepared by your kids may even turn out to be more delicious than what you are able to achieve in the kitchen. Thought you couldn’t learn anything from a kid’s app? Think again!

Gold coins are the main in game currency in Shopkins World and you will have to collect as many of these as you can in order to unlock extra characters and perks in the game. There are two ways of collecting coins in Shopkins World. The primary way is to complete the level of mini games with perfect stars which will enable you to gain the most number of coins. This should be your primary objective and this aim can be achieved through a variety of skills depending upon the mini game and type of level that you are at. For example, in the bakery shop, if you are able to complete baking the cupcakes and then succeed in applying the correct amount and type of toppings, you will be awarded with perfect stars and you will see your progress bar on the top right corner fill up until it rewards you with a random Shoppie character from the available pool.

Another way to gain coins quickly is through the usage of VIP codes and wallet cards in the game. This is of course for those parents who really want to keep their kids engaged through Shopkins World. If you are willing to pay the extra cash, a steady stream of coins is ensured to your kids balance in the game through active bonuses and additional perks with every mini game. This option is not recommended however for the causal player and if you are afraid that your kid will remain glued to the screen of your smartphone for hours on end. Even though it provides an effective boost and greatly increases your coin collecting capacity, it is really all up to you as a parent and your ability to be able to consistently spend on a not so useful real life perk for your kids.

In Shopkins World, your kids can interact with the cute little cartoon characters from the cartoon series. They are available when you go out for a stroll on Shopville Street and they will interact with your kids depending upon their level and the mini games that they have just completed. These characters are super cute and your kids might get lost in their visual delights but there is a greater objective to these Shoppies wandering seemingly aimless through the streets of shopville.

Whenever you click on a particular character it will provide you with a small introduction and then some details about what you can expect from the mini game attached to that character. Also be careful of what these Shoppies say because they often slip in hints and tips on how to get a perfect score on your next mini game between small talk and unless you are listening attentively, these super useful hints will go to waste. The Shoppies also give you some bonuses and in some rare cases gift you gold coins so be sure to talk to every Shoppie that you see on the streets of shopville because even if it might seem a boring task at first, their cute and attractive dialogues will definitely warm up your heart and who knows you might even get free gold coins as a reward of just talking to the Shoppies.

So what are you waiting for? Download the app and let your kids have the time of their lives! 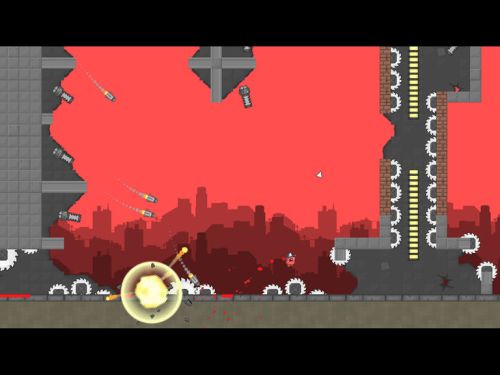 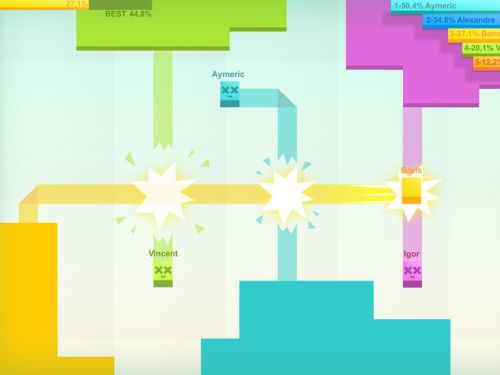