An entire universe of heroes with superpowers that you might never even have heard of! Are you ready to take the plunge and become the next fearless defender for all mortal humans? Or are you just plain bored out of your mind? The solution to your hundred and one dilemmas in life is here. Battle your frustration and boredom by devising brand new strategies and battle plans right on the screen of your smartphone in the brand new game Secret Kingdom Defenders. This turn based action strategy game is a product by the gaming powerhouse of Dopplet Hat Games. Secret Kingdom Defenders is available to download and play for free on iOS devices from the Apple iTunes App Store as well as on Android devices from the Google Play Store. The game comes in a reasonable package size of 108 MB. In addition, the game receives regular love from the developers and they pay close attention to the suggestions and criticism from players striving to always maintain and increase the standard of this game. The most recent version of Secret Kingdom Defenders is version 1.0.7 and was updated on 14 February, 2018 bringing with it new Lunar activities for the year.

Secret Kingdom Defenders is one of the rare purely action strategy turn based games available both for Apple and Android operating devices.The mobile game Secret Kingdom Defenders basically continues upon the original legacy of strategy based browser games and incorporates all the elements of gameplay in addition to providing a beautiful looking and highly interactive user interface. Where the original strategy turn based browser games were just mindless games where the main objective was to summon as many creatures onto the battlefield as you can, the mobile game builds upon an interesting storyline and takes you on an unforgettable adventure as you compete with your friends on Facebook and social media for the title of the Ultimate Hero in Secret Kingdom Defenders!

The gameplay mechanics of Secret Kingdom Defenders are fairly straightforward and the game is designed to be played comfortably by players of all ages and genders so naturally the difficulty level is quite low. However, earning the title of Ultimate Hero in the game is something reserved only for the most dedicated and passionate players. The game has an exponential reward rate but that comes coupled with an even more sharply increasing price rate for upgrades and power ups in the game.

Purchasing in-game items or the Golden Coins as they are referred to in Secret Kingdom Defenders is also an alternative option for those players who think they might suffer from hypertension from following and being responsible for the outcomes of so many battles on the screen of their smartphones. Therefore, if you are not a pay to play player, this guide includes some tips on how to proceed with your upgrades in order to level up the fastest and follow the fastest path to becoming the Ultimate Hero in Secret Kingdom Defenders!

In each faction of heroes and characters available to you, there is an ensemble of two different kinds of Heroes. “Melee” heroes are the characters which can only attack physically and from a very close range. These heroes usually wield weapons like swords, lances or axes and have a very high attack power and strong close range abilities. Their lack of range is usually compensated for by their large health points and good defensive as well as offensive skills. Similarly there are “Ranged” heroes in the game which can attack from different distances varying from character to character in the game. The Ranged heroes are usually found in the marksmen and archers section and also have a fair bit of magic at their disposal. This allows them to attack enemy characters and heroes while staying at a safe distance. However these ranged heroes have much lesser hit points as compared to the stronger Melee heroes and therefore are much easier to kill. They also usually have a lower movement speed and a slow turn rate so escape is usually harder for them if caught unawares by a Melee enemy hero.

Both Melee and Ranged heroes have their uses in different games and your chances of winning or losing are partially already decided while the Hero picking/summoning phase is under way. For example, if your team has only Melee carry heroes and does not have a single Marksmen or Archer Ranged hero, it will do very badly for you in the early game phase especially if there are a lot of enemy monsters lined up against you. This hero line up has great late game potential due to the immense damage per second output of an all Melee team but it will be actually very hard for the Melee heroes to reach a point that will enable them to make items that will help them deal that damage in the late game phase. Similarly an All-Ranged hero team is a recipe for disaster because a single Enemy Melee hero with higher attack can easily take out two to three ranged heroes on his own without dying.

There is simply no defined criteria for choosing the line-up for your team as the process is not under your control and the game throws random heroes at you for the purpose of bringing forth into battle. However at the higher levels, it is prudent to actually plan during the extra time before picking any heroes and aim for combination line-ups. This is an excellent strategy in most cases and creates great synergy between the summoned heroes regardless of whether they belong to the same faction or not. A team that is entirely focused on exploring new areas or a team that includes many high attack heroes will surely be able to end the game much faster than a team which has heroes fighting solo after each battle. Remember, Secret Kingdom Defenders is a strategic effort and you can win a game only and only if you synergize your plans with the requirements of a particular level.

So you have decided to become a Warrior! This is the chosen path of the true men who never hesitate to give their all in the quest to rise above the mortal quagmire of simpleton fighters. Beware of the dangers that will beset you when you take this path for they are not few and certainly not easy to overcome. The first and foremost requirement of following the path of the Aggressor is to make sure your mind and senses are very well rested and you are not in a family gathering or public event where you could be scolded for the extreme shouting behavior that you will be most definitely prone towards. You begin with only a single hero on the floor of the dungeon in the center of the screen of your smartphone. Click on him and you will be able to order a set of instructions involving either physical attack or turn based moves.

No extra perks or benefits are available to you at the start of the game but as you progress to the higher levels more and more different types of both ranged and melee heroes become available to you along with many upgrades and power ups that start to unlock. Remember, you have chosen the path of the Aggressor so it is best to invest your earnings and rewards into upgrades and perks that increase the power of your melee warriors as they are the ones th
at will enable you to destroy enemy heroes much faster and ultimately kill their nexus.

Getting many levels into useful upgrades will be quite difficult as the coin requirement for each successive upgrade exponentially increases. Another core tip for all players who have decided to follow the path of the Warrior is to avoid spending golden cookies on additional features like “Lucky Spin” or the “The Wheel of Fortune”. Both of these features eat up your gold coins very fast and you will not be able to save up for the later perks which give you a really huge boost like the “Summoners Chasm” and “Lightning Strike” perk both of which nearly double the tap multiplier you can achieve for a short period of time.
At the end it all comes down to how much time you can spare for this epic time wasting game. Be mindful of the fact that devising new strategies and summoning heroes is a very addictive experience and you will find yourself unable to think about anything else while you are senselessly tapping away on the screen of your smartphone. Therefore choose with caution and do not let Secret Kingdom Defenders take over your life and the human Universe!

Secret Kingdom Defenders is a game that pits your skill against the talent of thousands of players from all around the world. In order to prove yourself worthy of being called a Legendary Hero, you have to practice as much as you can in this game. An essential part of being called a good player of Secret Kingdom Defenders is to have killer reflexes and an extremely short reaction time. This is a game in which team fights take at most ten to fifteen seconds and in that limited time you have to make split second decisions about which skill to use or to retreat from the enemy and save your heroes from dying unnecessarily. This perfect timing that you will notice in many pro games and competitions is a product of sheer hard work and countless hours devoted to practice in the game.

In the first few levels of the game you will be falsely led to believe by the in-game tutorials that there is plenty of time available for you to easily fight your way out of every battle. However do not trust the developers on this because they have made sure that you are forced to try hard to even barely survive during the later levels. During the higher levels, you will instantly feel pushed by the need to fight and get your turn as fast as you can because if you don’t the enemy will run you over destroying your team’s nexus and you will lose.

A key reflex that you need to focus on developing is the use of your skills. Instead of trying out a new hero every other day, choose a single hero that you like or you think you can play well after summoning him into battle. Give two to three hours of practice to fully understand what each skill of that hero does. Some new players get exasperated when a fight starts and begin to spam all of their skills. This is the main cause of those team fights with the enemy that end pretty badly for your side. Each of your hero skill has a defined Area of Effect and using it beyond that area will net you no damage on the enemy heroes. Also, each skill has its separate mana cost which varies wildly and spamming all skills at once will only leave you drained of all your mana. This makes any kind of repeated fighting with the same hero almost impossible for you.

Another reaction that you need to master is the sixth sense of detection in this game. This sense only comes with time as you play more and more games. Having a good sense means you literally get a gut feeling that something is wrong and you might need to summon more heroes to combat an enemy ambush when times require. At other times you might feel a knot in your stomach before a team fight is about to start and this gut feeling allows you to anticipate the enemy’s attacks ahead of time. Use this sense to your advantage and become the Ultimate Hero in Secret Kingdom Defenders. 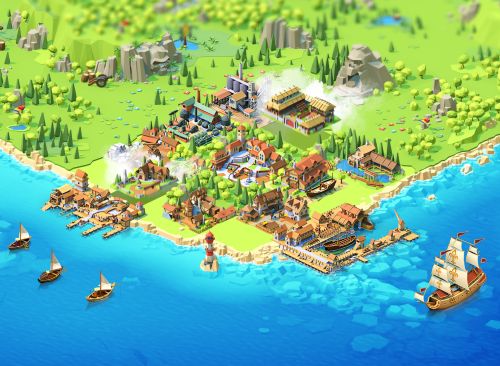 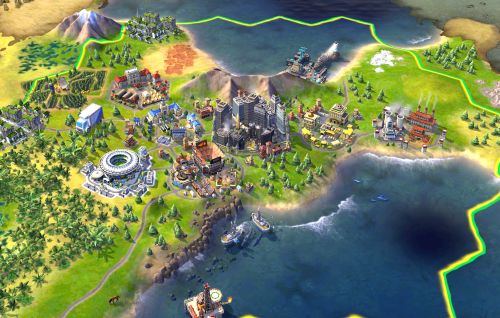