Runewards is a competitive strategy card game from FredBear Games, that’s now available for Android and iOS devices. The game is set in a fantasy world filled with forest spirits, noble knights, dark creatures, and a lot more. You will need to assemble a deck using various Heroes, Units, and Spells before you can challenge your opponents. Don’t focus too much on power, as there are more creative ways for you to win. Outwit and outplay your opponents. Bluff them into surrender. Build up your deck by simply playing even more games. Open chests that will reward you with more cards that you can use in battle. Once you are confident in your skills, you can join Seasonal Leagues. The higher you go in the rankings, the better the rewards you will receive. If you need help in building the ultimate deck, make sure you check out our Runewards strategy guide for some help!

While it may be tempting to throw everything you have at your opponent in a single round, resist that temptation. Keep in mind that you will not be defeating your opponent in a single round. That means you will be leaving yourself vulnerable for the succeeding rounds if you use up all your cards. Since you get new cards at a very slow pace after the first round, it will be difficult for you to build up your defenses once you have exposed yourself. Your opponent will also be more confident in attacking you when he sees that you don’t have enough cards to counter.

Instead of going all out with your attacks, it is important for you to think about the long game ahead. Look at the cards you have, and consider the future plays you will be making. Check if any of your cards have any special effects that you can take advantage of. Make sure you are using synergies to your advantage. The card with the highest power is not necessarily the best option. Analyze everything on the board and always stay two steps ahead of your opponent.

While dueling with other players is the main point of the game, completing quests is just as important for you to progress. Quests will reward you with a lot of gold. You will need a lot of gold in order to purchase chests and unlock more cards. Since more cards means you can build stronger decks, make sure you invest as much time as you can in completing quests.

4. Save Up For The Ancient Chest

There are several chests that are available for you to purchase in Runewards. The more expensive the chest, the better the rewards will be. Since having hundreds of low-level cards won’t help you much, it is better if you hold on to your gold until you have enough to buy an Ancient chest. It costs a whopping 1,000 gold, but you are guaranteed to get a Mythical card, so it is definitely worth the wait.

5. Switch Up Your Deck

Do not be afraid to experiment with your deck composition. You don’t have to stick to a single faction of cards. In fact, you might be pleasantly surprised by some of the most oddball combinations. Carefully read each card’s description, and see if you can find some good matches for your deck. Make sure you play a couple of test games with the AI, so that you will have a better idea on how to play the deck you have assembled.

One of the most important features of Runewards is the concept of Territories. Understanding and mastering the relationship of your cards with the Territories. Some cards can be used to move around a Territory, such as the Teleport card. Other cards have certain effects on others that are within the same Territory. An example of this is The Sentinel, which gives all allies in the area two additional points in power. Create a deck with these effects in mind in order to maximize the utility of Territories.

7. Learn How To Counter

Successfully countering your opponent’s advances involves effective use of Reaction cards. You will need to be able to predict your opponent’s moves if you want to be able to counter them. Using the right Reaction card at the right moment can help you gain the upper hand in even the direst situations. There are several cards that have these effects. One example is the Mageslayer. At first, it looks like a weak and useless card, with just 1 power. But if your opponent has a spell card in his hand, the Mageslayer will gain immunity as well as 5 power. Another example is the Naturesmith card which gains 4 power every time your opponent draws a card. If it can survive multiple rounds, it can be a force to be reckoned with.

8. Use The Right Spell Cards

Spell cards are great when used correctly as they immediately affect the battlefield. Some of them, like the Tremor and Powerlust cards, impair your opponent’s abilities. Others are more direct, and more devastating. One such card is the Cycle of Death, which instantly destroys cards. Of course, this does not mean that you should stuff your deck with nothing but Spell cards. Learn the right balance between the different types of cards. Spell cards are best used as secret weapons to surprise your enemies with. Your Heroes and Units should still do most of the work.

9. Keep An Eye On Power Levels

The player with the highest power value at the end of the round wins. Before you get carried away with playing your cards, make sure you pay attention to the power levels. There are times when it looks like you are beating your opponent’s Heroes, but he is actually sneaking power levels past you. Play with the goal of raising power values in mind. It doesn’t matter how much stronger your opponent is, as long as you have the higher power value at the end of the round, you will win the game.

The key to winning any card game is the ability to utilize the cards you have to their full potential. Just follow our Runewards strategy guide and you will be able to do just that. We hope you’ve enjoyed this list of tips and tricks. If you have anything to add, don’t hesitate to leave us a message in the comment section! 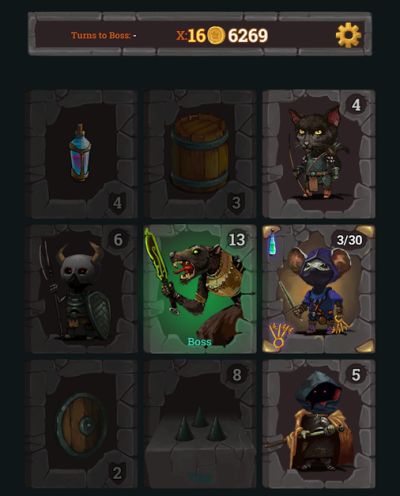 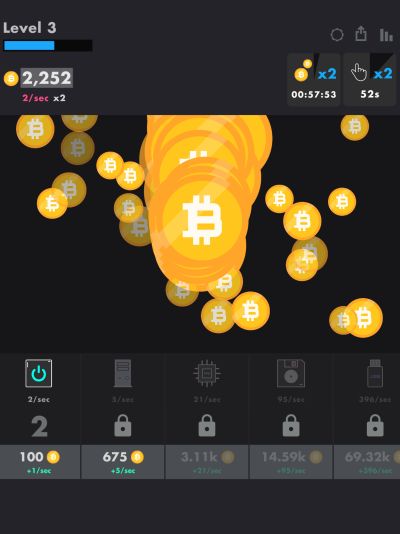