Quantum Siege is a new iOS and Android strategy game from Armada Interactive, and it takes place in an alternate, unusually high-tech version of the history we know, with three unique game modes to choose from. You can complete more than 250 levels while playing the single-player Story mode, or take part in arena battles against human players in Versus mode. There are also special events with unique rules, making for the third game mode. All of this takes place in a patented spinning battlefield, and aside from the dozens of units you can mobilize during Story mode or PvP sieges, there are 16 unique heroes, also known as the Chosen — the “powerful leaders of Earth’s armies.” Can you lead your army toward victory against the evil Architects?

There’s a lot to learn about this game, and as it is, we’ve taken up a lot of space discussing some of the more basic things you need to know about this stunning, and oftentimes thrilling new strategy game. But we’ve put together some tips and tricks, and come up with a Quantum Siege strategy guide designed for the newbie player. Read on as we talk you through some of the most important things you need to know if you’ve just started playing this game!

Once you’ve completed the tutorial stage, you should have a nearly-complete army, with one spot for a Chosen (the game’s heroes), and one spot for a Siege Engine. (Those spots will be filled up by Tara and the Flechette Guns respectively.) But you won’t be completely on your own after the tutorials are over and done with. Before each siege, you will be given a “threat” briefing of sorts, where the game will detail unique elements about the enemy’s composition and strategy, and some of the steps you should take to defeat the enemy. Of course, you won’t be spoon-fed with everything you need to beat the bad guys, but you may get some helpful tips, such as which units to deploy at a given time, or which Chosen you should be including in your army.

It’s also very important that you have a good sense of familiarity with your army. Having two Chosen, four Squads, and two Siege Engines (for a total of eight slots) could be overwhelming, which makes it essential that you review each unit’s stats, their active and passive skills, and other important information. Tap the Armies tab, and tap on a unit to view more information about them. Then you’ve also got your special skills, which can be activated on the right side during sieges — read about them and know how they work!

Knowing what each unit does could go a very long way in the battlefield, so make the most of the resources Quantum Siege gives you when it comes to knowing who’s on your side!

3. Make Sure Your Army Is Upgraded Before Heading Off To A Siege

As you earn more Keys in the game, you will get to upgrade your Chosen, as well as your other units alike. Simply go to the Armies tab at the bottom of your screen, and upgrade everyone who can be upgraded at any given time. That’s going to ensure that your army is sharp at all times, especially after you finish the first campaign in Fight for Albion. You will also know if you need to make some upgrades by looking at the difficulty of the available sieges — if it says Normal difficulty, then you can proceed and do battle, but if it says Hard, you may need to perform a few more upgrades before you’re up to speed and well-aligned with the opposition.

As we explained, keys are the key, pun somewhat intended, to leveling up your Chosen and the rest of your army. So how do you get them anyway? Well, first of all, the obvious best source of keys would be the sieges. Winning a siege would get you an Alpha, Beta, or Gamma key, among others, with Alpha containing the most common upgrades, and Gamma (at least for the first campaign) containing the rarer ones that could do a world of good when improving your army. You can also get keys for completing a certain number of sieges in an individual campaign, or by taking part in the limited-time events.

Deploying units in Quantum Siege isn’t as simple as swiping on a unit to move them to the battlefield. Other games will automatically do the aiming for you, but there’s no such feature in this title. Instead, you’ll have to manually aim your Siege Engines in particular to make sure that they’re hitting the target. Tap on an individual ranged unit to adjust their aim — it’s actually quite easy, if a bit inconvenient. Also remember that many levels will require you to destroy a big and beefy enemy turret/projectile before the forcefield disappears and the other enemy units advance toward your army; you may also have to deal with some melee units right off the bat, while at the same time aiming at the enemy turret/projectile. That means you should complement your Siege Engines with some high-HP melee units that can soak up damage, while dealing a lot of it out; having a ranged squad backing you up in such a situation is also a good idea.

6. Grinding With A Twist

The good news is that you can replay sieges you’ve already completed in Story mode, if you’re trying to farm for experience to make your units and your Chosen more powerful. The bad news? As we’ve seen, there’s a bit of a twist in Quantum Siege that could make grinding a bit of a hassle. You can only start grinding once you’ve finished all sieges within a given part of a campaign, and once you start grinding, you’ll start off at the very first siege and would then need to complete the remaining ones in order. It’s far from the ideal situation, but at least there is a way to farm/grind, and a way to replay completed levels.

7. Take Part In The PvP Mode For More Heroes And A Ton Of Rewards

Playing in Story mode can be a bit of a drag, but it’s important that you go through it and complete more campaigns, as that’s going to unlock about half of the Chosen in this game. As for the second half, those heroes are only available if you compete against some human-controlled enemies in PvP, or Versus mode. This is an arena mode where you can take on real players from all over the world, and there are tournaments going on where you can win a ton of rewards, including coins, gems, and keys. As we’ve seen, there are Tier 1 prizes for the first-placer, Tier 2 for the second-placer, Tier 3 for the third to sixth-placers, and Tier 4 for everyone else. Even if you’re with most of the bunch at the fourth and final tier, you’ll still get a lot of in-game currency, so there’s really no downside to fighting in the arena! Also check the rewards per arena, as that’s going to show you the units you can win as a reward, as well as the Chosen you can add to your army.

8. Don’t Use Your Gems To Speed Up The Keys

Depending on the rarity of the key you win as a reward, it could take some time before they are fully activated and the rewards become available to you. You will have the option to use gems to speed up the process, but we strongly recommend that you don’t get too impatient by using the gems for that purpose! It’s seldom ever a good idea to spend gems (or similar premium currencies) to rush any kind of activation or unlocking process. Your mileage may vary when talking about spending gems in the in-game store to buy coin packages, but the best things you can spend with your gems, by far, are the rarer keys available in the store. Keys with designations such as Delta, Omega, etc., will come with rarer units and/or Chosen, and bigger upgrades for existing units, so just be patient and save up for some campaign keys in the in-game store if you really want to use your gems!

As for the coins, which are the game’s common currency, we’re going to try to keep it short and sweet — you’ll be much better off spending them on upgrades for your army. Sometimes, you may find some new units or upgrades in the in-game store, albeit on a limited-time basis for most. That’s another place where you can spend your coins at, though we still believe that coins are ideally used when upgrading something (or someone) who’s already a part of your army (or armies).

10. Take Note Of Houses / Affinities When Building Your Armies

Quantum Siege allows you to build up to four different armies, but it’s not like you can mix and match units and Chosen willy-nilly. Each Chosen and unit has a specific house, or a specific affinity, and as you push forward in the game, you will unlock more of these affinities — there are two in Story mode, and two in Versus mode. As is the case in any game with such a mechanic, some affinities don’t play nice with others, so to use a simple example, you cannot combine units or Chosen from the House of Entropy (purple) with units or Chosen from the House of Spirit (yellow).

Arena battles, as we mentioned earlier, allow you to unlock new heroes and units that are otherwise unavailable in Story mode. But in order to rise up the league leaderboards and accumulate more Honor, you’ll also need to win those battles and vanquish your foes. We won’t go into a lot of detail, as we’d prefer to focus on some of the simpler, more fundamental tips that could help you beat more human opponents in Versus or PvP mode.

First of all, you’ll need to act fast, and make sure you’re launching your special skills ASAP, especially against opponents with higher-level units or more Honor than you. Remember that your objective is to destroy your opponent’s Quantum Gate, but before you can even focus on destroying the Quantum Gate, you should focus on taking out all of the enemy’s heavy hitters. It doesn’t hurt to have one of your Chosen out there early on, with fast, powerful units such as your Army Wolves doing the heavy hitting on your end, and another squad providing support. Additionally, feel free to spin the battlefield around, so as to position your units properly, and maybe allow them a better shot at the enemy Gate.

It can be hard at first to strategize on the fly, but we can’t stress this enough — deploy units quickly, and going back to our earlier tips, be sure you know how to use them on the battlefield. 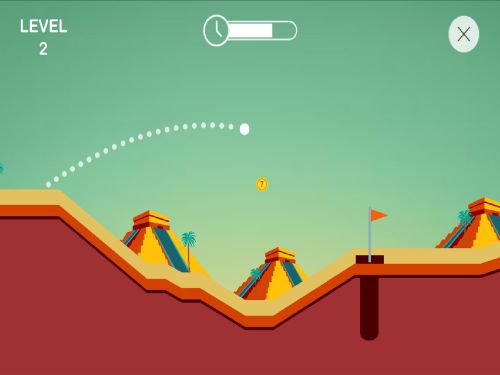 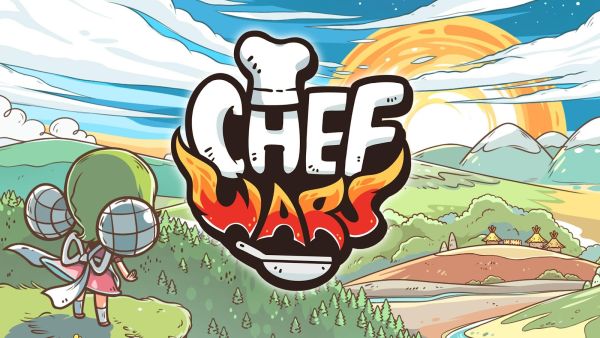