If you stopped playing Pokémon GO sometime back, it’s probably time to play Niantic’s smash hit from last year once again. That’s because the company has finally launched the much-awaited Generation 2 update, which introduces 80 new Pokémon, as well as some interesting new features. These new Pokémon include some evolved versions of creatures you know from the OG Pokémon GO, as well as new evolutions for Eevee, which, as you may know, can be evolved into three new creatures in the original version. There are also new berries which you can use to make catching Pokémon easier – no longer do you have to content yourself with the Razz Berries and their general ability to simplify the catching process.

Now that we’re done reacquainting you to the game, you may be asking us what in specific has changed in terms of evolutions, and what you can do to come up with the two new Eevee evolutions, as well as evolved versions of Scyther, Slowpoke, and other creatures from the original version. Read on, as this Pokémon GO Generation 2 strategy guide is all about the evolution process, and how to go about it following the new update. We’re also going to be touching on the two new berries added to the game – the Nanab Berry and the Pinap Berry.

1. How To Evolve Eevee Into Umbreon And Espeon

Previously, players were able to evolve Eevee into three creatures – a fire-type evolution (Flareon), an electricity-type evolution (Jolteon), and a water-type evolution (Vaporeon). But for those who aren’t too familiar with the Pokémon series in general, Eevee got itself a psychic-type evolution (Espeon) and a dark-type evolution (Umbreon) in Pokémon Gold and Silver. Since Espeon and Umbreon are included in the Gen 2 update, that brings the total number of Eeveelutions to five.

The process required to get Espeon and Umbreon is similar to how you had to rename Eevee in the original version in order to gets its original three evolutions. Take one Eevee and rename it Sakura, evolve it with 25 candy, and you’ll get Espeon – you may want to rename it to Espeon afterwards, as the creature won’t rename itself upon evolving, unfortunately. Likewise, rename Eevee to Tamao and evolve it so you can get Umbreon. It’s as easy as that, and if you’ve been saving up Eevee candies in preparation for the Gen 2 update, you can consider yourself lucky if you’ve got at least 50.

Alternately, you can change your buddy Pokémon into an Eevee and walk ten kilometers with it – that’s going to get you two Eevee candies. Evolve your buddy Pokémon and you’ll end up with either Espeon or Umbreon. That should do the job as well, but we’d say it’s far easier to individually rename your Eevees so you can control the type of evolution you’ll be getting, and tailor it to what’s missing on your PokeDex.

2. About The Evolution Items And Where To Get Them

You may also have been saving up candies for certain Pokémon such as Scyther and Golbat, whose next evolutions were expected to arrive on Gen 2. And since the Pokémon GO Generation 2 update does include those evolutions, you may think it’s as easy as having enough candy to take them to the next stage, right? Wrong.

Niantic has included a new twist in the evolution process, and now requires certain items to be present for some Pokémon evolutions. You’ll need the Metal Coat to evolve Onyx into Steelix and Scyther into Scizor, the Sun Stone to evolve Gloom into Bellossom and Sunkern into Sunflora, the Dragon’s Scale to evolve Seadra into Kingdra, the King’s Rock to evolve Slowpoke into Slowking and Poliwhirl into Politoed, and Upgrade to evolve Porygon into Porygon 2. And, as an aside, not having the required items in specific cases would only allow you to evolve Slowpoke into Slowbro, Gloom into Vileplume, and Poliwhirl into Poliwrath.

You can find all of the above Evolution Items at PokeStops – just spin the circle like you normally would as you see if you can get these special items. But if we may set your expectations, we’ve noticed that it’s very, very hard to get Evolution Items – most of the time, you’ll still be getting PokeBalls, berries, and eggs, so you may have to be very patient when trying to find even one of them! Still, others claim that they’re more common than 10km eggs and lure modules, which should at least give you an idea of how often to expect them.

3. How To Evolve Pokémon With Evolution Items

Now let’s talk about each of the individual Pokémon we mentioned above and the specifics of how to evolve them with the corresponding items.

For Onyx, you’ll need 50 candies and one Metal Coat to evolve it into Steelix; likewise, you’ll also need 50 Scyther candies and one Metal Coat to get Scizor. You’ll need much more Horsea candy when trying to transform Seadra into Seaking – a whopping 100 – as well as one set of Dragon Scales; if Horsea or Seadra aren’t common in your area, you might want to head to the beach or any similar place with a lot of water, and also make sure you’ve got some Pinap Berries, which increase the amount of candy you can get for each Pokémon caught.

Moving on to Gloom, you may be aware that this is the next evolution after Oddish, and you can normally evolve it into Vileplume with 100 Oddish candies. You’ll need 100 Oddish candies again and one Sun Stone, and you will need to hit the pink evolution button in order to transform your Gloom into a Bellossom. Sunkern, which is a Gen 2 Pokémon, can be evolved into Sunflora with 50 Sunkern candies and one Sun Stone.

When evolving Poliwhirl into Politoed, the same rule applies – you’ll also need 100 Poliwag candies and one King’s Rock, and you need to use the pink evolution button, and not the green one, which converts Poliwhirl into Poliwrath as you normally would without Evolution Items. That also applies when evolving Slowpoke into Slowking, though you’ll only need 50 Slowpoke candies and a King’s Rock. Even better, Slowking happens to be one of the most powerful Pokémon in the game, so you would really want to stock up on those Slowpoke candies to get this mighty creature.

Porygon requires 50 candies and one Upgrade to be evolved into Porygon 2. There’s also another Porygon evolution called Porygon Z, though it is still unavailable and may likely be added in a future Pokémon GO update.

4. What To Expect From The New Berries

The Razz Berry, as we mentioned, is used to make it easier to catch Pokémon, but it really doesn’t do anything too special aside from that. But it’s since been joined by the Nanab Berry and the Pinap Berry.

The Nanab Berry isn’t a berry in the truest sense of the word – it looks like a bunch of pink bananas. Its job is to make Pokémon stop moving around so erratically, slowing it down and allowing you to take a better aim at it. It appears to be fairly easy to come about, and you can use it any time you’re dealing with those Pokémon with peculiar or erratic animations that could throw most players off.

The Pinap Berry is, in our observation, the new berry which you need to go for, and the one that has the most practical usage. Again, it’s not a true berry in the actual definition, as it looks just like a pineapple, hence the name. It gives you double candy rewards for catching a Pokémon – quite obviously you don’t want to use this if you’re trying to catch Rattatas or Pidgeys, but if your sightings point you to a Pokémon you don’t get to see every day, you’ll want to equip a Pinap Berry to get you six candies instead of the usual three – if it’s a first-tier Pokémon you’re trying to catch. Now if you’re going after an Ivysaur, a Wartortle, or any other second-tier Pokémon, you’ll get 10 candies, and if you manage to snag a third-tier evolution, say, a Vileplume or a Poliwrath, that’s a whopping 20 candies, though we can imagine those third-tier evolutions are highly unlikely. Still, double candy is a sweet treat in itself, and a great way to fast-track the evolution of your first-tier creatures.

The game will only allow you to use one berry at a time, and lets you choose the type of berry you want to use on the bottom left side of the screen when you’re trying to catch a Pokémon. Normally, you should be fine using the Razz Berry, but once again, you can use the Nanab or the Pinap if you’re in a special situation where you’re trying to catch a rather jumpy or rare (this may be relative depending on your location) Pokémon. 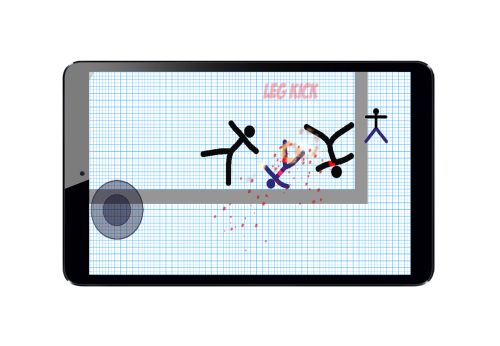 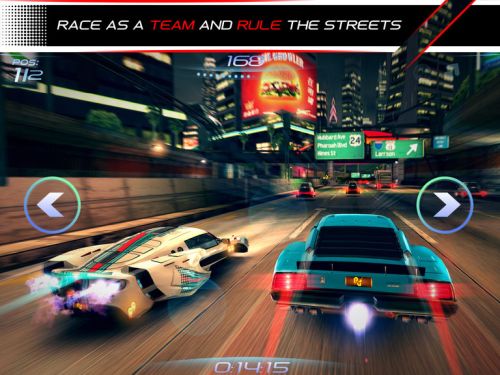