Oz: Broken Kingdom is a rather curious new iOS and Android title from NEXON, the company that churns out anime-styled RPGs like clockwork. That’s because the game is based on the Wizard of Oz, and features some of the story’s most recognizable characters, including the Tin Man, the Lion, and the Scarecrow. But true to NEXON’s forte, the game still has a very strong anime influence to it, and it features a new heroine – Ophelia Shen – whose goal is to battle the Great Darkness that is currently threatening Oz. In this game, you can control a team of classic and all-new Oz heroes in turn-based battles, evolve your heroes, summon abilities for them, and explore the reimagined Oz in its entirety as you try to restore the balance between good and evil. There’s also a MOBA mode here, where you can take on other human players in the Arenas of Oz and make your way up the leaderboards.

You’ve got to give credit where credit is due, as this game is substantially more different than NEXON’s other RPG titles. Sure, a lot of the same features are there, but like the company always does, it makes sure that all of its offerings have their share of differences on top of the similarities. And once again, there’s a whole lot to learn about this new game. So with that said, join us as we now bring you our complete Oz: Broken Kingdom strategy guide.

1. Get Your Fighting Strategies On

This is a very basic tip, but a pretty good place to start. Oz: Broken Kingdom, quite obviously, is not an arcade-style game where you need quick reflexes and similarly quick taps and swipes on the screen of your device. This is a turn-based RPG, so it all boils down to strategy and using the right moves in battle. Always be sure you know what each move does, and if you don’t, you can always hold your finger down on the corresponding button and view a description of the move and how it works. Take note of how many enemies can be attacked at once, so that you don’t end up using a powerful move that could damage multiple enemies in a situation where you’ve only got one enemy left.

Each of the main heroes in the game have their own special abilities unique to them, and it’s important that you are familiar with each of those abilities, and how certain events affect them. For starters, Ophelia’s Instinct would improve when enemies use their abilities on you. Once you max out your Instinct, you can use her Awaken skill, and that increases her speed and critical hit for three turns. That also replaces her Back Alley Blades with Blink Strike, which is a magic attack that could do a lot of damage against enemies. It’s advisable to use health and shield skills in order for Ophelia to max out her Instinct faster.

Lion is an interesting character – he gains Courage when he attacks, but loses Courage when he gets damaged. More courage is better, of course, as that adds to the bonus damage he can deal out on attack. It’s best to keep on attacking if you want to farm for Courage. He can also gain speed through Bestial Fury and Maim, to name a couple abilities, and is best used if he’s able to have several turns in before enemies are able to attack again.

Tin Man’s Oil rating improves when he suffers damage in battle, and you’ll be rewarded with additional mana once you reach maximum oil. You can build oil by surviving a few turns of attack, and by using his shield and healing capabilities to keep him healthy while you’re building up oil. Oil Bath allows Tin Man’s mana regeneration rate to improve, and once your mana is all filled up together with your oil, you can have Tin Man deal out attacks one after the other.

3. Rely On The Different Info On Your Screen In Battles

When in battle, you should make it a point to view the bottom left of your screen. That will show you the order of element, and you can use this to gain an advantage on the battlefield. Look to the far right and you will see the order in which the characters will attack, and that should allow you to have a heads-up on things before they actually happen.

If you don’t have lots of time to watch the battle unfold, you may want to hit the Speed Up button, which can be found above the elements description. Additionally, you have the option to let those extra attacks queue up, though you would not be able to go beyond ten extra attacks; anything beyond that won’t be put to good use at all. In the early goings, you can use the zero-energy attack, then you can work your way upward with that energy you have.

As you progress further on in this game, you will most certainly have some attacks you like to use more often than others. Focus on those attacks, as these are likely the ones that are more consistent with your play style.

5. The More Stars, The Better

Each level in Oz: Broken Kingdom allows you to get a maximum of three stars. Now you want to focus on earning as many stars as possible, as that’s going to give you more bonuses. But if you aren’t able to get three stars the first time around, the game gives you the option to replay older stages in hopes of getting that elusive three-star rating. And speaking of stars, you should always check your recommended star number before heading off to battle. You can still push forward if you’re a bit short of the recommended level, as razor-sharp strategies and attacks could help you perform well, even if you aren’t at the star level the game recommends.

After defeating the final boss in Munchkin Town, you can then visit Oz’s gem crafters; to be more specific, that feature becomes available at level 6. And once you’re there, you should start work on the better gems as soon as you could, as you will likely be at a point where the tougher fights in the game are giving you headaches. The stat boosts for those better gems might not look too impressive, but a little help in battle is always better than none at all. And as a bonus tip, remember that you can use those better gems to craft even rarer ones, but make sure to remove old gems from your heroes before replacing them with new ones.

7. About Quests And Wonders

Quests are another key feature of the game, and you should always be looking at your quest log. That will show you a list of objectives that you can complete while naturally playing the game, or purposefully playing with a goal to complete your open quests. The objectives may run the gamut from reaching a certain level, or crafting new gems so many times.

Completing quests can be very rewarding, but so can buying new Wonders, which can upgrade your abilities or add new ones. You can earn free cards and blue essence throughout the course of your game, and since those resources can pile up rather quickly, you can use them to buy Wonders.

8. Shuffle Your Heroes Around

As a rule of thumb, you should go with the heroes that have type advantages over any given group of enemies. But typically, you will encounter levels where there are enemies from three types or more. That means you should shuffle your heroes regularly, depending on your needs at the time. To cite an example, you may have some difficulty with Tin Man; that name alone evokes thoughts of a tank-type character, but that also means he’s got great defense, but less than impressive offense.

Should you be having some difficulty using Tin Man, you can switch to someone else, such as Ophelia, as she has the physical attributes to handle most type enemies in the game.

9. A General Overview Of The Abilities Screen

The abilities screen is one of Oz: Broken Kingdom’s most integral features, as it shows you just how strong a certain character is. The game will highlight the abilities that can be upgraded in green, and if you see something that can be upgraded, you’ll need some Magic Dust and cards for that. Don’t worry, though, as the game seems to make it easy to gain more of both resources.

Cutting to the chase with regards to the abilities screen, it is very important that you upgrade your heroes regularly. Even the first chapter, Munchkin Town, can be quite challenging to complete if you’re new to the game, but you can overcome those difficulties if you’re upgrading from the get-go. Also remember that the difficulty level in this game can spike up quite quickly, and with that in mind, you wouldn’t want to go to war without your proverbial bullets. In this case, we’re talking about upgrades.

In order to upgrade quickly, you should spend some coins the moment you can afford to. One copper coin, in fact, will allow you to draw once from the Bronze Wonder Pool, which, as we mentioned, could be a good way to upgrade and/or add to abilities.

Upgrading abilities doesn’t just benefit individual heroes, but also everyone on your team. You can upgrade your team level, which would allow you to get more energy and make your team more powerful in general. If you’re having difficulty moving forward on the battlefield, try upgrading team level.

11. Another Benefit Of Grinding

We told you earlier that replaying previous levels can help you earn more stars. This can also help you in another way as each level has a specific item or ability drop. You’ll know if you’ve already got the item if you see a green check mark in the drop checklist, though you should only grind if you haven’t gotten all of the treasures. We don’t recommend spending the requisite 100 emeralds to refresh your chance to get something that’s available via item drop. 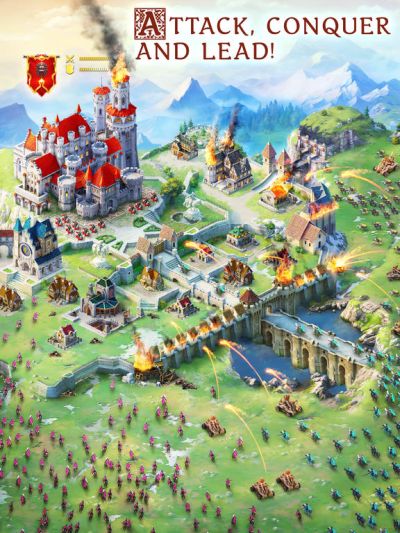 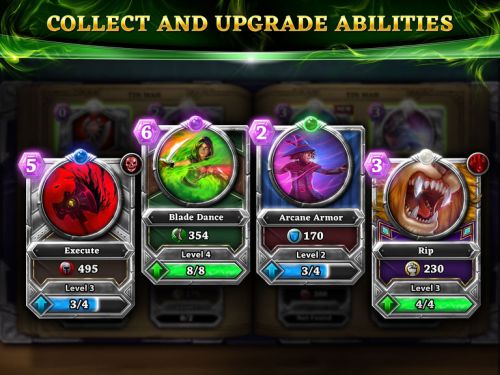 Next
Oz: Broken Kingdom Tips & Hints: How to Get and Upgrade Your Abilities
Click here to cancel reply.