Exys Inc. has recently announced that the release of Mass for the Dead, their newest mobile game based on the famous Overlord novel series written by Kugane Maruyama, has been postponed until 2019. Supposed to be released this year and having already created great expectations, the game will only hit the market next year. 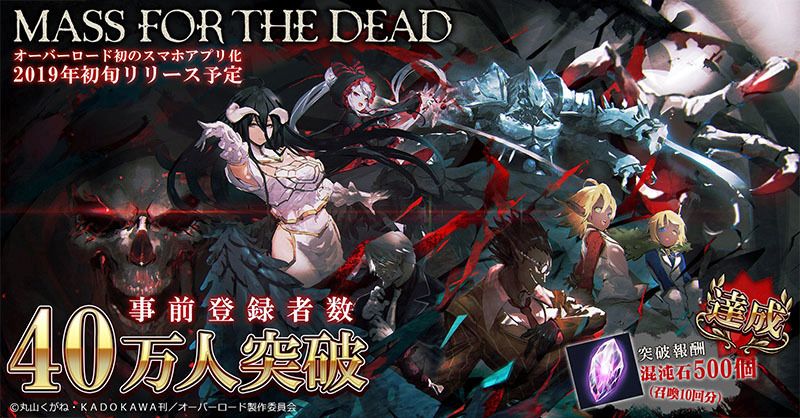 Mass for the Dead will be free to download and play, with available in-app purchases.