That’s right, Bandai Namco who brought us great titles such as Dark Souls, Dragon Ball, Tekken, Soul Calibur and so many more, has now released One Piece Bounty Rush. This game is an exciting action-RPG where players form their own crew and set sail in search of vast treasure!

Beginning your adventure as Monkey D. Luffy you battle you’re way through hordes of enemies stage after stage. Looking to expand your crew you’re quickly joined by your first member Koby. Working your way through quests, levelling up your crew, collecting gold from defeated enemies and battling other players online: One Piece Bounty Rush offers a wide range of both real-time action and RPG elements.

1. Coins, Gems And How To Spend Them In-game currency is the most sought after rewards in a lot of mobile games. One Piece Bounty Rush is no different and it rewards players with coins, gems and items/components. Both coins and items/components are very general currencies in the game and are used in most transactions such as levelling up characters or galley dishes. Gems on the other hand are used in the Shop to Scout Characters. Scouting characters is a great way to add new and powerful members to your crew meaning you can create more battle-ready teams.

Gems are definitely worth saving up until you can purchase the 10+1 Gasha pack to maximise your chances of acquiring one of the higher-level characters. Drop rates can be viewed in the side tab being as low as 0.875% for top-tier characters. There is no benefit to receiving more than 1 of the same crew member type so it’s worth spending as many gems as often as possible so you can test out an array of characters before choosing which ones you upgrade whilst waiting for the best drops.

Once you’ve chosen you’re preferred characters it’s time to level them up. This will cost a combination of both coins and items/components. Its important to level up your crew enough to get through as many quests as possible but don’t take the galley for granted. The galley uses the same currency system, leaning more heavily on items/components, but the benefits of the galley affect all of your crew members not just a single character. So spread your wealth accordingly, focus more on character levelling but make sure the galley is filled and level up the dishes when you can.

2. Making The Most Out Of The Galley The galley is a great way of adding that little bit extra to all your crew members. Being able to increase core stats such as attack, defence or speed it’s really worth investing in the galley. Each dish must be cooked and finished before the next dish and be crafted. It’s important to not fill the galley straight away but instead level up a select few dishes, this will allow dishes to be added to boost abilities you might find yourself lacking in later on in the game.

Whilst dishes can be removed and then replaced, the cost of levelling up these dishes would be lost so invest wisely and not all at once. Dishes do take longer to cook the higher their level so make sure to start cooking before battles so whilst you’re questing you’ll be able to come back and start your next dish to really make the most out of your questing time. Each crew member has a different fighting style in One Piece Bounty Rush. It’s important to test out each style as early as possible so coins and items/components aren’t wasted. On your crew screen you’re able to pair up 2 crew members into a maximum of 5 teams. These are the teams you’ll take questing or battling online. It’s important to find a combination of crew members that suits your play style i.e. a shooter for long range attacks mixed in with a warrior who can take on the up close melee combat. You’ll also find items both in questing and pvp modes that only certain crew member types can activate and being able to utilise these items can really swing the battle in your favour. Whether you’re questing or battling other players you’ll need to know the fundamentals of combat. There are a few different techniques you’ll need to master in order to assure victory in each battle.

Tapping the screen in a consecutive manner will perform a different combo move for each additional tap up until your max combo of 4. The further along the combo tree you progress the higher amount of damage is dealt. Be careful, combos are great but they do lock you into certain movements and will make it harder for you to dodge incoming enemy attacks so only attempt max combos when you’re sure you can complete them all. Timing is everything.

Tap + Hold attacks are one of the most under-utilized moves in One Piece Bounty Rush. They guarantee a hit on any enemy unit in your path and can be charged from a distance with an effective range. Hold attacks are great for approaching enemy units or when taking out large groups. The only real problem with Hold attacks is that you can now only attack in your locked in direction so don’t use this when surrounded by enemy units.

Swapping players during a battle is something we didn’t discover until our 3rd or 4th boss but WOW! Being able to swap players during a quest really does push how far you can go during a battle. We found the trick here is to swap between 2 different crew member types. Our personal favourite is a fighter/warrior combo. Use the fighter to carve your way through large groups of enemies whilst saving your warrior for that final boss fight. Be sure to swap between the 2 when their active abilities are recharged to make the most of that extra damage.

Take note of enemy types as you progress through the quest line. Different enemy types pose varying threats. Which enemy you eliminate first comes down to which crew member you’re using, however, taking out long-range enemy units first always proves fruitful. Eliminating units that can shoot you from the other side of the map whilst staying out of range of your vicious blows definitely need to be dealt with first. Enemy melee types typically get caught in your attacks whether aiming for them or not so you don’t need to prioritise these units too highly. Focus long-range attackers followed by the boss units.

Bosses in One Piece Bounty Rush are an un-wilting enemy. Boasting a range of varying attack styles and abilities whilst also being surrounded by their entourage, bosses are certainly a challenge. Coming up against a variety of boss types requires you to have an equally diverse crew. If you’re unsuccessful then replay some earlier levels in order to build up enough items/components to level up some of your other crew member types. It’s important that you bring all of your skills to a boss fight.

Knowing when to swap characters, activate abilities and initiate combos will really determine your chances of success. Each boss sports a different array of attacks so once you’ve dealt with their surrounding horde of cronies make sure you take some time to avoid attacks, watch for patterns and know when to dodge and when to attack. Once you know how the enemy boss operates in battle you’ll be able to dispatch him in a few combos and special abilities. Be aware though, if one of your characters dies then you are defeated so make sure you balance health bars as best as possible switching out just before death.

These are hidden gems in the game. Not being obvious on the main game scene you actually have to select the menu icon before seeing the gift tab. Make sure to check this often as gifts have a 24-hour expiration and missing out on easy money is just bad gaming etiquette.

One Piece Bounty Rush really is a console game shrunk down to our mobile level. There are so many great aspects that have been modified for gaming on the go. Battle smart and battle often, don’t spread your materials and currency too thin and you’ll do great! Happy questing and teach those pirates who’s boss! 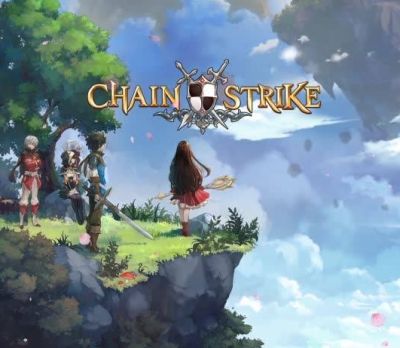 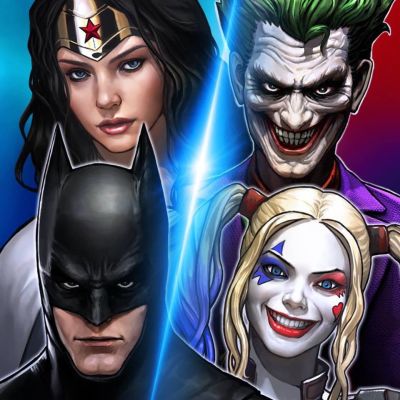 Next
DC Unchained Cheats: How to Unlock and Upgrade New Characters
Click here to cancel reply.