Nexon has been pretty adventurous with its recent releases, most notable of which is Durango: Wild Lands. While the company’s upcoming game called Spiritwish may seem like just another mobile MMORPG, it actually adds a few unique twists of its own to the tried and tested genre. Spiritwish is now available for pre-registration. 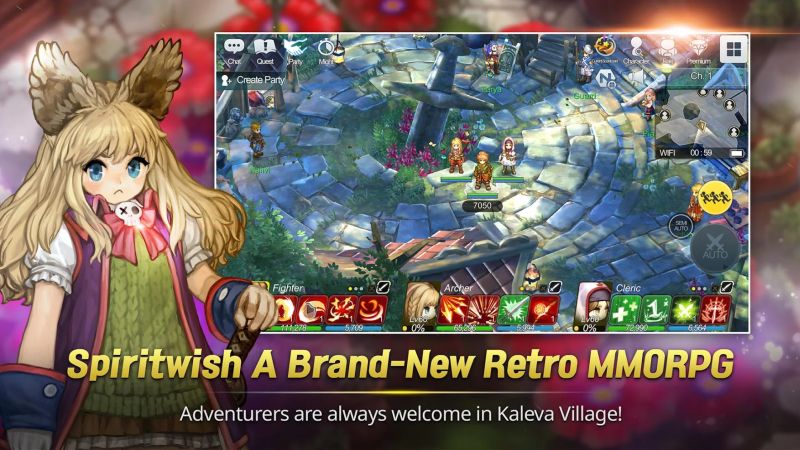 Spiritwish is set in a world ravaged by a war between the Pohjola and Kaleva factions. The two sides have been fighting over control of the powerful artifacts left behind by the Three Gods. The battles have caused abnormalities to occur, spawning evil monsters that attack people from both sides of the war. It is up to a small group of adventurers to put a stop to the madness once and for all.

The aforementioned small group of adventurers, of course, is the player’s merry band of heroes. Spiritwish lets players take control of three characters during battle. Each character has his own unique power, allowing players to come up with different combinations that will fit their strategy. Auto-combat is available, but players will be able to control the behavior of each character’s AI in battle.

Spiritwish also comes with an assortment of MMORPG staples, including co-op raids, boss runs, and a Labrynth mode where players can control up to nine heroes at once. The game’s pre-registration period will run from October 10 to October 29. Those who sign up early will receive 500 Blue Diamonds and 100000 Gold.

Spiritwish will be released on Android and iOS platforms. Those who want to pre-register may do so through the game’s official website, App Store or Google Play. Players who pre-register through Google Play will also receive a Tarya Gift Box (S1).