Providing players with a new cinematic adventure and featuring anime visuals from Netmarble, The Seven Deadly Sins: Grand Cross can now be downloaded from the App Store and Google Play. 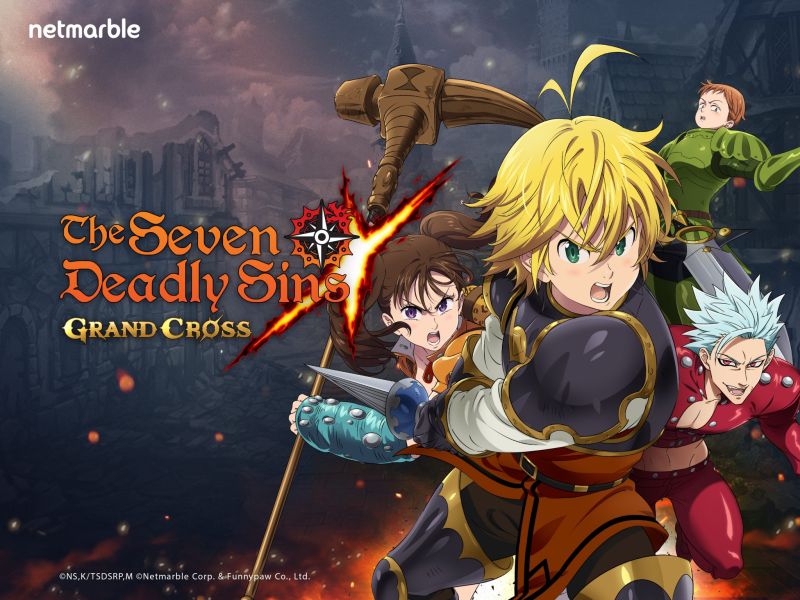 Based on The Seven Deadly Sins, the famous anime that can currently be watched on Netflix, Netmarble’s mobile RPG uses card-based combat. Since we are talking about turn-based battles, players do not have to hurry up and make decisions, making the game feel less chaotic.

Apart from impressive high-resolution 3D graphics, the game boasts more than 100 cinematic scenes, making players feel like being part of a playable anime rather than a simple RPG with anime visuals.

As far as characters are concerned, you will come across all the major figures from the manga and the show. There will be an extensive roster of playable characters that you can team up and adapt to your playing style. However, keep in mind, that characters will become available as you progress through the game.

Keep in mind that those players who have pre-registered for the game will benefit from various in-game rewards, including Melodias, who is the main character, and premium and normal in-game currency (i.e. 100,000 gold, and 30 diamonds). The players will also receive a special box that contains valuable in-game items and a special costume for another playable character, Elizabeth.

The Seven Deadly Sins: Grand Cross is a free-to-play title and features both in-app purchases and ads. If you want to keep up with the latest updates, make sure to regularly check the game’s official website and Facebook account.