NetEase shows no signs of slowing down in releasing games this year as they just announced the global beta launch of their upcoming 3v3 MOBA for mobile devices. Storm Arena is a beach-themed online multiplayer game where players will need to battle it out in two teams of three. The global beta test is available for Android players in Canada, Mexico, and Brazil. Only those in Canada will be able to participate in the iOS beta test for now. 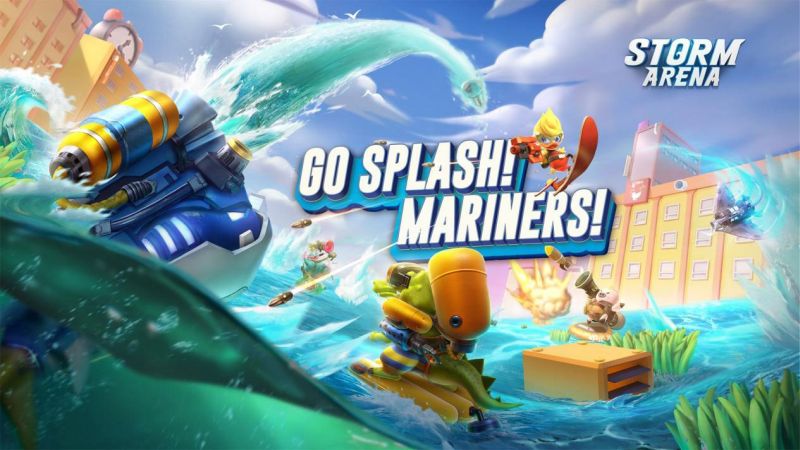 Since the game’s theme is beach-inspired, most of the characters are cute and cartoony, equipped with various swimming gear as they wade through watery maps. The game’s story follows Dashley the Duck and his friends as they try to stop Dr. William and his subordinates who are trying to exploit the environment. This ultimate battle between good and evil will be settled in different aquatic arenas.

Storm Arena lets players experience all the action in bite-sized three-minute battles. This means players get to enjoy the game even if they are on a short break or while travelling. MOBA games are known for taking up anywhere between 20 to 60 minutes at a time. The shorter matches does away with the uneventful farming phase and goes straight into the action.

There are several game modes available in Storm Arena. These include the Bounty Hunter, Turf War, Goal Attack, and Pieces of Eight. Players can choose to try out the different modes in order to keep things fresh or focus on a single game mode where they can dominate. The game modes are designed to cater to different play styles, ensuring that there will be something for every player’s taste.

Storm Arena will be available on both Android and iOS upon official release. The game is developed by NetEase, the company responsible for several famous titles on PC and mobile, including Rules of Survival, Knives Out, and Fantasy Westward Journey. For updates regarding Storm Arena’s global launch, you may check out the game’s official website.