It has been nearly two decades since Naruto was first introduced to the world, and we have all been hooked ever since. Now that he is all grown up and has a kid of his own, it is time for us to take the adventure to another level. Naruto x Boruto Ninja Voltage is a unique game from Bandai Namco that combines action RPG, city building, and base defense mechanics, all in one. It is a combination of action and strategy that will keep you on your toes. Available on Android and iOS platforms, the game features fan favorites from both the Naruto Shippuden and Boruto: Naruto Next Generations. Assemble your team of four ninjas and build up your base. Raid enemy bases for loot and prestige. If you are struggling to manage your base, don’t worry. You can always rely on our Naruto x Boruto Ninja Voltage strategy guide for some help!

One of the first lessons Naruto and his friends learned from Kakashi is the importance of teamwork. That lesson applies in this game as well. No matter how strong any character you have is, you won’t be able to go far without having good support. The game’s battle system works with teams of four members. You will be controlling one of the members while the three are AI controlled. Thats why assembling a good team is important. You need to pick three characters who will work well with your play style.

The game’s control mechanic is similar to most other action games. Tap and hold using your left thumb will make a virtual joystick appear. Use this to make your main character move around on the screen. On the right-hand side of the screen are your buttons. There are four small buttons for skills and a large one with a fist icon for the normal attacks. The purple circle indicates your current target. It will automatically jump to the next target once you kill the first one. If you are confident in your team’s strength, you can go ahead and use the Auto feature of the game. Otherwise, take time to master the controls to ensure your victory in battles.

3. How To Unlock New Characters

Of course, you wouldn’t be playing a Naruto game if you weren’t planning to play using all your favorites from the series, right? Fear not. The game understands the whims of fans, and makes it easy for players to unlock new characters. You just need to collect the required number of Hero Fragments in order to get the character you want. Unlike most games that employ this mechanic, however, it will not take you a million years to collect the shards you need. So just go ahead, and create that Saku-Sasu-Ino love triangle you’ve always wanted.

Ninja cards are useful items that can help you a lot in the game. Some ninja cards give characters stat boosts that get even better as you level up. Other cards also provide Ninjutsu and Ultimate Jutsu. This is important to remember because your character will not have any skills if you forget to equip these cards. You don’t want to be stuck with punching your way through a ninja battle!

To equip ninja cards, just tap on the scroll icon on your screen. This will show you the list of Shinobi that you have. Tap on the character you want to equip with cards. Once on the character screen, you will see a sub heading named Equipped Card. Below that are ten slots for ninja cards that you can fill in. Tap on any slot to view the available ninja cards and equip the ones you like.

5. Upgrade All Your Structures

Base-building in this game isn’t all that complicated. You start off with five structures: the Base, the Restaurant, the Bank, the Monument, and the Shrine. The base is your headquarters, and you will need to increase its level in order to increase the levels of other structures. The Monument generates Chakra, and the Shrine stores them. The Restaurant, on the other hand, generates Ryo, the game’s main currency. The Bank collects the Ryo and stores them. You just need to upgrade these five structures as much as you can in order to improve your base. The good news is that you can easily have multiple structures under construction at once.

6. Build Up Your Fortress

The Fortress protects your base. Make sure you take time to work on it in order to keep other players from raiding your reserves. Just tap on the hamburger icon on the top right corner of the screen, then choose Fortress. This will show you a large map with multiple “rooms” in it. The rooms can be fitted with various traps and other defenses. You will also see character mats in different rooms. These mats will allow you to assign a character to defend that room. The good news is that any character that has been assigned to defend the fortress can still be used on missions. That means you are free to use your strongest characters for defense!

Later on, you will be able to unlock more terrain sets for your fortress. You can rearrange the terrain of your fortress in order to build up an even better defense. Just tap on the Terrain icon in order to view all the available options. Choose the terrain that best suits your defense strategy. Keep in mind that you will have to pay Ryo every time you activate a new terrain. Think carefully about your strategy and invest well in your fortress. This is the most important aspect of the game. There is no point in raiding often if you will just end up getting everything stolen back anyway. Take time to create the perfect defense in order to ensure your success.

Get ready to relive all your favorite moments in Naruto x Boruto Ninja Voltage! Don’t forget to follow our strategy guide above in order to build the ultimate ninja village! 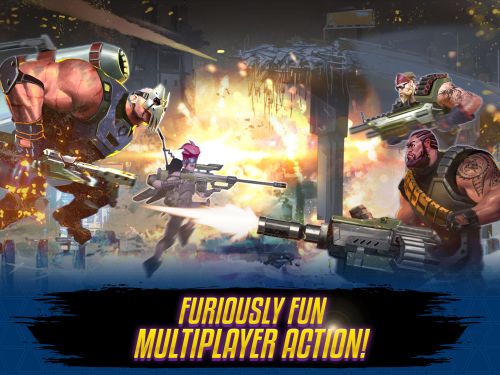 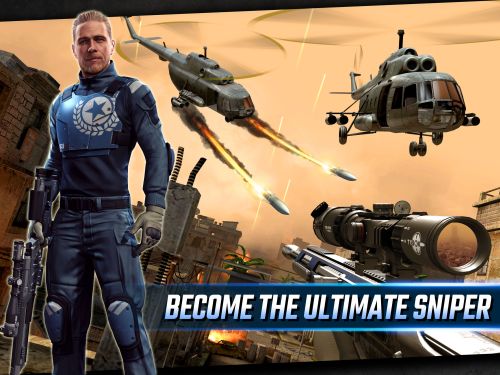