It’s not uncommon for long-running and/or popular franchises to tie up with game developers to create Match 3 titles, given how popular that gaming genre is even with the arguable saturation within it. That said, Backflip Studios has just released My Little Pony: Puzzle Party, a new Match 3 game for Android and iOS devices where you can enter the magical realm of Equestria and complete hundreds of different challenges, even competing with your friends if you want to. You can collect a variety of My Little Pony characters in this game, unlock power-ups, and even have a party thrown for you each time you complete a new level in the game. And, as Backflip has made sure to add, the game is easy to learn, but fun to master.

It may sound like more of the same when it comes to these Match 3 titles. And while this is pretty much a standard title in the genre in terms of basic mechanics, there are also some new twists and turns you’ll have to figure out if you really want to complete more puzzles and go further into the game. So join us as we present our My Little Pony: Puzzle Party strategy guide. This guide isn’t just designed for Match 3 newbies and first-time players, but also for those who have been playing this game for a bit, so read on!

1. You Can Remove Only Two Connected Blocks

The good news is that this game allows you to remove a minimum of two connected pieces of the same kind. The bad news? Well, everything else. By sticking to two-piece combinations, you’ll end up using more moves than you would ideally want to, and those moves could run out quickly, especially if you stick to the simplistic strategy of removing pairs.

Making matches of two or three is fine, we’d say, if you have no other option, but ideally, you want to go for those matches of five pieces or more. Even matches of four won’t cut it, because when it comes to this game and many others in this genre, it’s mostly a case of “go big or go home.”

As a bonus tip, you can use Pony Power-Ups to get rid of more pieces on the board, though it’s advisable to save these power-ups for the more difficult levels, or if you’re close to completing a level and need a quick fix in getting rid of the obstacles. This won’t count against your remaining moves, but use them only when needed.

Like in your average Match 3 game, you will have five lives to start with, and it will take 30 minutes for each life to refresh. That all adds up to two hours and a half of waiting, and since that’s hardly ever a good thing, you may be tempted to try the time lapse cheat and see if it works. Or you may simply want to wait it out, which won’t do you much good either, as we’re talking 30 minutes per life replenished. What can you do then? Since the time lapse cheat is a risky proposition, given how game developers are now more cognizant of the many players who pull it off, you can connect your game to Facebook and add friends who play the game, or perhaps create your own gaming account and add friends from game reviews, comments sections on mobile gaming blogs, and the like.

Of course, connecting your game to Facebook is optional, and you can still try the time lapse if you wish, moving the time forward by however much time you need. But we suggest that you use this cheat minimally, so as to avoid getting caught.

3. A Brief Primer On The Special Pieces

If you create a match of five pieces or more, here are some of the special pieces you can expect. A match of five connected blocks, for starters, creates a lightning bolt that wipes out an entire row or column. A match of seven creates a cauldron that will remove an entire level of connected blocks. And a match of nine will create a swarm of parasprites, which will then spread out across the board and take out matching blocks of the same color. Again, go big or go home.

4. Try To Position Two Boosts Together

There is no way to predict or to directly allow two of the special pieces/boosts to be next to each other for more dramatic effects in clearing out the board. But the fact that you cannot switch the position of blocks side-to-side means there is some hope; it is possible to set things up so that the two power-ups get as close to each other as possible. Who knows – you might be able to set up those boosts in such a way that you can wipe out the whole board, all in one go.

5. Sometimes You Can Work At The Top

Typically, we suggest making matches from the bottom of the board and working your way up, so that the pieces from above will fall down and potentially create a chain reaction of even more matches/special pieces. But if you’re in a situation where you have matches on top and at the bottom, you should go for the top match first. Prioritizing the bottom match will cause the board to shift, and that may take away what would have been your opportunity on top of the board.

6. Get Rid Of The Obstacles First

The game comes with barrels, clouds, and other obstacles in some levels, and the more difficult levels will also ask you to work on acquiring blocks of a certain color. If you’re dealing with both challenges at the same time, prioritize removing the obstacles. As you’re going to be working your way through colored pieces, you can quietly work toward meeting your colored block-based objectives while taking care of what’s more important – removing the obstacles.

7. How To Unlock Your First Pony

Unlocking the first pony available in the game becomes possible once you make it past level 12. You can then tap on the ponies (meaning everyone who becomes available) to use their powers in a level. More ponies means more chances for a bail-out should things not be going your way in any given level, so play the game as much as possible and see if you can complete as many levels as you can.

8. How Do Pony Power-Ups Work?

We discussed Pony Power-Ups in brief several tips ago, and you can earn them by filling up a meter with the required blocks. That’s on top of the three power-ups per pony you get at the start of each level. Building on our earlier mention of the power-ups, don’t pay any attention to the ponies, no matter how often they try to convince you to use the power-ups; again, it’s all about saving these power-ups for when they’re really needed. Additionally, you will not be able to use power-ups earned through playing the game in levels that are different from the pony’s level. You can use the “anytime” power-ups, but to cite an example, you can’t use Applejack’s power-ups in Rainbow Dash’s level, or vice versa, even if the power meters are completely filled up.

Some of the game’s checkpoints will require you to earn a specific number of stars so that you can unlock them. But since you won’t get three stars in all the levels the first time around, you can always go back to previously completed levels with one or two star, and play those levels once again in hopes of getting three stars. This is also a good “change of scenery” way to practice, if you’re hoping to do well in the more difficult levels of the game. Yes, the game does allow you to grind it out, though just as a disclaimer, you may need to be patient when it comes to redoing those one- and two-star levels for a chance at three.

10. Watch Ad Videos To Get Coins And Other Resources

The game will allow you to watch ad videos from time to time, and you shouldn’t pass up the opportunity. Typically, ads last just 15 to 30 seconds to complete, and usually show off a new game from one company or another. And since these videos aren’t unlimited, you should watch as many as possible – doing so will allow you to earn coins and other resources, and may be another way for you to earn some lives without having to risk your in-game status by pulling off the time lapse cheat.

Last, but not the least, we would suggest that you take as much time as you need when trying to complete levels in this game. Fortunately, this is not one of those new-style Match 3 titles with time limits, and the only thing limiting you is the number of moves you have. Take advantage of this “vintage” mechanic and you’ll be using your moves more wisely. 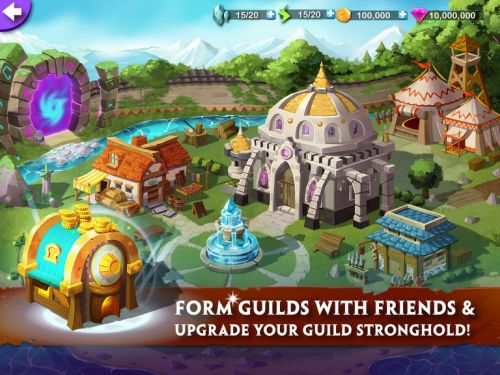 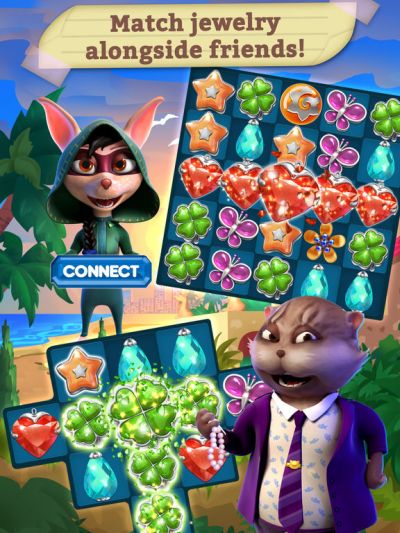