Monsters Ate My Metropolis by Adult Swim Games is an exciting new deck building game for iOS and Android devices. According to the story of the game, the monsters are back, and they’re dealing out destruction. You start out by choosing a kaiju (monster), build a deck of special cards, and destroy the city with the right kind of attack. You can challenge players from all over the world, unlock monsters, win prizes, and evolve those monsters by sacrificing cards you no longer need or want. These mechanics are pretty similar to what you see on other deck builders, but there are, of course, certain twists that make this game feel different as far as the card game/deck builder genre is concerned.

This is a game that can be a bit complex for anyone who’s just starting out, but we’ve put together our own Monsters Ate My Metropolis cheats and strategy guide that can help you, whether you’re a new player or someone who’s been playing the game for a while. The goal of these tips and tricks is to help you build the best possible deck and win more consistently.

It’s important to make the right choice when starting out and selecting a monster – we will explain this in a little bit, but to give you a brief overview of your best monster choices, here’s a quick run-through. Mr. Shigoto is considered the best monster, as his damage is most effective against green, or healing cards. You also get higher critical chance and slower speed when playing mini-games; that, in simple terms, means more damage. Boat Head results in extra red damage, critical damage, and boosts that can help you earn more tokens. These two would be the most reliable choices, as far as we’re concerned.

2. Stick With The Monster You Started With

It’s tempting to keep trying out the monsters you unlock, but it is actually better to stick with the monster you chose at the start. Why is this so, when it’s so fun to try new characters once they become available? Buying new monsters will cost you a truckload of tokens; instead, you want to use your 4,000 tokens to purchase two mega packs, which would give you at least two silver cards, one silver card per pack.

3. Learn The Basics Of Card Battles

To be honest, this is one tip that can very well be extended or made into a strategy guide of its own, but for this guide, we’re going to keep things as short and sweet as possible.

The first thing you should remember is to take a close look at your cards and your opponent’s cards. If you’re up first, play a card that your opponent couldn’t beat out with an element card. For example, you don’t want to play a red card if all your opponent has are blue cards. It’s also a good idea to play the weakest card on your deck for starters; there’s a good chance it will lose some power, but then again, you wouldn’t be losing much in most cases. And if you have Mega Attack at your disposal, play these cards as elements are irrelevant here.

Now if your opponent is going first, you’ll want to employ different strategies. The card you should play first is the one that trumps their element. That means even your weakest card could become much stronger, as long as your card’s element can beat that of your opponent. Playing a card that goes against the element of your opponent is really effective.

Additionally, you should take note of your cards’ hand effects. There are some cards that can give you a damage boost, for instance. Check these effects and use those cards that you believe are most useful for the longest time, so you can make use of them in the best way possible.

All you have to do is to tap the display twice so you can speed up the animation. This won’t make the mini-games any faster, though.

Sure, this is a very common tip and one that usually comes with ulterior motives, but if you connect your game to Facebook, you can get an extra card. You don’t need to worry – like most apps, this game won’t post to Facebook unless you give it permission to.

Advertisement videos may sound like a nuisance, but if you take a few seconds to watch them, it’ll be worth it. Keep on watching ads and you’ll earn enough premium currency, which would allow you to buy yourself a Super Card.

During the later stages of the game, you’ll want to start playing your healing cards, usually to counter an enemy card. Your goal is to keep on accumulating bonuses and not lose points on your end if your enemy uses an element card that goes against yours. Healing cards can also be played when the cards are stacked against your favor, as they can potentially be literal game-changers.

When buying card packs, it’s best that you focus on the Mega Token Packs, which cost 2,000 each. That’s going to give you one guaranteed silver card, which, as we mentioned above, can be useful.

9. Use The Time Lapse Cheat

Previously, this game allowed players to set their phones’ or tablets’ times ahead by 60 minutes should they run out of energy. That would restore your energy back to 60. However, there have been some reports that the time lapse cheat has already been nerfed; you can go ahead and give it a shot. Who knows? This is quite a simple and useful cheat, assuming it’s still available.

10. Keep On Playing The Game

The more you play, the better your chances are of climbing up the leaderboard and facing more challenging opponents. Losing to these opponents is nothing to be ashamed about, as long as you keep leveling up your monster and only spending your tokens on Mega Token Packs.

Do you want some more tips and tricks on how to build the best possible deck in the game? If so, please head over to our Monsters Ate My Metropolis strategy guide, that will help you out with a couple of tips and hints. 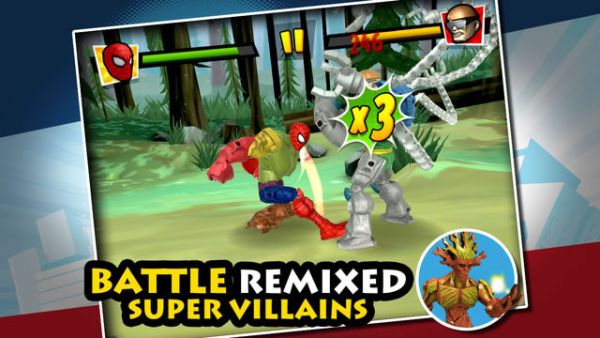 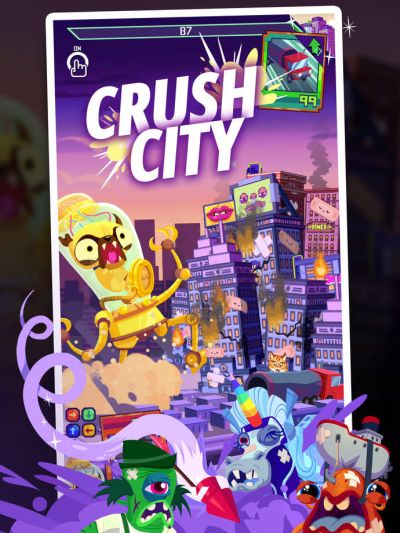