It’s already April, and in case you aren’t aware, it’s time for another season of Major League Baseball. And it’s also time for another series of Tap Sports Baseball, as Glu has just released MLB Tap Sports Baseball 2017 for Android and iOS devices. This series has consistently been one of the more in-depth baseball titles on mobile, and just like you had in the past, you’ll be playing with official MLB teams and players – if you love watching baseball and love crunching baseball stats, this should be just right for your tastes. Gameplay is easy, with simple one-touch controls, while you can also level up your players and make them better, as you compete against AI and human-controlled teams alike. How far can you go with your team – will you win it all like the Chicago Cubs did last season, or will you end up like the San Diego Padres, for instance, and go through another season of futility?

Obviously, you want to shoot for the first situation and win big in this game, and not end up losing far more often than you win. But in order for you to do that, your bat will have to connect, your pitching will need to be sharp, and your overall defense should be as good as your already-standout offense, if not better. Join us now as we bring you our MLB Tap Sports Baseball 2017 strategy guide, which covers all the important areas of this game and shows you just how to win more often, regardless of how long you’ve been playing.

1. All You Have To Do Is Hit The Ball

When playing baseball games, regardless of platform, pitching isn’t exactly the most-anticipated mechanic in the game that you have to control. The same can be said about fielding, and then some, and for many players, it’s common to wish that you only have to worry about hitting. If you’re one of those players, you can rejoice in the fact that MLB Tap Sports Baseball 2017 will only require you to hit the ball – the AI will take care of all pitching and fielding. It’s a simple one-touch mechanic when it comes to hitting the ball, and we shall show you how to hit that ball more often than not (at least in MLB batting average standards) in the next tip.

2. How To Time Your Hits Properly

When trying to hit the ball in this game, you should wait until the ball is over the plate. Once it is, tap on the screen and your batter will swing his bat. Don’t worry if you own a newer iPhone or any other device that has force-sensitive touch features; the game won’t distinguish between short and long taps, so all you have to do is tap on the screen at the right time, and not tap-and-hold, for instance, if you’re trying to get more power. It won’t make any difference anyway.

You need to remember, however, that pitching in the Tap Sports Baseball franchise is meant to be as realistic as possible. That means you’ll get pitchers who like throwing off-speed pitches, curveballs, and other fancy pitches meant to throw the batter off. Don’t expect to get a ridiculous .400 average right off the bat – it’s extremely hard enough in the real world, so just master your timing so you can avoid striking out and at least hit at a decent average.

We would admit that it can be rather hard to navigate the game modes and choose which one to play. Once you go to the Games screen, you’ll be directed to a list of games that are currently in progress – these will be subdivided into “Your Turn” and “Their Turn.” Player vs. player mode here isn’t exactly real-time in here – all you have to do is play one half-inning on offense, and wait for your opponent to play their turn on offense. Tap on “Play” and you’re set. But what if you don’t have any games in progress at any given time?

If that’s the case, then you can tap on the Start a Bonus Game button, which allows you to start a new game with an opponent with similar talent to your team. And if you got a ticket, you can play this bonus game without having to wait. As for tickets, you have the option to win them simply by playing the game, or buy them with your currency in the in-game store.

4. Playing In Events And Tournaments

Aside from normal games, you can also play in events and tournaments – just tap on the Compete button with the VS icon in it. Events are limited-time, as they always are, and you would only be allowed to play so many games, just as long as you’ve got enough energy remaining. Events would require you to win as many games as possible, and accumulate as many stats before they’re over. Tournaments, on the other hand, are available at any time, and you can also win some nice rewards through this game mode, especially if you make it to the final game and win it.

5. When To Use Autoplay

Sometimes, you may encounter a situation where you suddenly get lazy to play a half-inning – it happens to the best of us. The Autoplay button will allow the game to sim through the entire game, showing you the result once an offensive half-inning is completed. That may sound all fine and dandy, but choosing Autoplay means you will forego the defensive half-inning if you’re playing against an AI opponent. That means you won’t be able to change pitchers, leaving you in potential trouble if your current pitcher is tired and/or ineffective. So with all that in mind, it’s best to use Autoplay if you’ve got a comfortable lead (or if the game is almost over and you’ve got no chance of winning), but if you’re in a tight game, you’ll still want to play through the entire half-inning so you can micromanage things and make sure you’re always making the right decisions.

6. The Basics Of Getting New Players

You can improve your existing team by getting new players, just like you may have in previous installments of Tap Sports Baseball. In the 2017 edition, not much has changed, as you can still get specific players as rewards for winning a tournament or winning a playoff series at your present level. You can also get different types of draft picks, though when it comes to these picks, there’s nothing guaranteed with them. Tapping on the Store button on the main menu will show you a list of draft picks and free agents – some can be purchased with your in-game cash (the common currency), while others should be purchased with gold (the premium currency). There are also Franchise Players, which would require tokens, and would only be part of your team for five games at a time.

All of the above features are trademarks of the Tap Sports Baseball franchise, but one new feature debuting in the 2017 version is the option to improve your existing players. Tap on the Team option on the main menu so you can access the Improve screen, which you can then use to level up your current players, with the exception of your short-term Franchise players. Improving players and leveling them up will cost you cash and experience points, while evolution can only be done once a player has already been maxed out. Evolution allows you to upgrade one player from their current rarity tier to the next, and once a player has been evolved, you’ll have to level him up again to reach that tier’s maximum stats.

Having enough experience points to afford leveling up a player isn’t always easy. But you can recycle players you no longer need and transform them into instant XP by going to the Trade-In screen. In here, you can put all your unwanted/unneeded players to pasture, or anyone who is currently inactive, in other words. Trading them away will allow you to get XP in return, and you can then use those points to level up your better players.

All in all, Tap Sports Baseball 2017 has nine upgrade areas, all of which could help you improve your players and make them sharper for those tougher opponents. Three of those upgrades are offensive, while the remaining six are defensive. As you do not control the pitching and defense in this game, you should prioritize the latter type of upgrades. Once you master your timing, you can overachieve on offense despite not being rated too highly as compared to your defense, so it goes without saying that you should devote more attention to the defensive stats than the offensive ones when upgrading.

That’s all folks for now, as far as our list of MLB Tap Sports Baseball 2017 tips, tricks and cheats are concerned. Do you know additional hints for the game? Be sure to share them with us in the comment area below! 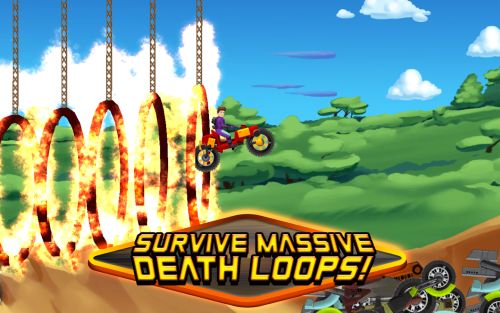 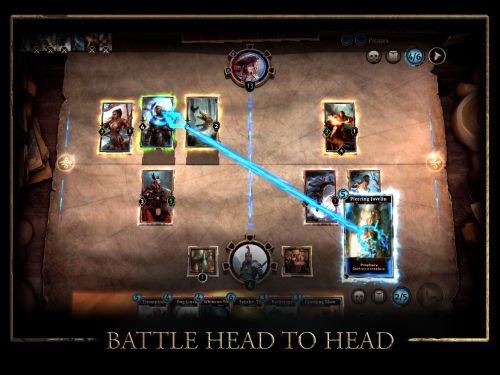