Into Mirror Guide: 5 Tips & Tricks to Slash Your Way Through the Game

Into Mirror is a cyberpunk action adventure game published by Lemon Jam Studio. It is set in a cyberpunk style corporate dystopia that we have seen many years before. It is far in the future and now everyone lives online in the Mirror World which is run by the world’s largest corporation, Mirror Group. Into Mirror possess all the qualities and tropes of what makes cyberpunk games fun to play: far flung future setting, vaguely Asian aesthetic, tech everywhere, and shady corporate intrigue.

The control scheme is fairly simple and the gameplay is also quite straightforward. Like with most games you can tap left or right to run in that direction and you can tap a jump, shoot, and attack button. The focus of Into Mirror is kind of a hybrid between platforming in the Mirror World and combat with the enemies that litter the various levels you will be exploring.

You will have two attacks, either your gun or your sword, which you can use to kill enemies with. Like every game ever made, killing enemies will drop experience points which can be used to level up Allen (your character) and get stronger. Enemies will also drop credits which can be spent on upgrades or health which can be bought on the fly.

So without further ado, read on for some Into Mirror tips and tricks that will help you eradicate the enemies that populate the Mirror World.

1. Pay Attention To Which Enemy You Are Fighting

Mirror World has a number of different enemy types that you will encounter throughout your cyberpunk romp. Although they are barely consistent with the narrative (if everyone is in this virtual world, why would you choose to be a weak henchman?), they do a good job of hindering your progress and presenting combat challenges for you to overcome.

There are a number of simple enemy types that you will encounter throughout the levels, here are some of them: thug with a red bandana, thug with a blue bandana, thug with a spiked bat, grenade throwing thugs, robot dogs, flying robots, robot cops. That might be a lot to take in but it’s about to get a lot simpler.

In Into Mirror the developers have employed a stagger system. If you are familiar with games like Dark Souls then you already know where this is going. Basically if you attack an enemy then they will be staggered for a brief moment and unable to attack. So if your attacks are quick enough then you will be able to kill an enemy without them ever having the chance to attack because they are constantly staggered by your flurry of blows.

So turn your mind back to the above list of enemies. Only one of those enemies has an attack that cannot be stopped by staggering. That enemy is the thug with spiked bat. It is quite easy to tell which enemies can be staggered and which cannot. If an enemy cannot be staggered then there will be an exclamation mark above their head before they attack.

So with that in mind it becomes very easy to abuse enemies by keeping them staggered until they die.

Into Mirror possesses a progressive upgrade system. When you kill enough enemies you will level up (which instantly refills all your health by the way) and you can choose between upgrading your health, damage, or critical hit chance. You can prioritize whatever you like based on the style of play you enjoy most, but here are some things to keep in mind.

Although the enemies look weak and sometimes have moronic AI, they do a lot of damage and early on you can be killed in a single hit, even by the weakest enemy on the map. So it would make a lot of sense to put your first few upgrade points into health, so that you aren’t obliterated instantly if an enemy’s attack manages to slip through your defence.

The other two stats you can choose to upgrade are damage and critical hit chance. Both of these stats are fairly self-explanatory, but there is one thing you should remember. And that is it is beneficial if you put a few points in damage first, before you upgrade critical hit chance. Critical hits are great because they multiply your damage output, but they are only really useful if you have any damage to begin with. So don’t rush straight for critical hit chance upgrades.

So following the above tips, the priority list for upgrades is: health first, damage second, and critical hit chance third.

One thing that may not be immediately obvious when playing Into Mirror is that the levels are actually fairly large and take a bit of clever platforming to manoeuvre around. Usually you will need to go looking for a red key card to progress through the level, like you would in Doom. But levels also have secrets that can be used to give you upgrades.

Every level will contain 3 hidden boxes and if you collect them all then you will get some upgrades. The key to finding all of them in a level is just to take your time and don’t be afraid to go off the beaten path. Before you exit the level take some time to backtrack and have a look around the area for pathways that you might have missed.

They will often be cleverly hidden so make sure to jump and double jump often so that you can keep your eyes peeled for secret passages.

Although the narrative says that Into Mirror is supposed to take place in an online virtual world that everyone is plugged in to, some “players” and by that I mean the enemies can be spectacularly dumb. They are still heavy hitters though and can put out a lot of damage if you are not careful, but their AI can be exploited because there are a number of problem areas which confuses their movement patterns.

My personal hypothesis is that although the enemy AI is coded well when put on a flat surface, they will often struggle with verticality. This is good because you are often confronted with enemies on stairs or situated on ledges above you. So most of the time they will actually have trouble noticing you. So how do you exploit their AI in order to kill them easily?

One of the best ways is to use your jump and double jump mechanic. What the game doesn’t actually tell you is that you can attack in mid air. So one good way to cheat the enemies (if they are above you) is to jump and attack them, so by the time you fall back down the enemy won’t know what hit them. So the usual way to hit them will be jump and attack, and then repeat until they are dead.

This will work for most enemies that are above you, but sometimes enemies can even get confused when standing on flat surfaces. The most common occurrence is doors, you can attack enemies through red doors and there is nothing they can do about it. Also sometimes enemies will stop chasing you because you are outside their range of movement, which means you can give them a savage beating without any risk to yourself.

As mentioned above, when you destroy enemies they will drop credits for you to spend on health and upgrades. But actually you shouldn’t be spending any credits on health at all for a few reasons. The firs reason is that credits are precious and you don’t get much by defeating enemies. Although, you will get about 100 free credits if you choose to watch a short advertisement. Regardless, throughout the majority of the game credits are in fairly short supply.

The next reason is that the enemies are fairly tough so if you get hit once you will be dead or on the brink of death. So there is not much point in wasting your credits on health. What you should spend them on is items and gear to get stronger because that will make completing the level a lot easier.

Another reason why you shouldn’t spend any credits on health, this is a big reason is actually, is because death carries no penalties in the game. The levels are quite short to begin with, but if you die you will simply be sent back to the beginning of the level again. There is no loss in credits or experience, which means that you are able to learn the layout of the level and attack patterns of the enemies without losing your progress, which is great. But what that also means is that health potions are useless because when you get hit there are two possible outcomes. One is that you continue on to the end of the very short level, or you die and are sent back to the beginning at no extra cost.

There you have it, all the tips and tricks you will need to turn the Mirror World upside down. If there are any tips or tricks that we might have missed then feel free to get in touch in the comments below! 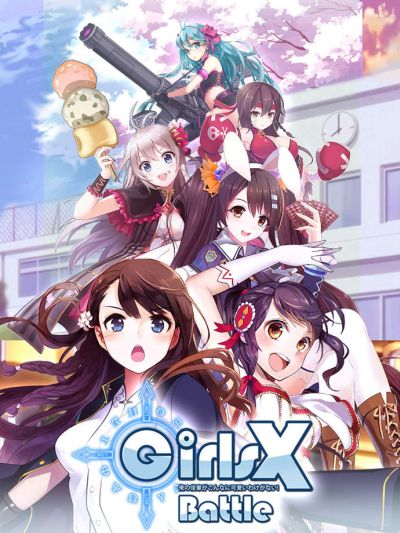