Mario Kart Tour has just decided to begin celebrating Christmas a little early by launching the Winter Tour even before Thanksgiving arrives. The Mario Kart Tour Winter Tour brings in a new track, new drivers, and a new set of rewards for the Silver and Gold passes. It is set to run until December 3, 9:59pm. 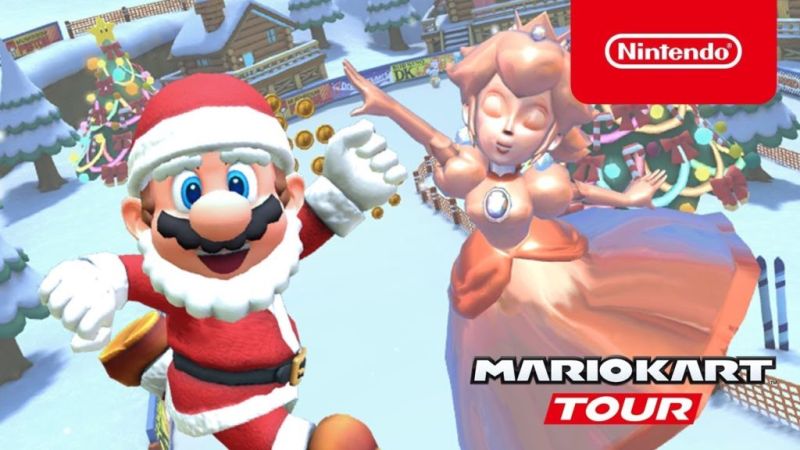 The launch of the Winter Tour adds Santa Mario to the roster of drivers. Rose Gold Peach and Black Shy Guy will also be added at a later date. The new track called DK Pass has actually appeared in other Mario Kart games. It features snowy cliffs as well as some dangerous giant snowballs rolling around. Players who hit the snowball will be temporarily stunned.

Players will be able to earn Grand Stars once again in order to win various rewards from their respective passes. Baby Mario will be available as a reward for both Silver and Gold pass members. The Radish Rider kart, on the other hand, will be exclusive for Gold pass holders. Those who were not able to get their hands on Dry Bowser in previous tours will also have another shot if they have the Gold pass.

Mario Kart Tour’s Winter Tour also includes a gameplay update that adds a manual drift button on the screen. This allows players to switch between steering and drifting with just one tap. The much-awaited multiplayer mode will also be entering beta phase in December, but it will be exclusive to Gold pass holders.

For those who haven’t tried Mario Kart Tour, it is available for free on the App Store and Google Play. Go ahead and the grab the game now to join the Winter Tour before it ends.