Since Mario Kart Tour launched on mobile last year, players have continuously complained about one major flaw: the lack of the multiplayer mode. What can be funnier than dropping banana peels and firing shells to hinder your opponents? Well, this March 8th, players will finally be able to do that because Mario Kart Tour is getting the much-anticipated multiplayer mode. 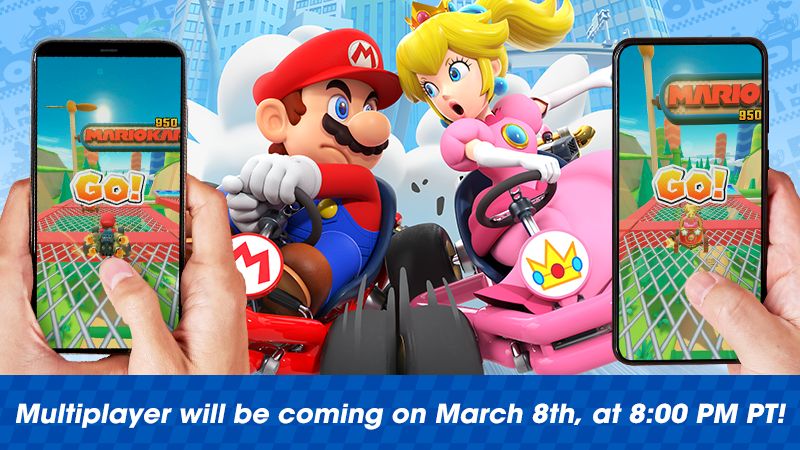 A simplified version of Mario Kart, Mario Kart Tour has been adapted to be easily played on mobile phones. The game features touch controls. All you have to do is swipe left and right to turn and tap on an item if you want to use it.

Though the title is free-to-play, there’s a premium currency that allows players to earn random vehicles and characters. The $4.99 monthly subscription not only unlocks in-game items but also unlocks the faster 200cc mode.

Multiplayer for #MarioKartTour comes out on Mar. 8, 8 PM PT! You can compete against seven other players, whether they're in-game friends, nearby, or around the world. Are you ready to play? pic.twitter.com/IRwBONq560

There have been various beta-testing periods, but the wait is finally over. In an attempt to spice things up, Nintendo has announced that the rules will change daily, allowing players to enjoy both Standard and Gold races. However, Gold Races are available only to paying subscribers and they will feature the 200cc option. Standard Races include 100cc and default item slots or 100cc with 2 item slots.

Race against players worldwide to raise your grade under rules that change daily in Standard Races and Gold Races. When racing friends or others nearby, Rooms let you pick speed, item slot number, and more. Play your way when #MarioKartTour multiplayer launches Mar. 8, 8 PM PT! pic.twitter.com/ckkekAsbHS

In addition, the featured cup will change every 15 minutes. Though players will be able to set up custom races against 7 friends or other players (e.g. pick speed or item slot number), those races won’t alter their progress on the grade that ranks them against other players from all over the world.

As we mentioned above, Mario Kart Tour is a free-to-play title, and it’s currently available for download on the App Store and Google Play.