LINE: Disney Tsum Tsum is a new game from the LINE Corporation that is now available for Android and iOS devices. The game is described as the fluffiest puzzle game ever, where you can collect, connect, and pop Disney Tsum Tsum, including those representing some of the most familiar and iconic Disney characters, such as Mickey Mouse, Donald Duck, Winnie the Pooh, and more. You will have to connect three or more identical Tsum Tsum to eliminate them, and you will earn more points by connecting more Tsum Tsum, and once you’ve connected enough, you would also be able to activate Fever Mode. Additionally, the game’s description lets you know that all of the available Tsum Tsum have their own skills.

Like what you see so far? If you’re a casual gamer, the classic Match 3 mechanics with a twist should appeal to you, and if you’re a parent, you may want to recommend this title to your kids. Anyone of any age can play this game, though, and through our exclusive list of LINE: Disney Tsum Tsum tips, tricks and hints, we shall show you how to play this game the right way.

1. Stringing Together Combos Is The Name Of The Game

To put it as succinctly as possible, your success in LINE: Disney Tsum Tsum will largely depend on how well you can string combos together. This would allow you to score more points and earn more coins. Even if you’ve got only three Tsums to connect, and not more than that, we advise you to make the match in order to prevent your momentum from completely running out. If you’ve got enough time, you can try to link seven Tsums or more. The more Tsums you connect, the better the rewards you can collect, and the more Magic Bubbles and large Tsums you can pop later on in the game.

We did tell you above that the game offers classic Match 3 mechanics with a twist, but is not actually a Match 3 title. One of those twists, or sub-twists, is that there are time limits; this isn’t the game where you can take your sweet time while finding the best possible matches! Quick thinking will be rewarded, so practice as much as you could so you can get used to the pressure of solving puzzles within a given amount of time. And, as a bonus tip, stay as cool as possible and refrain from holding your finger on one Tsum; nearby ones with similar designs will light up, which should allow you to easily make a match and continue your combo.

3. How To Trigger And Make The Most Out Of Fever Mode

The game also has a Fever Mode feature, and you can trigger this ten-second period by popping a certain number of Tsums. That would be when you could start using your Tsum’s ability, while popping as many Magic Bubbles as possible. But what’s in it for you, really, while you’re in Fever Mode? As you will notice, you will not lose your combo streak during the ten-second period.

The best time to use your Tsum’s ability, aside from during Fever Mode, would be the very moment it becomes available; that would allow you to refill your ability gauge faster. Don’t fall into the trap of popping identical Tsums to the one currently equipped while your ability gauge is full, as that would only result in wasted points.

In addition to what we mentioned above, you will have a chance to spin a roulette if your ability gauge is full once the game has ended. This will allow you a final chance to keep on popping Tsums, so with that in mind, you’ll want to work extra-hard toward filling your ability gauge up completely if your time is running out and your gauge is close to being filled up.

5. Sometimes The Clues Are In The Characters

Finding yourself thrown off by the mission descriptions in the Bingo? For example, you may be asked to “call a sweetheart X times in one play,” or maybe asked to “call a friend” to earn a certain number of points. In these cases, you will have to use your knowledge of your Tsums’ abilities, and maybe your Disney knowledge too, in order to figure out what the game is trying to tell you. For the first example, the “sweethearts” in question would include Minnie Mouse and Daisy Duck, and for the second example, you’ll need to use a Tsum whose special ability is to convert a Tsum into their friend, such as Chip and Dale.

6. How And When To Use The Propeller

See that propeller icon on the lower right corner of your screen? Tap on that and it will blow all the Tsums up into the air, effectively shuffling them. Obviously, you want to hit the propeller icon once you’re all out of potential matches. And you might even have to hit it more than once, as doing so will sufficiently shuffle the board in such a way that everything will look fresh as compared to the time when you were out of matches and stuck in a rut.

7. Use This Propeller Trick When Using Area Of Effect Tsums

While we’re still talking about the propeller, let’s talk about something you can try if you’ve got one of those “Area of Effect” Tsums such as Mickey, and are trying to complete a mission like the Star Destroyer battle. (You know, the one where you have to pop Stormtroopers.) What you essentially have to do here is to keep on tapping on the propeller until the desired targets are within the Tsum’s ability’s radius. Once the Tsums are in mid-air, you can trigger the ability so you can pop them.

8. Don’t Bother With The Power-Ups

Unfortunately, LINE is a bit like a certain Disney character with regards to giving out currency – Uncle Scrooge. It does seem that way indeed, with LINE: Disney Tsum Tsum being on the stingy side, so keeping that in mind, you’ll want to refrain from buying power-ups, as they don’t seem to have much value in this game. Consider the +Coin power-up, which costs you 500 coins, but can only promise you a random earnings increase. More often than not, you’ll find yourself hard-pressed to earn that 500 coins back, and there will only be a few times when you’ll get the perfect 300 percent boost. It’s almost like betting on the lottery, so if you really need to buy power-ups, save them for those challenging missions, or those times when you’re close to beating your record or somebody else’s.

9. Try These Coin-Earning Tips Instead

There are other ways for you to earn coins in this game, including using the abilities of specific Tsums, such as Stitch. In Stitch’s case, he is able to pop a column of Tsums. Lady can, for a brief period of time, increase your ability to earn coins. Additionally, the blue alien would only require 13 Tsums popped to fill up his ability gauge to 100 percent.

You can also use the game’s invite system if you’ve got several friends on LINE. Now you’ll have to proceed with caution here, given how easy it seems to be to annoy friends with game requests. But if you’ve got lots of LINE buddies, including those into mobile puzzle games, then go for it and invite away! You can earn 500 coins per each invitation accepted, and if five friends accept those invites, you will get a Happiness Box free of charge. You’ll get a free Premium Box by inviting 15 friends successfully, and once you’ve been able to invite 30 friends, you’ll get the super-rare Toy Story Alien Tsum.

10. Why Else Does It Pay To Have Lots Of Line Friends?

Aside from the coins and boxes you can earn from invites, having lots of friends on LINE has other benefits. For one, you would be able to ask for, and receive extra hearts and coins, which would come in handy in the mission Send X Hearts. Just make sure to return the favor and offer some hearts and coins to any friend who asks you for those things!

So what should you be buying if you are to refrain from purchasing power-ups? The Premium Boxes, that’s what. Instead of their more affordable counterparts, you should save up for the Premium Boxes, as these will ensure you of rarer, more powerful Tsums than the common stuff you can get by opening the cheaper boxes. Don’t bother with the Happiness Box, as the Tsums in there are on the common side, and won’t be of much use, especially later on in the game.

Yes, it seems as if currency scarcity and currency usefulness are the biggest issues with this game. Aside from the difficulty in getting free coins, you will also find out that rubies, which are the game’s premium currency, aren’t as useful as they seem. You’ll be better off exchanging your rubies for coins, and if you’re thinking of using a ruby to refill your hearts or to get some bonus time to solve a puzzle, then don’t do it. For the hearts, it’s best to wait it out or ask one of your LINE friends. As for the bonus time? Maybe you can spend a ruby or two if you’re very close to completing a puzzle, but otherwise, you’re better off holding on to that premium currency.

For what it’s worth, you may want to rate the game once LINE: Disney Tsum Tsum prompts you to. Doing this will give you ten rubies for free.

13. How To Improve Your Tsums

Last, but not the least, let us discuss some ways in which you can make your Tsums better. For starters, they will level up as you keep playing the game, but you will have to pay some coins once they reach certain levels; you’ll have to pay 2,000 coins when a Tsum hits Level 5, 3,000 coins at Level 10, and all the way up to 10,000 coins at Level 45. That is, without a doubt, a lot of in-game money.

Raising your Tsums’ power level is a completely different story. For this one, you will have to win a duplicate Tsum from a box; if it’s any consolation, at least things don’t go to waste once you get a Tsum you already have! Just remember, though, that you will need more duplicates for increasing higher Power Levels.

And this completes our detailed guide for LINE: Disney Tsum Tsum. Know more tips and tricks for the game? Feel free to drop us a message, if you know additional tricks, that we haven’t mentioned in this guide! 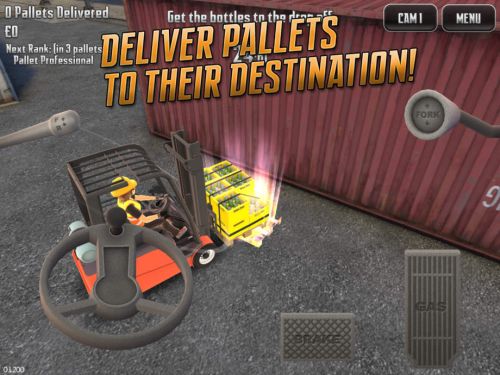 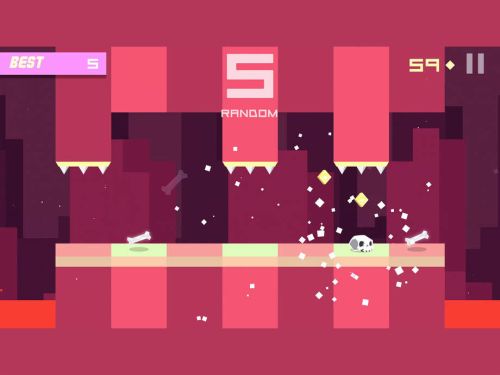 how to get over 2M points on tsum tsum with a nap after lunch. Pls help!

Can anyone tell me what Tsum Tsum is a "tail swishing" one. Thanks