Leap On! Cheats, Tips & Tricks to Get a High Score

Another game that should be a fun way to spend a couple of interesting minutes, but after a few tries becomes a hard to put down obsession, Leap On! is a quite interesting gem among many other similar games appearing in app stores. The goal of Noodlecake Studios’ new mobile game is simple, avoid or destroy obstacles, make super combos, and gather as many points as you can. The gameplay is simple; you guide a tiny white circle around the base while trying to leap as high as you can and burst other while spheres.

Black and white circles and other objects colored in two opposites, can destroy you if you land on their black side. You leap off other white and combo balls, destroying them in the process. Each object destroyed gives you points, and once you complete a full circle around the base, your multiplier becomes bigger. Your sphere can only move clockwise, and you move it by tapping screen. Simple, but addictive.

By leaping off multiple spheres you can perform multi jumps that get you higher and give more points. As you generate more points, there will be more targets to Leap On!, allowing you to reach new heights, both in high score and jump height. Leap On! one very entertaining game that allows even absolute beginners a chance to have lots of fun, especially while trying to beat the previous high score. The game can become quite difficult after you reach a certain score, with lots of different black and white objects that are moving all around, giving you a hard time trying to avoid them all. This guide should show you how to gain thousands of points with ease, all you have to do is to follow a few simple pieces of advice.

1. Achieve Multi Jumps By Lining Up Below Multiple Circles Before Leaping Off The Base

Multi jumps, that give you powerful acceleration and huge altitude, are easy to perform. All you have to do is to line up behind several circles, then jump off the bottom circle and just feather tap the screen in order to accurately land on every sphere.

This way you’ll gain huge acceleration and high altitude allowing you to scan the map and see where bonuses are, or to look for obstacles, or to plan your next jump while in the air. It easy to perform, just make sure you control the ball by feather taping the screen.

2. Feather-Tap The Screen For More Precision

Instead of holding the screen, or performing relative long taps, feather tap the screen for more precision. Holding the screen can be a right choice during early game in order to make a couple of fast full circles around the base quickly increasing your score multiplier, but once you reach a 4x or 5x multiplier feather tap to guide your sphere more accurately because the screen will be swarmed with obstacles (black and white objects). If you are not quick and precise enough, your games will be short lived since you have to be very careful once you reach tougher phases.

Always plan for your next leap, especially while high up the air. The more time you have the better your next jump should be. Always search for black and white objects and plan your route so it gives you a chance to avoid or destroy them. This is especially important once you reach a 4x or 5x score multiplier and reach phase 4 or higher, since then the screen will be flooded with other while circles and obstacles, and planning your next jump can save you from hitting the wrong object.

4. Your Primary Concern Should Be Destroying Obstacles

There are many different black and white objects, but they all have one common feature; they can be destroyed if you bounce off their white side. Use this during early game to destroy as many of them as possible, making the harder phases, when more and more obstacles start to appear, easier. Also, always focus on collecting the explosive bonus (showed with explosion icon) because once activated, this bonus sends multiple obstacle-destroying shrapnel in full circle around it, easing up the game.

Once you start a new game, destroy obstacles and try making full circles to improve your score multiplier. You see, a higher multiplier achieved by making full circles around the base means more while, jumpable spheres will be generated. This way you will be able to gather more points in a shorter time span, easing up the process of reaching your previous high score. While you’re doing this, controlling your sphere with long taps will make it faster to travel around the base, allowing you to increase point multiplier faster.

On the other hand, destroying more and more obstacles will trigger new phases, and each phase comes with a new obstacle that’s harder to avoid than previous ones. So, clean the screen of obstacles and make circles around the base for the maximum point gain.

Almost every time you reach 50 points or more, the game will offer you an extra life in exchange for watching a short video ad once you die. Since you’ll be offered with an extra life, there’s nothing wrong with making risky leaps that can garner you multi jumps and lots of points. Once you die the first time, try planning your jumps more carefully and only perform multi jumps once you’re certain you’ll make them.

Multi combos also give you a chance to beat your previous jump height, which will give you even more points. When trying for a multi jump, always try picking up a bonus if it’s in your each, giving you new ways to gather more points.

Once you reach tougher phases, the screen will be swarmed with black and white objects, so making multi jumps with giving you higher and higher chances, as you progress, to just be unable to avoid an obstacle. To prevent this, do not leap as high as you can every time, look if there’s a large black and white group in your way before doing that.

Also, performing high jumps will make you fall pretty fast, giving you less time to react to enemy objects, which could prove deadly in later stages. Just try to leap off as many while circles as you can, and do not try to beat your max jump altitude with every leap.

There are specially colored circles that give you bonus points once you hit them. They are colored in red, green, and blue (their center is colored, while the rest of their body is plain white), and will start appearing once you jack up your score multiplier. They can give you up to 3 or 4 times the amount of points a regular white sphere gives, another reason to quickly increase the multiplier and to do it fast.

By focusing on hitting red, green, and blue circles you will be able to gather more points in less time, even more easing up the game. Remember, Leap On! is all about leaping off the spheres, so if you’re going to do just that, better leap off those that give the most points.

9. A Word Or Two About Bonuses

In Leap On! you have a multitude of bonuses that can give you special powers for a short time, or destroy obstacles. There are around half a dozen of them, and they all are useful.

You should try picking up the most valuable ones. For instance, the magnet will make other balls attracted to you, allowing you to perform mega jumps. You should pick it up if you want to make a huge point combo in a short time. It is also useful if you see other bonuses around, since picking up the magnet will attract every other sphere, sans black and white ones. This way you can collect multiple bonuses at once.

The star makes you invincible for a short duration and at the same time gives you huge speed meaning you can make almost a full circle around the base after you pick it up. So, the start is most useful early in the game, while you are trying to improve your multiplier. It is also useful later when you become swarmed with obstacles.

Explosion power sends shrapnel in all direction, destroying every obstacle they touch. You should pick it up every time you see one because the explosion is one of the most powerful bonuses available.

You also have a shield (showed with electric power icon), that will give you a temporary shield against black and white object. Do note that once you hit an obstacle, the shield will disappear.

You also have an invincibility bonus (showed as a plus sign), making you invincible for a short duration. It is great to pick up anytime and is the most powerful bonus. You also have a high jump bonus, allowing you to jump pretty high, and a tornado bonus destroying all obstacles in its vicinity. You should pick up the tornado every time you see one because it can clear the playing field, leaving just while spheres, allowing you to make awesome combos.

Ok, that was all for today. We hope this guide helped you in beating the high score in Leap On!, making the game more fun and enjoyable. Thanks for reading and happy gaming! 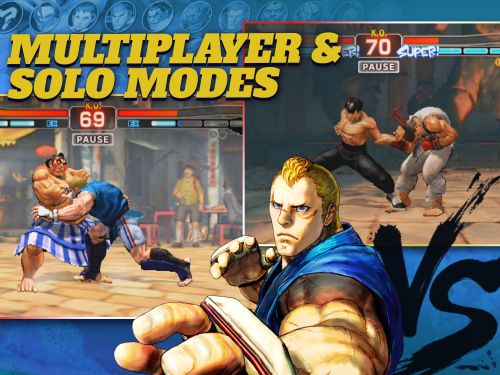 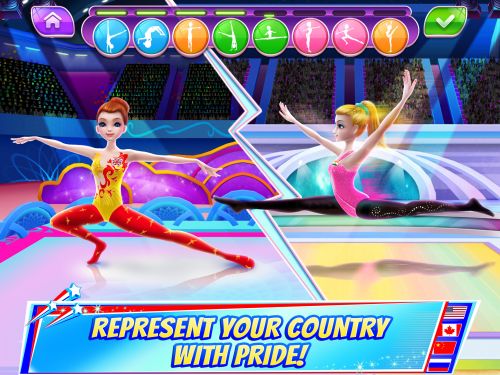