Square Enix has a new game featuring iconic Tomb Raider heroine Lara Croft, and it’s simply called Lara Croft GO. You can play this on iOS and Android devices alike, and in essence, this is a turn-based puzzle adventure set in a long-forgotten world. As Lara, you’ll be exploring an ancient civilization’s ruins and discovering all sorts of challenges and secrets while uncovering “the myth of the Queen of Venom.” There are a total of 75 puzzles across a total of five chapters, and as you progress through the game, you’ll collect relics and unlock new outfits.

One interesting thing about Lara Croft GO is that Square Enix did not include any tutorial with the game – almost every mobile game has one, so why didn’t they include a tutorial for this title? We don’t know for sure, but what we do know is how to play this game. And here are a couple of Lara Croft GO cheats, tips and hints that will help bring you closer to uncovering the myth and solving all the puzzles.

The game won’t tell you, of course, but it’s actually very simple – if you want to move Lara around, all you have to do is swipe, swipe, swipe. Swipe in the direction where you’re planning to move her, and it will be done in just one move. The fact that Lara is a veteran adventurer will allow her to do those death-defying things her character has done across several titles, and that means you won’t need to do anything special apart from swiping toward the desired direction.

2. Take Your Time Before Making A Move

So far, we haven’t seen a level where Lara is put under time pressure. In other words, you can take your time in the levels so you can be absolutely sure you’re doing the right thing and going the right way. This becomes important in the later stages, where certain enemies and obstacles will move when you move; planning becomes a bigger issue in those levels, so be sure you aren’t making any rash decisions.

3. You Can Tap To Do A Number Of Things

Most items in Lara Croft GO can be activated with a simple tap – this includes switches, which can be turned on or off if you have Lara move to the space where they’re located, and tap accordingly. Tapping can also be used when collecting gems and relics, and in that case, you won’t need to make Lara move right next to the gems and/or relics.

4. Be Careful Where You Walk

Speaking of taking your time, you should also be wary when you see a crack on a space prior to stepping on it. That’s an automatic red flag; the first step on that space would result in a partial collapse, and the second step will result in a complete collapse that will end up killing Lara. And we’re not just talking about floors or the ground – this also covers walls, though when it comes to walls, the second time on a crack would lead to Lara falling down, but not dying.

5. Know Your Enemies’ Strengths And Weaknesses

All creatures in Lara Croft GO have their own sets of strengths, weaknesses, and skills. You may need one strategy against one type of enemy and another strategy against a second type, and so on. But in general, you’ll want to keep your distance from any enemy of any kind if you don’t want to get killed off faster than you’d like.

Giant Spiders, for starters, only travel along one path and move one space at a time whenever Lara moves. Don’t move in front of them, but try getting them from another angle so that Lara can fire at them. Lizard Men are arguably deadlier as they’ll start chasing you when they spot you two spaces or less ahead of them. We suggest luring Lizard Men to a cracked space; if that space is a wall, the Lizard Men will live, but also stop chasing you in the process. Lastly, snakes do not move, but make up for that by being extra-deadly once you’re in contact with them. Best way to get snakes is by approaching them from the side or from behind, so that Lara can attack them with pistols.

Normally, all of Lara’s attacks would be close contact or melee attacks. But you can also make her go for a distance, or ranged attack. If you spot a spear wherever you’re at, have Lara go to the space that has the spear in it, and she’ll pick it up by herself and keep it with her until you’re ready to have her launch it.

Take note, though, that you have to be the same level as your target when using the spear. There also shouldn’t be any obstacles in the way. You’ll know you’ve got an available target for your ranged spear attack if you see a white glow surrounding the target. Additionally, it may help not to go for the obvious – for example, it may be too haphazard to use the spear to kill the closest enemy, and better to plan its use ahead of time.

7. Pay If You Need Help Solving The Puzzles

With a little patience, you can solve each and every one of the available puzzles in Lara Croft GO. Completing these puzzles by yourself, of course, is the most rewarding way to play the game. But we’ve got to face reality – we can’t spend each and every minute of our day playing mobile games, as we may have work, school, or other matters to attend to.

So if you’re absolutely stuck in a rut and want to figure things out ASAP, then you can buy the solutions to all the puzzles in Lara Croft GO for five dollars. This appears to be an introductory price, so there’s the possibility it may go up eventually. Personally speaking, we’d rather complete the levels and solve the puzzles ourselves, but if things get too difficult for your liking, the option to pay for a solutions package is always available…for a price. 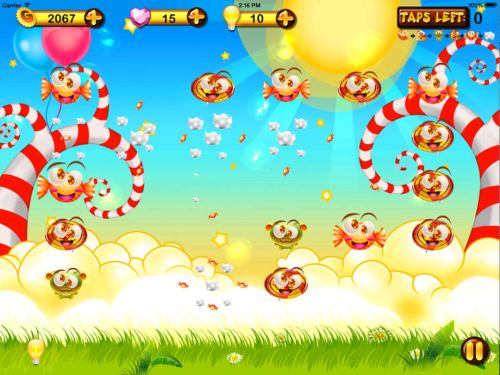