X-Legend’s fantasy MMORPG is finally coming to mobile. Laplace M has just begun its pre-registration period, but it will be going into closed beta on January 10. That means open beta can’t be too far behind. Those who are lucky enough to make it into the closed beta have mere hours to wait before they get their hands on the game. 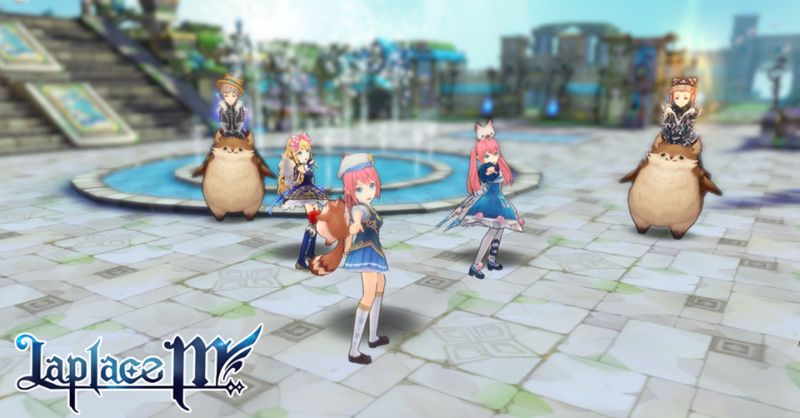 Laplace M is the mobile tie-in of Laplace, an action MMORPG that is known for its beautiful anime-style character designs and fast-paced gameplay. While very little is known regarding the mobile release, the official website shows there will be four basic classes: Mage, Assassin, Warrior, and Cleric. Each basic class will have two advanced class options that players will be able to change to after progressing in the game.

One of the primary draws of the game is the cute pet system where players can collect various adorable creatures to join them on adventures. The cuteness does not stop there, though. Players will be able to actually transform into cuties themselves. That is on top of the numerous avatar customization options available.

Those who are looking for action will find plenty of it in the dungeons. Laplace M features a multi-class dungeon crawling system that allows players to work together in order to defeat monsters and gather precious loot. Players may also create clans, add friends through the in-game social system, and even date fellow players.

Laplace M will be available for download from the Google Play Store and Apple App Store when it is launched. Those who pre-register will be rewarded with rare cards that will help them get a head start in the game. There is also an ongoing event on the game’s official Facebook page that will give players a chance to win even more rewards by simply sharing the pre-registration post.