Mobile game developer KEMCO has just released its latest RPG called Seek Hearts for Android and iOS devices. The game follows the story of Izen, a man whose entire existence is shrouded in mystery. He teams up with other characters in the game to embark on a quest for answers. What they find, however, may be more than what they bargained for. 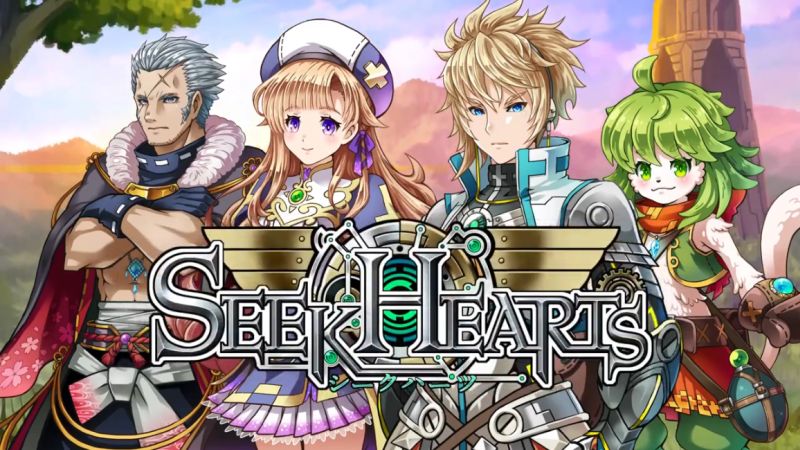 KEMCO is known for delivering quality RPG stories with old-school graphics and anime-style character designs. Seek Hearts lives up to the KEMCO standard in terms of story, gameplay, and overall experience. Fans of classic 90s RPGs should be able to enjoy unravelling the mysteries behind the main protagonist’s identity as well as all the action that comes with it.

One unique feature in Seek Hearts’ combat system is Izen’s ability to boost his parameters by absorbing weapons. The same skill allows him to swap out both his arms in order to change weapons. He can also change his legs to increase his defense. Finally, inserting chips into his core can add specialized skills to his arsenal.

The game also has several other unique combat mechanics including the use of fairies in battle and the ability to change battle speed and encounter rates. Players will also earn various titles as they progress through the story. These titles can be equipped on any of the party members in order to gain additional stat boosts.

Seek Hearts is available for download from the App Store and Google Play. The standard price for the full version is $6.99 on iOS and $7.99 on Android.