Aquiris Game Studio’s Horizon Chase – World Tour is described as a “love letter to retro gaming fans,” and as you may have figured, this is another one in our continuing series of racing games featured with their own tips and tricks. It’s an iOS game supposedly “inspired in the great hits of the ‘80s and ‘90s,” such as OutRun, Lotus Turbo Challenge, and more. Unlike games like Need for Speed No Limits, Horizon Chase puts a premium on classic arcade gameplay. It also has 16-bit-style graphics and a retro-enough feel that doesn’t take away from it being a contemporary title for mobile. Additionally, the soundtrack is composed by a major name in the business – Barry Leitch, who created the music found in Lotus Turbo Challenge, Top Gear (SNES), and Rush.

We’ve covered multiple racing games as of late, and now, we advise you once again to buckle down before you drive. That’s because these Horizon Chase tips, tricks and cheats may be the difference between your victory and your possible defeat.

Making turns is one thing you’ll be doing a lot of in Horizon Chase; it gets boring, after all, if you only compete on a straight line, right? Yes, we know that it’s cool to be pulling off some impressive turns at an extremely high speed, but as the saying goes, you’ll be better safe than sorry. By slowing down a bit before you turn, you’ll have more control of your ride. Without this control, you may veer off your path or worse, collide into something. 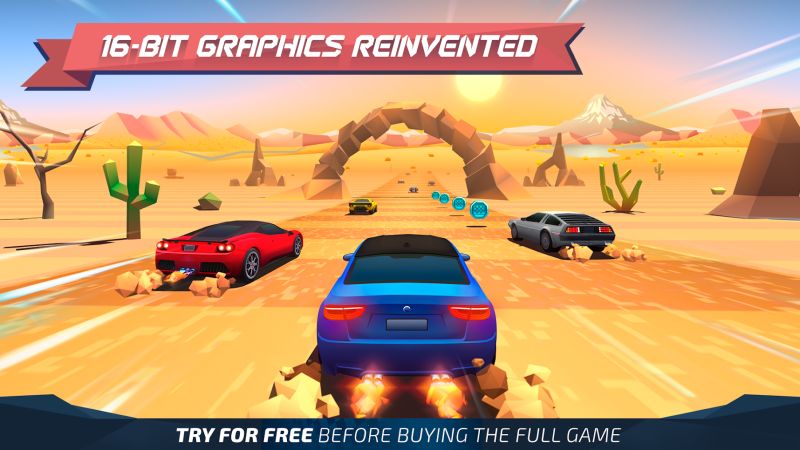 As you progress in level, you’ll encounter more turns in the courses, but it’s more than just going slow when you see one. You’ve got to be quick to spot one on the map, as reacting too late could also mean less control on your end.

2. Fuel Is Of The Essence

Horizon Chase’s energy mechanic is based on the amount of fuel you have left. But what can you do if you don’t want to run out of gas? It’s really quite simple. Make sure to collect gas cans whenever you see them, as running out of gas will automatically mean you lose the round.

3. Not All Cars Are Meant For Certain Courses

Over time, you’ll unlock more cars in this game, but not all of them are worth driving on a certain course. In fact, some are good on one type of course but absolutely horrible on another. Check each car’s features and specs before choosing a car for a specific course. 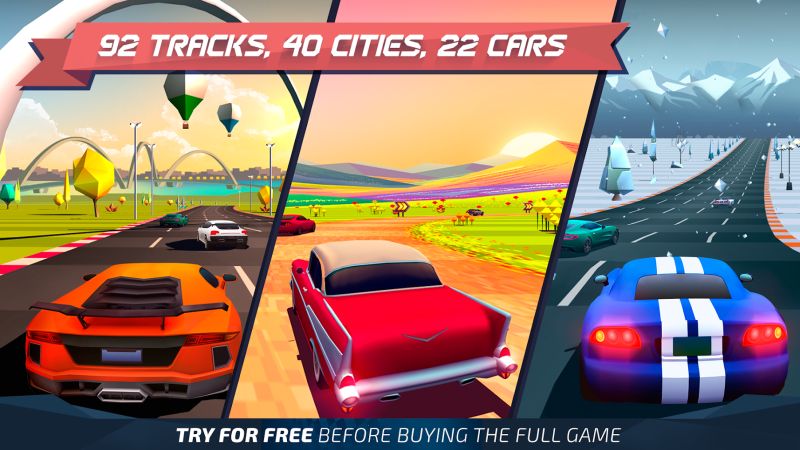 In this game, you should make it a point to upgrade your car, mainly its handling and acceleration. After all, you can’t expect to speed past everyone all the time, right? As AI opponents become tougher, these upgrades become more essential, so hurdle those bonus rounds for more chances at upgrades.

5. You Don’t Have To Win All The Time

Don’t be discouraged if you finish well off first place, or even finish at the back of the pack, at dead last. The important thing is finishing a stage, and collecting the tokens you can earn merely by completing the stage. Always going for the gold will only leave you thrown off your game, so don’t put too much pressure on yourself.

These would be our tips and tricks for Horizon Chase. If you happen to know other tips or just want to share your thoughts about the game, feel free to drop us a line in the comment area below!