For the most part, battle royale games such as Playerunknown’s Battlegrounds (PUBG) are best-enjoyed by PC gamers. But Guns Royale just could be the first major game release of its kind to bring battle royale gaming to mobile devices, albeit only the iPhone and iPad for the meantime. For those who aren’t familiar with how PUBG, ARK, and other games of their kind work, these are games where you can compete with up to a hundred (depending on the game) other players, trying to outlast everyone else as you pick up more weapons, armor, and other goodies, and ending up as the last man (or woman) standing. That’s pretty much the premise of this new game, though this is a title that’s been distilled for mobile, with simpler, block-style graphics, simpler mechanics, and only 15 players at a time. Still, it’s going to be a survival of the fittest for you and everyone else, and it will be all up to you as you hope to outlast everybody, or at the very least most of your opponents.

Achieving success in this game takes more than just getting all the guns — it takes a bit of skill and a bit of strategy, and even with only 15 players, it won’t be easy outlasting 14 other people. But with the help of our Guns Royale strategy guide, we hope to help you last longer on the battlefield, and do all the right things on your way to becoming the last player standing!

1. Spawn Near Buildings If Possible

If you’re looking to get all the good and valuable stuff, such as armor, weapons, and other necessities, you want to spawn at the right place. In Guns Royale, your best bet is to spawn by buildings and houses, as that’s where you can find most of the solid pieces of equipment and weapons you can use. But don’t be surprised if you see everyone else in a game trying to spawn near buildings — it’s a tried-and-true strategy, and there’s a good chance that most of you will have the same thing in mind!

2. What Do You Do If You Spawn Near An Opponent?

Of course, it’s also possible that you may end up spawning next to an opponent. What’s to do if you end up in such a tight spot and find yourself next to one, two, or even more opponents? Why, the best thing to do here is to simply run away from the action. In the early goings, you don’t need to fret much about the damage you’ll be taking, as everyone is armed with a rather weak, common pistol that doesn’t do much damage. That means you should still be in good shape if you get nicked a few times, but that also means you should take advantage of the better weapons that are out there, waiting to be found.

3. Make Sure You’re As Equipped As Possible

Now you can’t go around expecting to last long in the game if you’re only equipped with a merely adequate loadout. Solid won’t cut it here, and neither would a merely average setup. That’s what makes it important to keep your eyes peeled for as many guns as you can spot on the battlefield. What you want here is to have a new pistol, a shotgun, an assault rifle, and before we forget, a backpack. That should give you a complete setup that should give you an edge against the rest of the competition.

Once you’re equipped, you can go ahead and run after your opponents if you’re close enough to each other; it’s always a good thing to launch a sneak attack on an unsuspecting enemy. However, the risk here is that you won’t have any clue about what your opponent has with them. You may be giving chase with a merely common gun, only to realize you’ve tried to bite off more than you can chew, as your opponent has a rare or epic weapon.

4. You’ll Also Need A Medkit With You

While it’s definitely important to have a full complement of weapons via scavenging, you’ll also need a medkit on hand, to allow you to heal up on the fly. You’ll find the medkit button on the left side of your screen, below the clothing boxes, and the good news is that you can easily access your medkits anytime your health is running low and you need to heal up to survive a little longer. But the bad news is that you won’t recover instantly; it will take a few seconds for your health to be restored. Even worse, the medkits aren’t like the health packs in other games involving guns, fighting, or anything where a health bar is involved — you won’t be healed completely, as you’ll get only about 20 percent of your health bar restored per medkit. Normally, you’ll only be able to have one medkit at a time, but if your backpack is solid enough, you’ll be able to hold two. Just remember, however, that medkits aren’t meant to be used while you’re in the middle of a battle!

5. Clothing Is More Than Just Aesthetic

At first glance, you may think that the articles of clothing you may find while scavenging are only there for aesthetic purposes, and to make your character stand out from the rest of the pack. That actually couldn’t be farther from the truth, as each clothing item has some stats connected to them. Look for the green upward arrows near a piece of clothing — that’s going to tell you that you’ll be upgraded by wearing the item. Clothes can also offer some much-needed buffs throughout the course of a game, such as reducing the amount of damage you take per hit, allowing you to move faster, etc. There are even head pieces that come with a camera zoom-out feature; this unique piece of clothing allows you to look farther back and spot players before they can even spot you first.

When it comes to games such as Guns Royale, crowd control is an important thing to look for in your weapons. You will, however, need to look no further than the grenades, as these are high-powered, explosive weapons that could douse figurative water on any firefight, take care of multiple opponents at a time, and could also be used for a variety of purposes. For example, you can use grenades to blast an opponent who’s in hot pursuit, or to blast someone who’s ahead of you, to use the opposite as an example. Grenades are very useful in this game, and you shouldn’t hesitate to use them, should you be able to scavenge for them in the early stages. Be careful, though, not to miss your opportunity to use them, as hanging on to them for too long may only have you blowing that chance for good, at least while taking part in a battle.

It’s a rather strange way to name a zone that could technically kill you if you step outside of it. But the Play Zone is one off the many challenges you could be facing in Guns Royale. This zone will get progressively smaller as the battle rages on, and if you find yourself outside of the zone, you will start taking damage. Awareness is key to success in this game, and if you know where the Play Zone is at any given time, you’ll have no excuse for being caught out of it much sooner than expected.

There you have it folks! This wraps up our strategy guide for Guns Royale. Should you have additional tips or tricks for the game, don’t hesitate to let us know in the comment section! 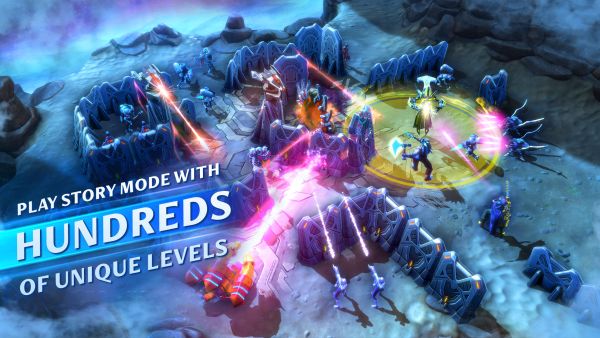 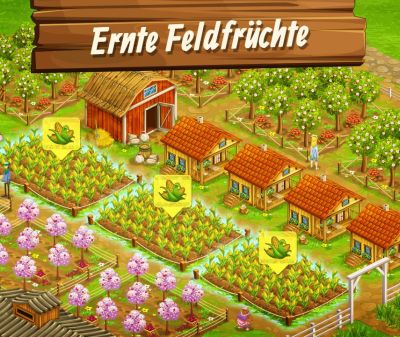