Guardian Tales is a unique and exciting new role-playing game on iOS and Android. Publisher Kakao Games did a really good job in crafting a world that is both humorous and interesting. With a lot of players staying for the long term in the game, a lot end up playing competitively even though they just started out to play the game as a casual player.

However, because you’ve played the game for a long time, it doesn’t meant that you’re ready to play competitively. There are some things that you will still have to prepare for. For example, you need to have a powerful hero in your team before you can hope to beat competitive players. You should also have character specific weapons that will boost the strength of your party. With these in mind, we created this Guardian Tales tier list, showcasing the best characters that are available in the game. 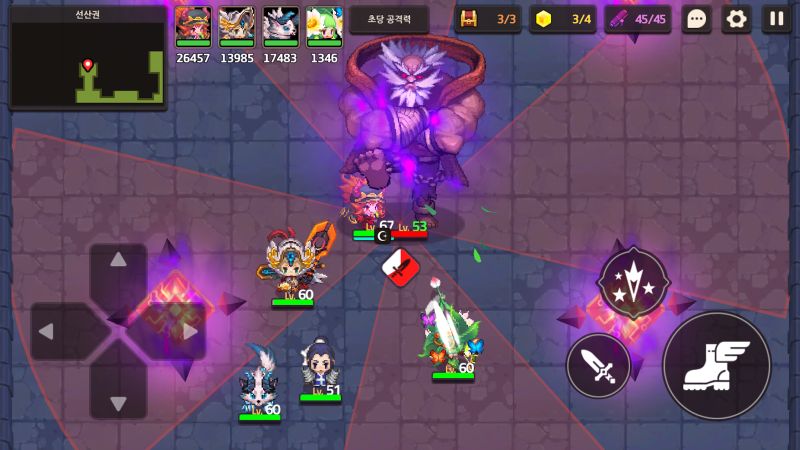 As with every gacha or hero collector game, there exists a tier list for the units that we summon through our draws. These tier lists help players build up their team composition for the various content that the game has to offer. Guardian Tales’ tier list is both for breezing through the main storyline and for climbing up the PVP ladder. Always remember that even if you have a full set of S-tier heroes in your disposal, you shouldn’t mash them up into your team if their skill chains do not coincide with one another.

So aside from giving you a list of heroes that you should aim to add to your party, we will also discuss how you should build your party around them. We hope that this guide will be helpful to you, as the competition in Guardian Tales is very tough. Rest assured, knowing which heroes and weapons to take to battle will be the key to your success. Reading through this guide will instantly make you much more likely to climb the leaderboards.

There are currently 58 heroes that you can get in Guardian Tales — 21 Natural 1-Star Heroes, 27 Natural 2-Star Heroes, and 10 Natural 3-Star Heroes. Let’s start off by giving a brief overview of all the acquirable heroes alongside their specific weapon (if any) and their natural star rating.

These heroes do not have any specific weapons and are the ones you would commonly see when you draw for heroes. They’re not generally recommended for PvP battles, but they can still be used for the early stages of the storyline.

Character Specific Weapons start appearing for 2-Star heroes. Generally, heroes with their own weapons are much stronger than the ones who don’t. There are, of course, exceptions to this rule.

Guardian Tales Tier S Heroes – The Cream Of The Crop

We start our lists with the best of the best. They’re the strongest heroes you can use in any situation, may it be in the single-player campaign or PvP. We discuss in these sections their primary role, their chain skill, party skill, and card suggestion which should help guide you in your party formation. 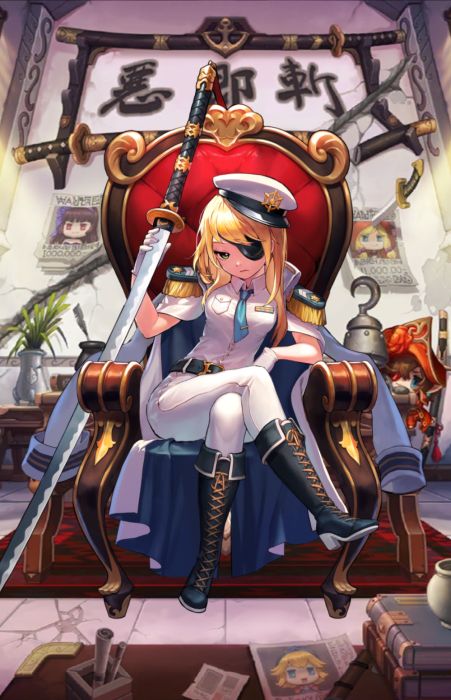 Chain Skill: Blessing of the Ocean
Prerequisite status: Any
Status after cast: Injured
Inflicts 250% of DPS to enemies and creates 20% water shield around all party members 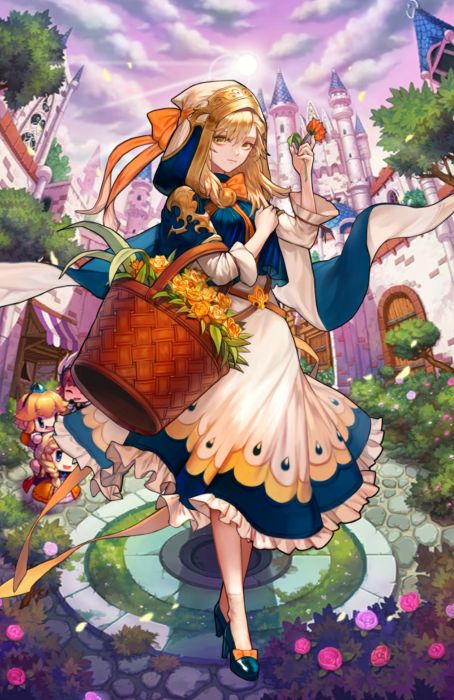 Card Suggestion: Bari is quite squishy, but her damage output is top tier. You can do two builds for Bari: Full glass cannon with two pure DPS cards, or split build with one HP and one defense card. 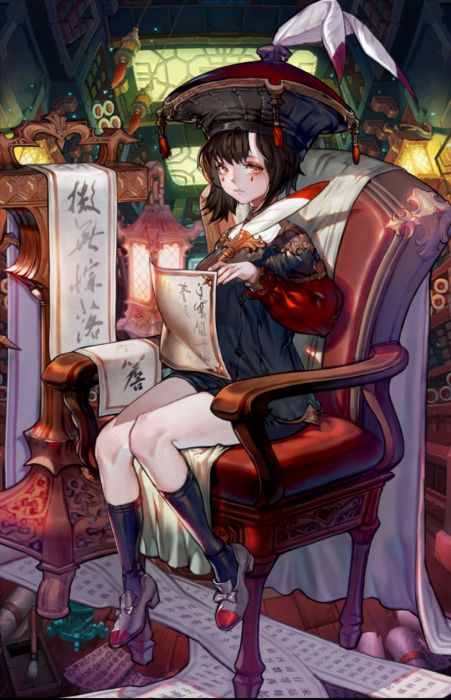 Card Suggestion: Healing isn’t really an ideal route for your party composition in PvP, so don’t give Lahn any cards for healing. Instead, focus on increasing her DPS, so equip one card for her attack, and another for her HP. 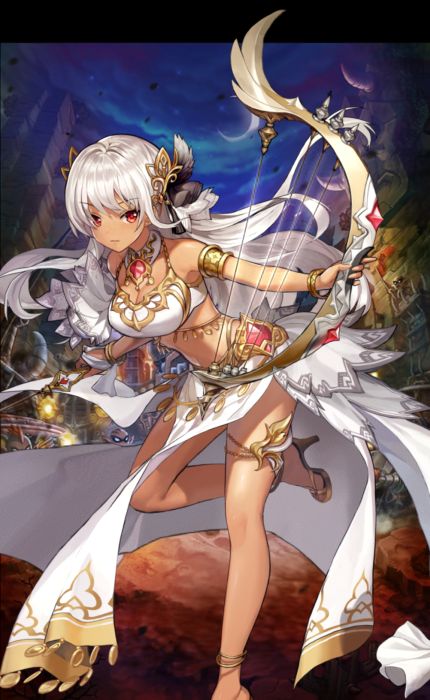 Chain Skill: Storm Arrow
Prerequisite status: Injured
Status after cast: Airborne
Shoots arrows that inflict 300% of DPS. The damage inflicted depends on the number of marks the enemy has (Marks are inflicted upon being hit with her normal attack)

Card Suggestion: With an amazingly high DPS, you won’t need to boost her attack anymore. She’s very fragile though, so you’ll have to use both of her cards to boost her HP. 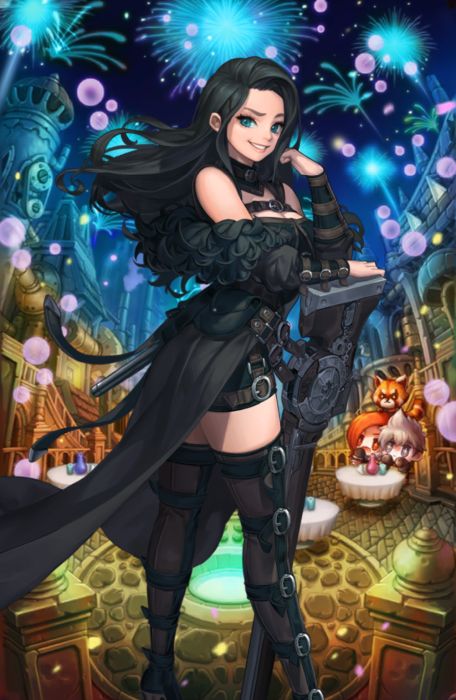 Card Suggestion: Hekate is the only Natural 2-Star hero in the Tier S list, and actually the only character from the 2-Star hero list that can be used in PvP. Use both of her cards to boost her HP.

The next heroes can never be true replacements of the Tier S heroes, but they’re good enough to scrape by in the leaderboards. These heroes are strong enough to hold their own in the single-player campaign, dungeons, but they are easily defeated by Tier S heroes above. 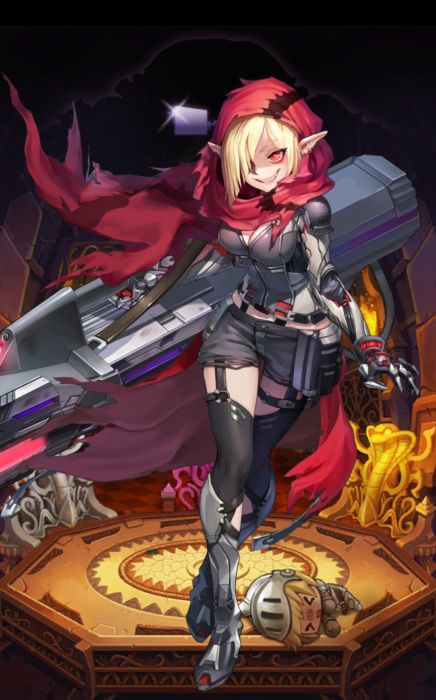 Card Suggestion: She’s primarily used for her DPS, but she still needs to get two ATK cards for her to be effective. 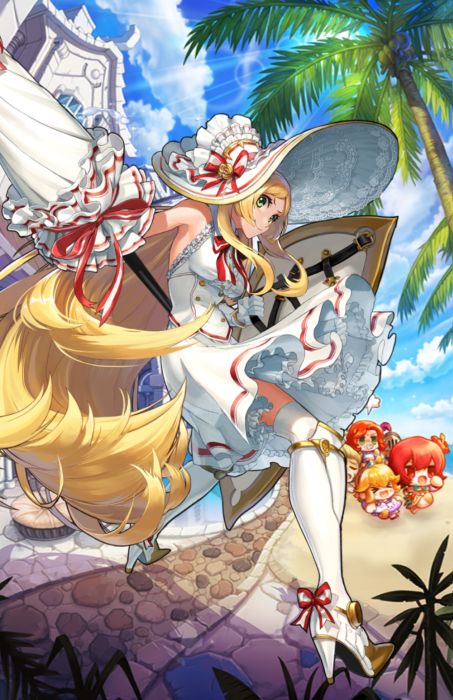 Card Suggestion: As Lapice can hold the line for a long time, her damage output isn’t on-par with other DPS heroes. That’s why you have to put two ATK cards for her. 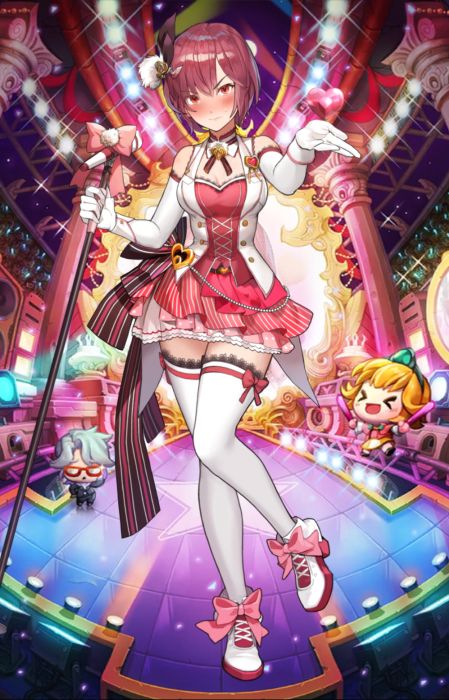 Card Suggestion: Eva(Idol) is very fragile, so you need to make sure she survives enough to be able to use her Chain Skill. Her Chain Skill is really powerful, but you need to use either two HP cards or two Def cards to allow her to live long enough to make a difference. 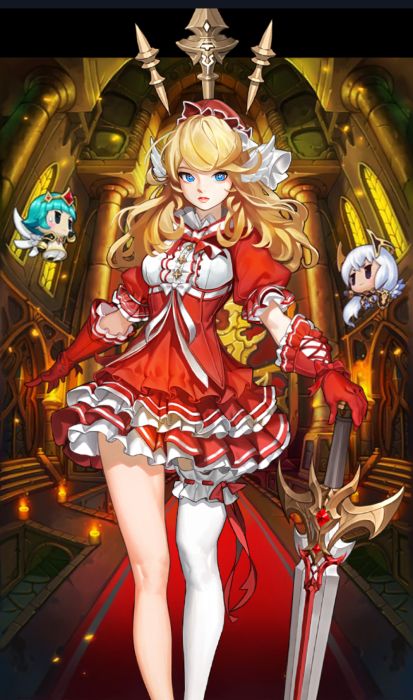 Chain Skill: Power Liberation
Prerequisite Status: Injured
Status after cast: Downed
Increases damage of her normal attacks by 50% and increases her defense by 50% for 10 seconds

Card Suggestion: She pairs up quite well with other Fire heroes, which makes her an integral part of high DPS party compositions. With that in mind, there’s really no reason for you to invest in her survivability. Go full glass cannon with your party and give Plitvice two ATK cards.

Building Up Your Ideal Party

Aside from the tier list that would help you decide on what hero you would prioritize over the rest, there are still other things to consider whenever you are choosing your line-up: Elemental Counters, Elemental Bonuses, and Chain Skills.

Therefore, another consideration you have to take into account in making your party is this elemental system. Remember that the elements with the advantage deal 130% more damage to the weaker element, while the reverse results to only 70% damage.

There could be times that your heroes are really at a disadvantage in terms of their elemental weaknesses. In these cases, it’s even better to pick someone of the element found on the other triangle. With this, you and your opponent will give a flat 100% damage output — no amplification, but at least no damage reduction. 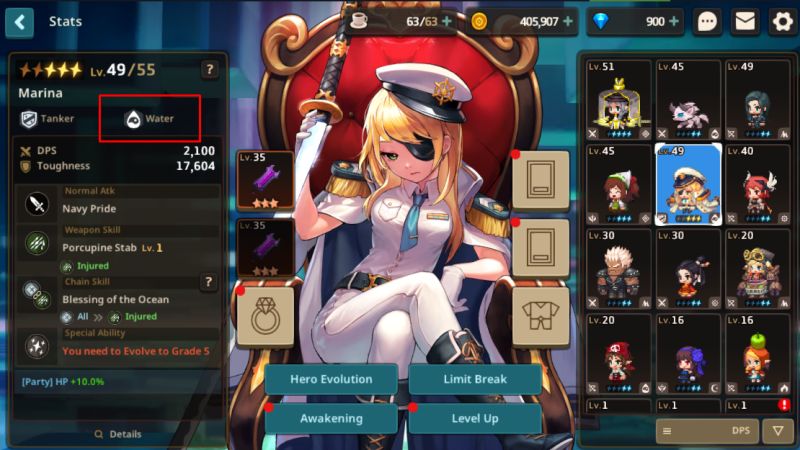 There will be times where you will not find the character specific weapon of the hero that you want to use. The best contingency plan is equipping that hero with a weapon with the same elemental attributes as the hero you chose. If ever you do not know the hero’s innate elemental attribute, just look no further than your collection book or take a gander at the character equipment screen. Equipping them with a weapon that has the same elemental attribute would lead them to deal 10% more damage. This may not much, but it might be the damage you just need in clutch moments in the PVP Arena.

The last thing to consider is if the heroes’ chain skills properly mash up with each other. The maximum amount of chain that you can do (every 30s) is 4. These chains can lead to a cumulative total of 10 seconds-disable to your opponent that got hit. 10 seconds should be enough to whittle their life down to 0. With that in mind, you should also equip your main character (the one that you are currently controlling) with a weapon that has the proper skill that inflicts the proper ailment to start off your chain, else that 4 chain would never come in fruition.

New characters may come and go in Guardian Tales as the game evolves and new heroes are introduced in the game. With that being said, this tier list may change in the future, as the meta changes along with the heroes that are added to the game’s roster. As a competitive player, you have to pay close attention on which heroes are trending, and build your party around what’s popular. Sometimes, even the strongest team composition can be outplayed by a party that directly counters its strategy. When that’s the case, you have to know how to react, and build a counter-meta party that can deal with them.

However, some things might take more than just newly-introduced heroes to beat. For example, the game really favors high DPS party builds, and healer/sustain builds are really not advisable. Knowing this, you’ll be wise enough not to invest in new healer/sustain heroes when they come out, or at least not until you’ve seen them used by others in a very strong lineup that counters the meta.

The secret here isn’t just staying ahead of the curve. It’s being able to notice new patterns and keeping up with the meta. Your ability to be flexible in your party composition will be your biggest asset in playing competitively in Guardian Tales.

This is by far the best and most informed tier list. All the others are so cut and paste. They are totaly inacurate. However what i would like to see is a tier list including some of the non specific to character items/bad ass weapons. Ie minitir two handed sword/ nest of white dragon/ best necklaces/rings per characters etc.