A delightful mix of action, strategy and pure anime fun! Does this sound too good to be true? Prepare to start fangirling as all your dreams just turned to reality with the all new game Girls’ Frontline. Developed and released by Sunborn Network Technology Co., Ltd. this mobile title is already creating waves in the anime action genre and is a popular teen choice. If you want to get in on the action, Girls’ Frontline is available to download and play for free on iOS devices from the iTunes Apple Store and on Android devices from the Google Play Store.

Packaged in a reasonable size of only 251 MB, Girls’ Frontline comes with a very interactive storyline and many hours of gameplay so that users do not get bored very easily. The developers also pay close attention to the feedback and comments by players always working on releasing new updates and bug fixes to improve the gameplay. The most recent update to the game occurred on 19 May 2018 and included bug fixes to the cache interactions.

Girls’ Frontline can be best described as a turn-based strategy game with all the elements of an anime hit series, thus it will interest players of all ages and genders regardless of whether they are hardcore anime fans or not. The difficulty at the beginning of the game increases very gradually but defeating enemies continues to get more and more difficult as you progress through Girls’ Frontline. The initial game tutorial does well to introduce you to the basics and the fighting mechanisms involved but it does not teach you the tricks of the trade and the key to leveling up really fast. Read on to find out about these hidden tips and tricks and set yourself on the fast track to becoming an ultimate T Doll Military Commander in Girls’ Frontline!

1. Equip Your T Dolls With The Best Weapons

Like any other action strategy game, Girls’ Frontline gives you a huge array of weapons to choose from and your choice ultimately depends upon the situation you find yourself in while playing the game. There are some main classes which you can select from and each of these weapon classes have their own advantages and disadvantages which is a very important deciding factor in what you should select to equip your T Dolls with.

During the later stages when you encounter difficult bosses, you will need to switch very fast between weapons while you are engaged in battle. This is why you should know enough about all the weapon classes so that switching or equipping your T Dolls at any stage in the game is easy for you.

One of the highest DPS (Damage Per Second) dealing weapons in the game, the Rifles or RF as they are denoted in the armory section allow you to engage in both far and close ranged combat. It is very important to remember that the Rifles always targets the back lines first and because of this you should equip the middle formation T Dolls with these weapons for maximum effectiveness. One of the best features of this weapon class is the armor piercing shells which you can equip as an add-on after you unlock them.

These armor piercing shells are very effective especially during the later levels as most of the higher level enemies that you encounter will be heavily armored. It is also pertinent to mention that the Rifles are classified as one of the Low Fire Rate High Damage weapons which means that they are good focusing down single enemies rather than multiple targets at once due to the low fire rate. Rifles are best used in synergy with Handguns as they complement each other very well so remember this tip while equipping your T Dolls.

Gun Down Enemies With Assault Rifles

Another major category of weapons is basically an extension of the Rifle category but with many advanced and extra features at your disposal. Referred to as the AR category in the armory section, these are also DPS class weapons and have an excellent capacity to deliver a high amount of damage in a relatively short time. This class of weapons also features the ability to equip add-ons like night vision scopes to combat accuracy debuffs in night fight situations.

Another key aspect to remember is that the Assault Rifle holders will target front line enemies first and then move on to those in the back. Therefore you should keep this in mind while making formations before a battle commences. The Assault Rifles have a relatively higher rate of fire as compared to the Rifles but at the same time their firepower is lower. This is also an important factor while deciding the battle formations. Assault Rifles work very well with Submachine Guns and increases both of their effectiveness.

Dodge And Support With Handguns

A support class of weapons in Girls’ Frontline; the handguns are important in their own way. Once you unlock some of the extremely high evasion guns at the higher stages, they will be able to act as dodge tanks. You can then use them to take most of the incoming damage from the enemy while you gun them down. An additional benefit of using handguns in your T Doll squad is their synergy with most classes of weapons with the exception of shotguns. Therefore you should deploy at least one handgun per squad no matter the situation as their benefits far outweigh their limitations.

The highest damage dealing category of weapons in Girls’ Frontline, the Machine guns will allow you to completely decimate any enemy in front of you if used correctly. Similar to the Rifles, the Machine Guns can also be equipped with armor piercing shells to deal with difficult armored enemies. The only downside to this amazing class of weapons is the relatively high reloading time which means that if you have highly evasive enemies in front of you, it would be a difficult situation if your ammo finishes before they are dead. A subclass of Machine Guns is Submachine Guns (SMG) which is classified as a tank class and has very high health points. These should therefore be kept at the very front line of your T Doll formation so that they can tank most of the incoming damage and protect the back end damage dealers.

Rip Your Enemies To Bits With Shotguns

Last but not the least is the powerful tank class of Shotguns. Very high health and armor makes this class of weapons practically indestructible. They do not have any evasion which is understandable considering the perks already given to T Dolls equipped with shotguns. An amazing add on that can be used with Shotguns are buck shells to deal damage in an area of effect which is very useful when the number of enemies against you is very high. The Shotguns do not synergize well with other weapon classes though and are more oriented towards late game strategy as they are only available in the Large Scale Construction groups.

Girls’ Frontline is all about devising the best strategies and outsmarting your opponents in battle. This is only possible when you have a clear idea of how the battle formations work and where to best place the T Dolls in order to ensure maximum effectiveness during fights. Each of the weapon classes have their own specific tiles which when activated grant buffs to the guns and you should utilize this property to gain an upper hand over the enemy. It is important to note that the tile buffs are multiplicatively applied over the equipment bonuses.

Therefore you should always prioritize adding as many tile buffs on your DPS class weapons as possible. This also means that you should always avoid placing the Rifles and Assault Rifle holders in the frontline of your formation unless they have armor equipped on the very late stages but you will still have much better options.

A very easy way to remember the tile formations is to visualize them as the numbers on a mobile keypad.
7 8 9
4 5 6
1 2 3
Once you have this in your mind you can easily place the best guns on their most effective tiles. Bear in mind that tiles 3, 6 and 9 should exclusively be used for shotguns due to the extra buff and targeting advantages on these tiles. Similarly, the tiles 1 and 7 are very effective when used for the DPS weapon class equipped T Dolls. Moving on to the tank class of weapons you should prioritize the tile 5 for the T Doll equipped with your main tank as this tile provides maximum buffs during combat. Tile 8 should be used for your buffer or secondary tank weapon due to the lighter buffs and higher fire rate given by this tile.

In Girls’ Frontline, the buffer guns act as a medium between you and the enemies slowing their movements so that the main DPS dealers can finish them off. In accordance with this advantage, you should place the buffers like M4A1 and Hand Guns on tile 4. After you have achieved a sufficient understanding of the formations you will realize that the best battle formation exists in an “F” shape. During the making of this F shape you should aim to make “Rifles and Handguns” and “Assault Rifles and SMG” combinations in order to achieve maximum combat effectiveness.

3. Batteries, Leveling Up And Crafting

In Girls’ Frontline, batteries are your main currency of use as they are needed for upgrading data, fairy and pet rooms as well as creating combat reports. All of these are important objectives which allow your T Dolls and Echelons to gain experience much faster and more effectively. As you progress further and take control over more dormitory rooms it will be easier for you to gain batteries faster but at the same time the requirements for battery usage will also increase at an exponential rate. As a reference, the normal battery gain from a single dormitory room is around 40 per day at the later levels.

If you increase the comfort level by upgrading or adding features to the dormitories, this gain can be increased but it is not advised to invest too much as the gain increase is relatively low. Each dormitory room also increases the maximum capacitor cap by 80 batteries so it is much better to invest in adding dormitory rooms rather than upgrading the comfort levels. As a commander it is also necessary for you to ensure a high production of combat reports. For this purpose you should upgrade the data room as soon as possible because this is where the combat reports are produced. Combat reports are also very important as your main source of experience gain at the later stages.

If you head over to the research menu you will find the skill leveling up section where you can influence many different factors of your guns. You can reduce cooldowns, increase damage and also the duration that buffs are applied. It is important to note however that you cannot use guns while you are leveling them up so you should ideally schedule this activity for night before you go to sleep for maximum active time while in game.

Guns in Girls’ Frontline also do not gain stats by leveling up so if that is your objective then look towards another feature known as “Enhancing”. To engage in enhancement you will need to use enhancement pills or 2 star guns which you don’t use anymore at the later stages. In order to gain new 4 and 5 star guns and equipment, crafting will be your main source as drops are very rare as you are progressing through Girls’ Frontline. The process of gun crafting requires Doll Production Contracts which you will obtain periodically while equipment crafting requires Equipment Production Contracts which you can gain by completing missions and objectives. 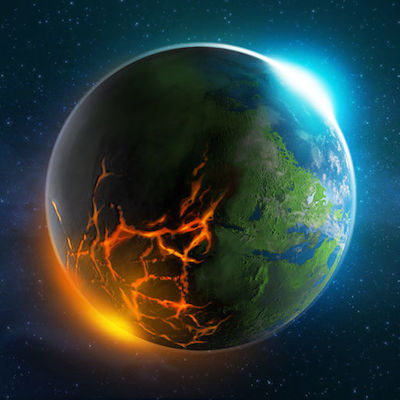 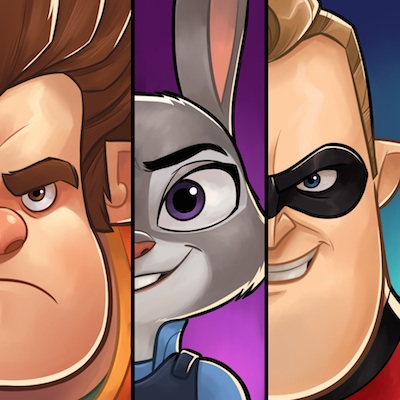