Geometry Dash World is the latest chapter in the ongoing Geometry Dash platformer series, and it’s now available via RobTop Games for Android and iOS devices. Once again, your goal is to jump and fly and avoid danger, using rhythmic motions to get yourself away from trouble. The game invites you to push your skills to the limit in dangerous passages and across spiky obstacles, though you won’t be alone in this game – you’ve got “gimmicks” such as jump pads to help you. You can try your hand at practice mode, which allows you to improve your skills without any pressure whatsoever, and unlock new icons and colors that could allow you to customize your character.

The game also comes with all-new music, and that’s another important thing to keep in mind, as music and rhythm are definitely intertwined with each other. Then again, it’s still the same old Geometry Dash mechanics for the most part, with enough new twists and features to make the new title stand out. So how can you improve your game and avoid dangers easily? Check out our list of Geometry Dash World tips and tricks, as we guide you through this new installment.

1. It’s All About Having Rhythm

One of the key hallmarks of Geometry Dash is how the actions in the game are predicated on rhythm, and in connection to this, the game’s background music. So with that in mind, play the game with your headphones plugged in, as that’s going to allow you to focus on the music and find your rhythm. It might sound odd if you’re a first-time player, but the game is seriously rhythm-focused; for example, the jumps and obstacles correspond to the beats of the songs. That means the music may actually warn you of dangers that may come in the way, though it won’t always be like that. In some occasions, the obstacles and the music might not match up perfectly, but you will be warned more often than not of what’s to come.

As we mentioned in the game overview, practice mode is a great way to play the game without having to deal with the pressure of regular mode. The mechanics in practice mode are similar, but you can drop respawn points at specific areas so you can return to particularly hard sections easily and conveniently, instead of replaying a level and going all the way to that point. As such, practice mode is also a nice way to seek out your pain points and work out the kinks in your game. Make good use of the respawn points so you can replay specific parts of a level, instead of the entire level, and know what to do once you return to regular mode.

3. How Do The Jumping Aids Work?

There are several “gimmicks,” or special aids that could help you out in the levels, and a lot of them are brand-new for Geometry Dash World. These include light orbs, which float in midair and could allow you to double-jump, with blue versions of the orbs capable of reverse-gravity actions where you’ll be sticking to the ceiling instead. Jump pads emit a glow and can be found on the ground, with the yellow ones allowing you to make a higher jump than usual, and the blue ones again reversing gravity.

4. Other Gimmicks – Portals And Platforms

Moving on to other gimmicks, transition portals will come in some levels, specifically the ones where you will be piloting a plane-like vehicle, tapping to go up and letting go to descend. That’s basically the essence of the transition portals, which let you know when you’ll be controlling such vehicles. As for cloud platforms, they will only show up once in the game, but they work like basic platforms that go down slowly as long as you’re perched on them.

5. Complete The User-Created And Daily Levels

It’s also a nice thing that the folks behind Geometry Dash World allow players to get fully into customization – this includes creating their own levels. The game will allow you to play user-created levels after you’ve completed the Dashlands and Toxic Factory, or create new levels of your own; both make for good practice and allow you to unleash your creativity. And beyond that, you’ve got daily missions that would require you to complete player-created levels in order to progress. Completing the dailies will give you diamonds, which serve as a premium currency, but don’t exactly have a defined use at this point of the game’s early existence.

That’s all there’s to it. If you know more hints for Geometry Dash World, drop us a line in the comment section! 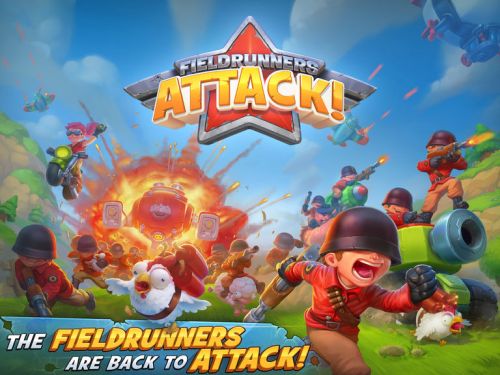 Next
Tap Titans 2 Strategy Guide: How to Prestige the Right Way
Click here to cancel reply.

What is the lock than request 50 diamonds?

you cant create levels in GD world. also what the heck is a cloud platform