Galaxy on Fire 3 – Manticore Tips, Cheats & Strategy Guide to Take Down Your Enemies

Fishlabs’ new iOS title called Galaxy on Fire 3 – Manticore is a game that has received some rave reviews thus far, such as the title being “one of the best sagas on mobile,” and a “gorgeous looking shooter that pushes the series into the modern mobile age.” Yes, this is indeed a shooter game, where you can accept contracts, strap up in the ship of your choice, and take part in “intense” space fights. Aside from contract missions, you can fight bosses or fight freelance, shooting down hordes of enemies and avoiding their incoming missiles with barrel rolls and other moves. You can also team up with other players, hiring your friends’ ships as wingmen and forming “gangs” to chase after the galaxy’s most wanted.

This, as you may have surmised, is the third installment in the Galaxy on Fire series, and at the moment, it’s still fairly new on the App Store, with no Android version available as of this writing. But even if it’s a new title, we believe you can still get a leg up on the opposition, provided you follow the tips on this Galaxy on Fire 3 – Manticore strategy guide. Read on if you want to become a top pilot and shoot down more enemies!

First of all, let’s get you oriented on the game’s flight controls. The left side is where you need to go to move your ship around, but the right side comes with several other controls that you will also need to get used to. At this part of the screen you can push up to trigger the boost and pull down to brake; boosting will give you that extra burst of speed you need to close in on a target or a spot that you need to defend, and braking allows you to make turns easier, thereby allowing you to escape enemy fire without getting much of it, if any at all. Next up, rolling is controlled by pushing left or right; this is another move that can help you avoid soaking up too much damage, though the catch here is that you cannot shoot while rolling.

In Galaxy on Fire 3, shooting is done automatically, so all you need to do is aim at your target. You don’t need to hit any fire button, as the game will be handling this aspect for you so you can focus on those evasive moves and navigating your ship around. As we mentioned, aiming is all on you by default, though if you’ve got Aim Assist on (more on that later), the game will make the necessary adjustments so you can get a better shot in.

Aside from that basic pointer, you can also switch weapons in the game. There are some enemies, particularly the bosses, that are weak in a certain area. For example, one boss may be weak against lasers, while another boss may consider plasma weapons as his Achilles heel. Take these weaknesses into consideration if you’ve got more than one weapon currently equipped, as switching could be the difference between killing and being killed by the boss.

If you’re playing the game for the first time and notice that the controls are a bit too sensitive, you can go to the settings and adjust the sensitivity, thus allowing you to make a better aim at the enemy. You should also consider turning on Aim Assist; this feature automatically snaps the reticle to target enemy ships, provided they’re close enough to you. Anyone who’s having difficulty aiming can use Aim Assist to help them out, so leave this mode turned on, even if you feel you’ve gotten the hang of it. That is unless you want to test your skills to the fullest.

This is one way the folks behind Galaxy on Fire 3 try to make things challenging; once a mission has been failed, you wouldn’t be able to replay it. That can be a huge inconvenience for anyone who’s used to replaying failed missions or quests, but there is a workaround that could help anyone who wants to earn rewards for a specific mission. You may choose to use your revives as opposed to returning to the galaxy map, though it’s worth noting that your revives are limited and that you should use them as wisely as possible.

5. Keep Flying Around In Space And Checking Things Out

You might need to wait a while before you can take on a new mission, mainly on account of upgrades that are still in the works. You don’t have to quit the game just yet; you can head out into space and explore while waiting. All of the sectors have explorable zones, and you can fly around in there but not have to be concerned about enemy fire. You may be able to find intel files and crates within the sectors, though you’ll need your drone enabled so you can find those items. Take note of the drone, as when it flashes yellow, that means there’s something out there you can collect, and when it flashes green, you’re especially close to the object. Follow the drone once it starts flying automatically, as that’s how it shows that it has found the object and locked into it.

6. Where Can You Find Most Of The Objects, And What Do They Do?

Majority of the hidden objects in the sectors will be found near the stations and or the debris. They don’t appear to be floating around randomly in space, as there’s a reason to the rhyme, so to say. But what do they do, and why should you go after them?

As we’ve seen, intel appears to be in there so you can get additional details and backstories on the in-game world and its characters. Crates come with some loot inside, mainly stuff that can improve your ship once installed. They also have specific rarities, so keep this in mind when setting your expectations regarding what you can receive in the crates.

7. What’s The Deal With Informants?

Informants will show up during missions, and can be identified by the red and yellow circle as their target indicator. They’re not as difficult to take down as bosses, but are substantially harder to beat than your usual enemy ship. That’s because shooting down an Informant ship will allow you to retrieve important tidbits of information that will point you toward the next boss, and of course, the next boss battle to follow.

You might try to get aggressive by encountering enemy ships head on. It does sound like a good idea in principle while on auto-fire mode, but they will also be heading straight your way. That means you’ll be vulnerable to a similar amount of fire to what you’re blasting out. Instead, try some evasive maneuvers; you may have to juke an enemy ship to fake them out, or execute a barrel roll if you want to get fancier.

Hitting the boost will consume some energy, but hitting the brakes will not. That should allow you to freely step on the brakes as long as you have to. But when should you be braking? You will primarily have to do this when you’re negotiating tight turns, or if you’re trying to get a better aim on an enemy. Likewise, you can hit the brakes while protecting a specific area. But be wary of your aim while braking, as it would become significantly more sensitive.

It is also important to look closely at your shields. Specifically, watch out for the blue warning symbol, which may appear in the middle of your iPhone or iPad’s screen. That means your shields are down, and you’ll need to get more evasive. Use your boost to avoid danger, and take cover whenever possible; just buy yourself enough time as your shields recharge automatically.

11. Look At The Enemy Indicators Too

Last, but not the least, remember that your HUD comes with indicators that may change color and/or shape – that’s valuable information that could help you big-time when you’re dealing with enemy ships. Enemy indicators that have yellow borders surrounding them are an especially important warning sign, as that means the enemy is a high-priority target. One example would be those levels in the game where the bombs are traveling toward frigates that you are tasked to protect; in this case, the bombs come with a yellow border, and you will need to take them out before anything else.

12. Keep On Upgrading Your Ship

Once you complete missions in the game, you will earn currency as a reward, and you will also earn blueprints, among other goodies. Use these rewards to make your ship more intimidating, improving certain areas as you go along. The stronger your ship, the more likely you are to complete harder missions in the game. An upgraded ship may also be what you need if you want to take on a boss and have a reasonably good chance of beating that boss. Additionally, the blueprints in the game will allow you to build the corresponding ship or weapon they belong to, provided you find the blueprints for the first time. You will, however, need to have the required parts, which will come to you via item drop during the missions.

Depending on the difficulty of the mission, you may get a handful of, or a ton of rewards. Take note at all times of these mission rewards, which may include money or XP, among others, as knowing what you want will help you complete that mission faster, and get the associated rewards for your troubles. As mentioned, the harder missions come with better and rarer rewards, so focus while trying to complete these missions so you can get the good stuff once they’re completed.

Galaxy on Fire 3 will assign you two wingmen at random once you begin a new mission, but you can always make things more fun by inviting your friends from Apple’s Game Center. Tap on the “X” button next to the wingmen of your choice so you can dismiss them, then go to the center of your screen and choose any of your available friends. But don’t keep sticking to the same old friends and their wingmen; each one has a cool down period, which could make it a good idea to use the powerful wingmen for those harder missions. 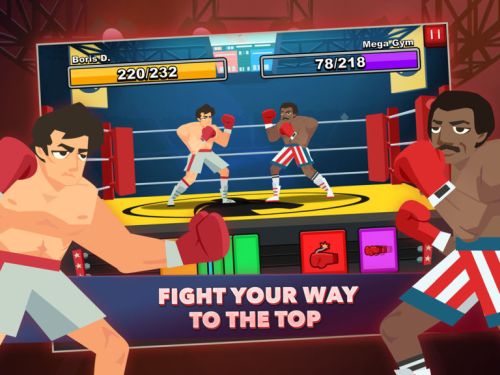 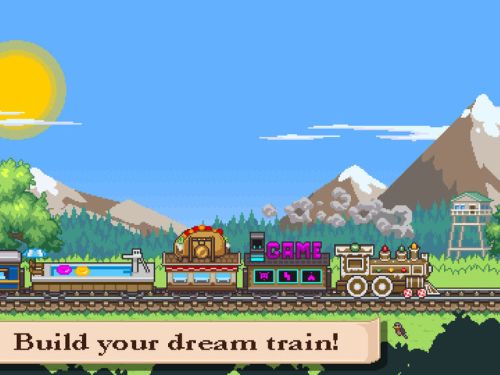