Casual game maker Donut Games has a new Android and iOS title for you, though you might want to discard the usual tropes when it comes to the title – Footy Golf. At first glance, it appears to be another one of those titles that combine a made-up adjective ending with “y” and a one-syllable noun, a la Flappy Bird, but for the benefit of those unfamiliar with the term, “footy” is a common shortcut for football, meaning soccer. And the game is billed as a combination of street soccer and golf, one where you use your foot as a club, using free kicks to get the ball across the different courses. There are 80 courses divided across four different themes, 60 characters, as well as unlockable balls that actually have varying characteristics. How many courses can you complete while playing this interesting casual hybrid of street soccer and golf?

When it comes to these “easy to learn, hard to master” games, the ultimate payoff usually comes in the form of completing as many levels as possible, beating your high score, and unlocking more unlockables. That also applies to this game, so read on, as we shall assist you with all those things and more in this list of Footy Golf tips and tricks.

1. You Don’t Need To Overdo Things

It may seem that way at first, but Footy Golf actually won’t require you to place your finger on your character, then drag it to aim it and fling it across – this isn’t Angry Birds, after all. All you need to do is to move your finger anywhere you wish, preferably in such a way that you’ve got a good view of what’s in front of you. And when it comes to navigating the levels, we would also suggest that you likewise don’t try to overdo things – many players tend to attempt to accomplish as many things as possible while trying to complete a level, but you don’t want to burn yourself out too quickly. If you’re chasing a high score, then ignore the coins and gems for the most part. And if you want to stock up on currency, then you should chase the coins and gems but not worry too much about your score.

2. Don’t Spend Your Coins Right Away

Once you earn coins, your first instinct may be to go to the in-game store and spend your coins as quickly as possible, as long as you have them. We would suggest the opposite – hold on to your coins as long as possible. Instead of spending them on new characters, which are only aesthetically different, or new balls, which may actually throw you off if you’ve gotten used to the stock ball you start out with, you should spend your coins on unlocking new levels. In other words, you want to spend your coins on things that could earn you more coins and enhance your gaming experience.

3. Be Careful Of The Spikes

The makers of Footy Golf wanted to make the game as challenging as possible, and to this end, they added a good number of obstacles in the courses, and these obstacles include those good old constants of the obstacle scene – spikes. Spikes could immediately end your run once you come in contact with them, and that could be especially heartbreaking if you’ve reached a certain score. And they also tend to be tricky, moving in and out of the ground. When dealing with spikes, timing is key – your goal is to get the ball through the spikes. This might require you to use more power, so be prepared and adjust your shot accordingly.

4. The Ball Can Bounce Off Certain Items

When you’re caught in a tight spot, you can use the bounce of your ball to get yourself out of that spot. This would usually apply when you’re dealing with a narrow hole. In this situation and other similar ones, you can try making the ball bounce off one of the walls, allowing it to move up and in an outward direction, helping you continue your run as your ball keeps bouncing. Don’t lose hope once you’re in a jam!

5. Collect All The Coins In One Go

As we mentioned above, we recommend that players focus on only one thing when playing the levels in Footy Golf – either focus on beating your high score, or focus on collecting coins and gems. If you’re focusing on the latter, your best bet is NOT to replay levels and grind it out. The game’s mechanics, unfortunately, do not allow for this, as you’re only allowed so many shots depending on the number of stars you earn. That means you should try to collect as many coins as possible in one round if you’re farming for them, so you don’t have to grind it out so often by replaying the level repeatedly.

6. Gems Can Be Carefully Hidden

Gems are the game’s premium currency, and it can sometimes be tricky to collect them. In the earlier levels, it won’t be too hard to get them, but in most of the levels, the gems will be hidden in strategic places. It’s best to look around and take your time if you’re trying to collect gems, though you may sometimes chance upon them by accident.

7. Watch Ads Instead Of Replaying Levels

Building on what we told you earlier, it’s actually better to watch ad videos as long as they’re available. This would allow you to quickly, and effortlessly earn more currency, especially since the game’s mechanics don’t really allow for the old-fashioned process of grinding for coins.

As a bonus tip, you can also shift your focus to collecting coins if you mess up in a level where you were trying to chase a high score. If a mistake you make jeopardizes your chances of getting a high score, simply redirect your focus to the coins and gems, clearing up whatever you may have missed; it’s not necessary to score a goal when trying to collect currency!

That’s all you need to know to succeed in Footy Golf. Do you know more hints for the game? Let us know in the comment area below! 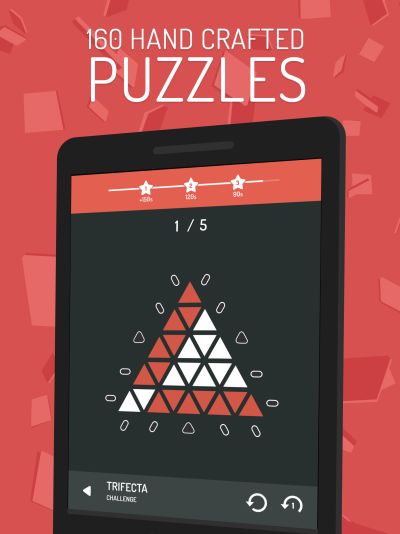 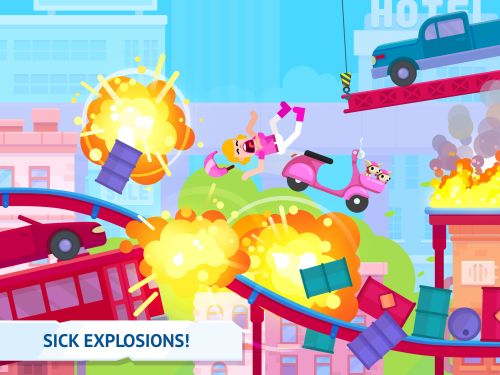