Final Blade, developed by Skypeople Inc in association with Glohow, is a visually sumptuous RPG that sees you becoming entangled in an epic fantasy yarn involving warring clans and an elusive blade. When starting out on a game of this size, it can be fairly tricky to get to grips with all the different modes and options available to you. Fret not! As this guide will surely set you on the right path to becoming an all-powerful force in the world of Final Blade.

Starting out in Final Blade

First things first, you’re going to have to select your character. Warriors provide a powerful front line of attack and even better defence, monks can support the team with healing spells and massive buffs, assassins have mobility on their side and can inflict some serious damage, mages can conjure devastating magic attacks and debuffs, and marksmen are the best in long-range encounters while also offering healing and buffs for teammates. 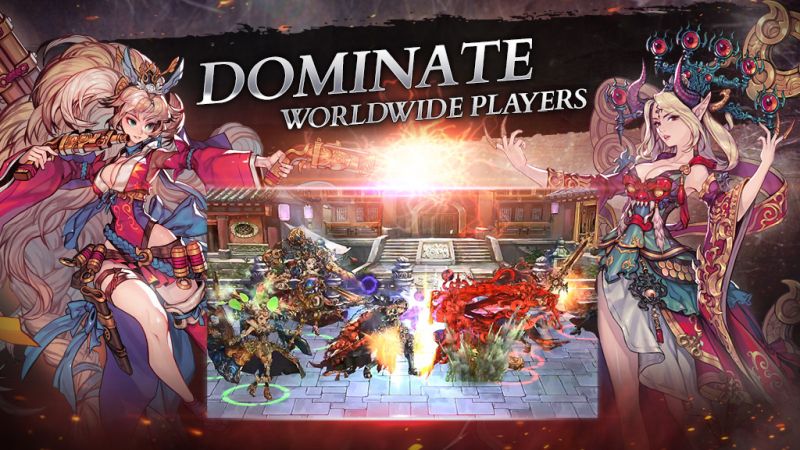 Honestly, I can’t really recommend one in particular as they all have their own strengths and weaknesses. But, before you go picking them based on how cool they look, remember that you can read through their individual stats and select whoever suits your personal playstyle.

After clearing the initial tutorial, there are some sapphires to be gained from simply navigating through the guide menu. Sapphires are one of Final Blade’s most important currencies as they allow you to summon new and better heroes. Summoning one more hero will mean you’ve got a full team of 5, and you also need to remember to tweak their formation for optimal results.

Once you’ve finished the first chapter, you’ll be gifted with 10 free summons. These will prove invaluable on the road ahead. It’s also a good idea to aim for 3 stars on these early stages as doing so will net you some mighty helpful rewards.

Early on, you might notice that defeated enemies drop red spirits. Well, tapping on these spirits at the end of battle will net you a healthy sum of sapphires and pears, so best remember to collect them all before moving on. It’s also a good idea to sell any unused gear in order to build a nice stash of sapphires. And, if you’re in a bit of a rush, there’s always the option to double the speed of battles or even allow them to play out automatically. More missions from the Hero’s Trail adventure will appear naturally as you continue to make progress, and you should always be on the lookout for new events.

Your main goal at this point should be getting some of the origin heroes (Inrang, Woohee, Yongju, Muchun, and Diane) up to around level 5. So just keep on playing, taking part in events, and summoning heroes to increase your team’s collective strength.

One of Final Blade’s most unique features is known as the enhance and combine system. In order to strengthen a hero, you must first enhance them by consuming your other heroes. Each of these consumable heroes provides different enhancement rates. These ultimately depend on the rarity or star level of the consumed hero. And, as you might expect, the higher rarity heroes will provide a much better enhancement rate. 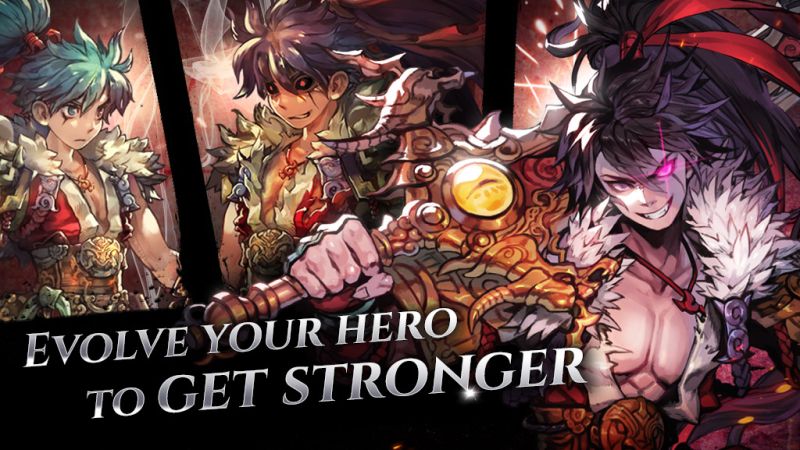 After you’ve got around to enhancing 2 units to the max level, you’ll be able to access the game’s combine feature. Combining heroes will advance the remaining hero to a higher level of rarity. The combination process isn’t always a clear-cut science, which could mean that your hero changes class. However, if the results aren’t to your liking, you can reroll the outcome by putting forward a handful of sapphires.

Each available character class has different sets of equipment that are typically grouped by their grade and tier, and any equipment can be enhanced by up to 10 levels by collecting the necessary materials. All equipment above tier 3 can also be further enhanced in order to awaken its true potential. Tier 5 gear, the highest tier currently available, is what you’re ultimately aiming to collect, but you needn’t worry about obtaining end-game gear if you’re only just starting out.

When in Final Blade’s adventure mode, you might occasionally spot the odd rift. If you’re feeling especially brave and decide to enter, you’ll be presented with the option to summon an incredibly powerful raid boss. Eternal Fox, one of the game’s many bosses, is a truly massive being with devastating strength. So it’s very handy indeed that other players from around the world can assist you in taking down these deadly foes. The battles sure are a challenge, but you’ll be generously compensated for your efforts with tons of rewards and materials that will help in awakening your equipment.

On top of that, there also daily dungeons for you to delve into and pull some impressive rewards out of. The goal here is really to outsmart your opponents by utilising your own unique strategies.

Taking on the Endless Tower 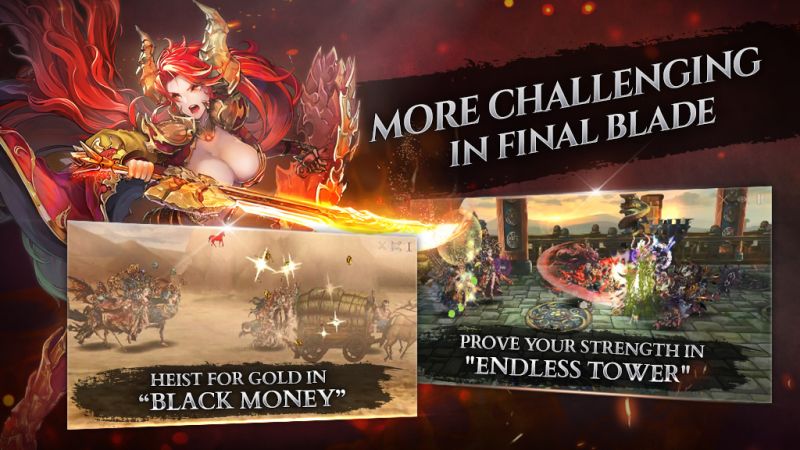 For those of you who put in the time and just kinda want to show off a bit, the Endless Tower awaits. This is absolutely end-game stuff, with tons of treasure to snap up. That being said, the challenge certainly rises to match the amazing rewards, and so you’re going to have to kit out your heroes with the finest of loot. It’s also perhaps the best way to quickly accumulate gold, sapphires, and better heroes.

Why you should join or create a clan

If you’re looking to make some pals and work as a team, there’s always the option to join or create a clan. Clan training is a great way to make some extra Exp, while the clan shop allows you to purchase rare items with the special clan currency. Clan war sees two rival clans doing battle for their shot at winning the Clan’s Seal, and the clan raid mode is where you’ll team up with your buddies to take on some truly tricky bosses.

And that’s pretty much everything you need to know to get started in Final Blade. If you’re in the market for a grand-scale fantasy RPG, it’s currently available on the App Store and Google Play for free.