After impacting several consoles such as the Nintendo DS, Dragon Quest is about to become available on mobile devices as well! Developed by Square Enix, Dragon Quest of the Stars is expected to be launched worldwide on February 25th on both iOS and Android platforms. The game will be available in traditional Chinese, English, French, Spanish, and German. Dragon Quest of The Stars has already had a closed beta test that lasted from October 30th to November 28th.

Pre-registration for the game will remain open until February 24th and, according to the developer, the higher the pre-registration number, the bigger the available rewards.

Though the game’s official trailer doesn’t disclose any actual gameplay, it is interesting enough to tease the players’ imagination and raise expectations. If we are to judge from previous releases, the game will more than likely evolve around turn-based battles in both solo and multiplayer modes. Players will be expected to use their strategic skills to activate the character’s skills and perform powerful attack combos. 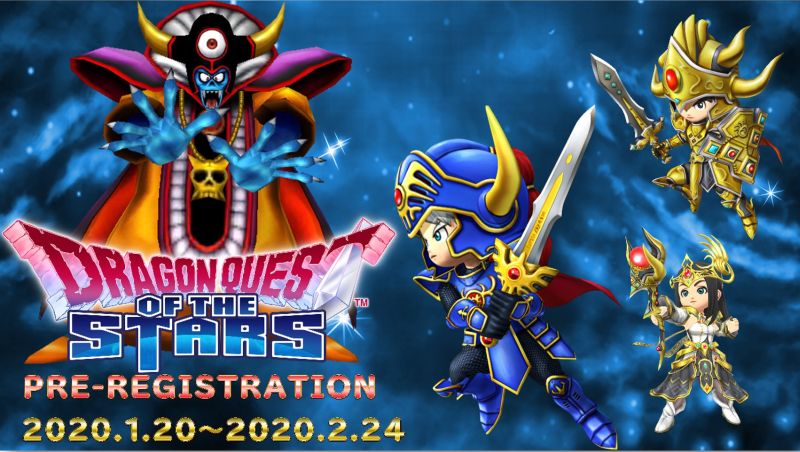 If you are interested in giving Dragon Quest of The Stars a try, make sure to pre-register on Google Play or the App Store right away! The game will be free to play and will more than likely feature in-app purchases.

Will the Western release enjoy the same popularity it does in Japan? We will have to wait and see. In the meantime, if you want to keep up with all updates, make sure to regularly check the game’s official Facebook page.