Developed by Nippon Ichi Software, Disgaea 1 Complete is the remaster of Disgaea: Hour of Darkness. Though the title has been already available for PS4 and Nintendo Switch users since July 2018, the game has finally made it to iOS and Android devices too. 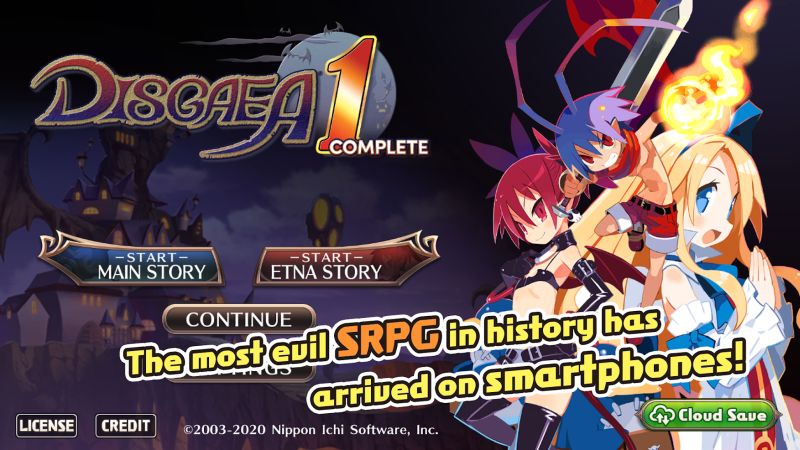 A thrilling turn-based strategy RPG, Disgaea 1 Complete is now available for $32.99 on the App Store and Google Play. With this single purchase, you will be able to access all the content of the game. According to the information provided on the App Store page, you will need a device boasting at least 2GB RAM to play Disgaea 1 Complete. So keep that in mind before purchasing the game.

The story of Disgaea 1 Complete is set in Netherworld, a cursed land governed by evil. The plot of the game revolves around the adventures of Flonne, Laharl, and Etna and their attempt to turn Laharal into the next Overlord. Apart from all the previous DLC, the game boasts high-definition visuals and unique features such as the Item World states or the Auto-Battle function that allows characters to automatically battle and grow on their own.

To make things even more exciting, the Battle Speed Boost increases the gameplay speed to up to 8x. The game features a Cheat Shop which allows players to increase the HL and XP they receive after battles. Players can auto-heal and adjust the difficulty of their enemies. What’s more, progress can be cloud-saved and transferred between various platforms.

If you want to learn more about Disgaea 1 Complete before purchasing, make sure to check out the game’s trailer above. The game is available in English, French, Korean, Japanese, and Traditional Chinese languages.