The hit anime and manga series Attack on Titans is coming to Android and iOS soon, and DeNA is recruiting some closed beta testers. Those who want to apply for the closed beta of Attack on Titan Tactics will need to prove their knowledge of the series by answering a quiz. Failing isn’t really a deterrent since the quiz can be taken multiple times, so it is just a matter of trying until all questions are answered correctly. 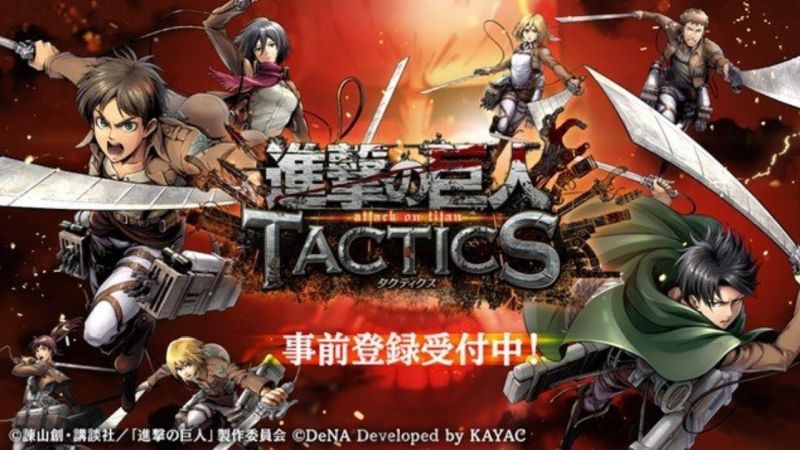 Attack on Titan Tactics is an extermination simulation RPG, where players will have to eliminate incoming waves of Titans. Since the game focuses on strategy, players will need to come up with different ways to outwit the Titans by using surrounding the surroundings. Luring them into enclosed spaces and setting up traps will be the order of the day.

Fans of the anime series will be delighted to know that the original cast of voice actors will be reprising their respective roles. Popular characters like Eren Yeager, Mikasa Ackerman, Armin Arlelt, Levi, and more are expected to make appearances within the game. Of course, players will also be able to witness their favorite Titan transformations during combat.

The beta test for Attack on Titan Tactics is set to launch in 2019. Players who want to wait for the official release, however, can already start pre-registering on the game’s official website.