Deep Town: Mining Factory is a new title from Rockbite Games that offers a different take on the usual games filed under the strategy category on app stores. Well, it’s really not that different, as we’ve seen a few mining-based games here and there, but this iOS and Android game seeks to stand out by having you play as an artificial intelligence system whose job it is to gather, construct, and replicate. You’ve got a high-tech digging system at your disposal that is capable of drilling through any kind of rock, and you’ve also got several forms of technology you can use, including driller robots, cryogenic freezing, fire blasts, and more. You can make various types of buildings and factory pipelines, and send bots off to explore the planet, while seeking to answer that big question – just where are you exactly?

In terms of learning curve, this title isn’t exactly that difficult, and it’s not a particularly fast-and-furious game either. It can be quite addictive and engaging, though, and we would like to keep you engaged by helping you figure out the ins and outs of your planet, as well as the things you can do to make your digging system run smoothly. Read on, as we present to you our Deep Town strategy guide. 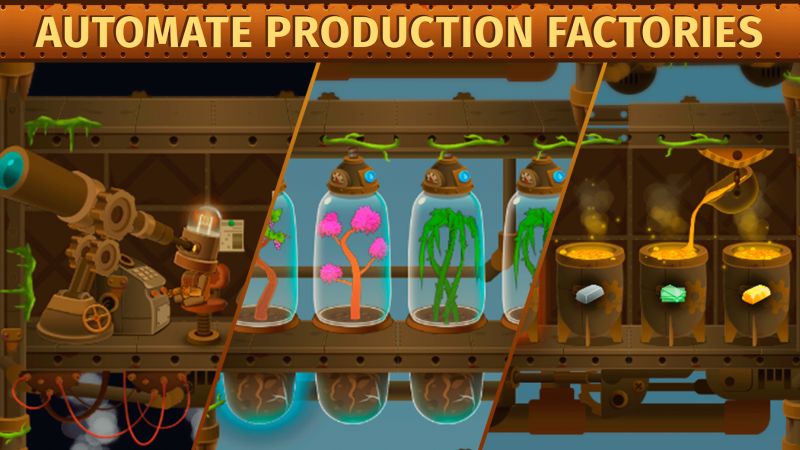 Aside from producing more resources, it’s also important to make sure you collect those resources, especially in the early goings. Collect from your mines on a regular basis, so that way you are regularly producing resources. We probably shouldn’t mention this for experienced players, but as our first tip, it’s something every beginner should follow from the get-go.

As you progress in the game, you will keep unlocking new areas, while the cost of building new mines would progressively go up. That could put a damper on your profits if you’re not careful, and in order to avoid this, you can choose to move your mines from one place to another. For example, you may consider moving a level 2 mine from area 1 to several areas deeper, as you will earn more resources at a higher value as you keep going deeper down.

The main exception here would be if you are specifically after a certain type of resources that only comes in higher quantities on top. But otherwise, you should be moving your mines from the highest level (in terms of ground level, that is) to the lowest once you’ve unlocked a new area, then save up some money so you can build a new mine on top.

3. Why Else Should You Be Following The Above Strategy?

We could have mentioned this within the first tip as a pro-tip bonus, but we decided instead to mention it separately, as it’s important enough to be mentioned on its own. Take note that high-level (meaning well-leveled up) mines have a larger capacity for storing items, and work faster in mining resources. These mines belong as deep below as possible, so follow the above-mentioned rule of thumb so you can make the most out of your mining and earn more profits.

4. Prioritize Your Needs When Changing Spells

You will unlock new spells as you unlock more areas and beat more bosses, and as you may expect, these spells are best used during boss battles. For example, you can use the Ice Freeze and Nano Cloud during boss battles once you’ve got those two unlocked. Otherwise, you’ve also got Disposable Bots, for instance, as a good spell to use when you’re mining. 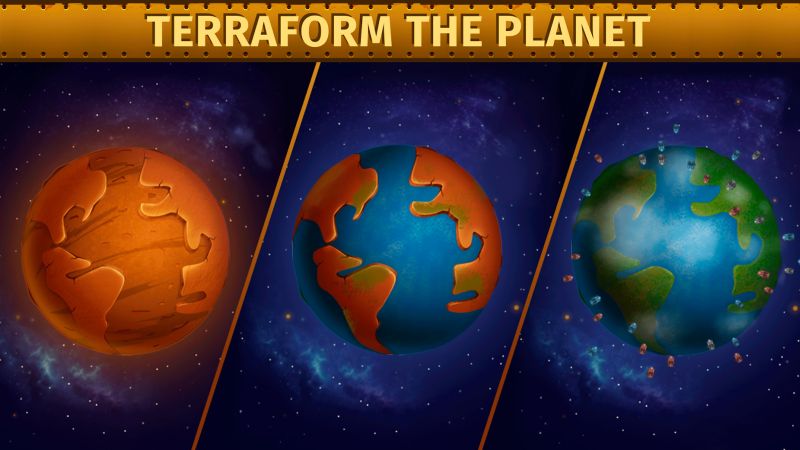 Fortunately, you won’t be dinged or charged any in-game currency for switching spells. That means you should be switching spells regularly depending on what you’re currently focusing on – if you’re preparing for a boss battle, turn on your Ice Freeze, then switch to the Disposable Bots when you’re trying to keep mining for resources.

5. Use The Right Spells When Up Against Bosses

Let’s now move on to boss battles, which are another important element in Deep Town. You might not have too much trouble against them at first, but once you reach the wall, you’re almost sure to have a very, very hard time against the bosses. But you can make things easier by using the right spells and making sure your spells are upgraded.

Aside from the aforementioned Ice Freeze and Nano Cloud, you’ve got better spells such as Fire Blast and Laser Zap which should come in handy against the tougher bosses. And when it comes to attacking, do so when you’re able to use all your spells. For example, you can start out with the Ice Freeze, then move on to the others, repeating the process as long as your spells are ready to cast.

It may sound like something that’s fairly easy to do in Deep Town – if you want to be sharp against even the toughest boss, you need to ensure that your spells are upgraded. But there are some caveats to keep in mind, starting with needing resources to upgrade during every tenth level, as opposed to your standard, common coins. But if you’ve got enough coins and resources, you should definitely work toward upgrading your spells to give yourself an easier go at things when you’re in any kind of boss battle.

7. Grind To Beat The Tougher Bosses

Unfortunately, you may still find it hard to defeat some of the later bosses in the game, and that would require you to do your part and earn more coins and collect more resources. That may require a bit of grinding – that includes crafting materials and selling them for coins, and collecting resources like you normally would. 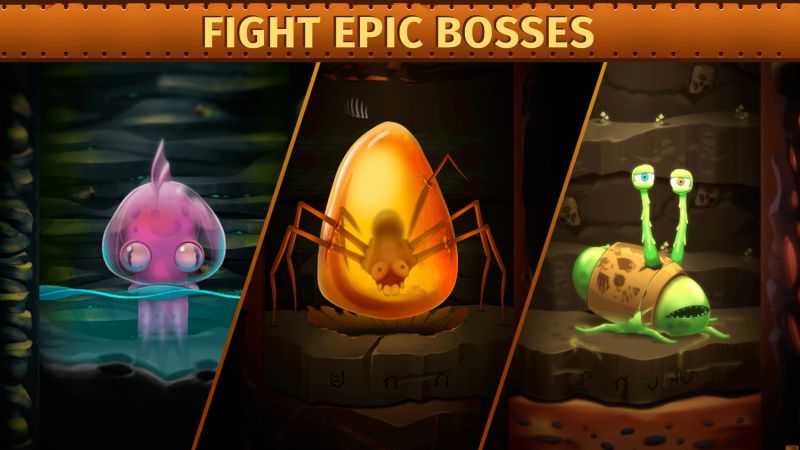 Upgrade your spells/weapons once you’ve got enough of both, and give the boss battle another shot. There are some spells, such as the Laser Zap and Fire Blast, that could help you earn more resources while you’re in a boss battle, though you’ll still get better results through your mines.

8. Complete More Quests, But Be Careful

It probably should go without saying that you should complete as many quests as possible in Deep Town. But once you reach a certain point in your questing, the game will ask you to gather a whole lot of resources – think hundreds of each required resource. Most of the time, they won’t be collected from you once you’re done with the quests, but sometimes, you might find yourself accidentally selling resources that you would otherwise need for quest completion. Once the missions are done, however, you can sell all the resources you need to, as it’ll be quite a while before you’ll be needing those resources again.

9. Don’t Sell Your Base Materials Too Often

In the early goings, you won’t be able to get enough coins for upgrades and for building new mines unless you sell those basic materials. But once you’ve gone far enough into the game, you should avoid doing this unless you’re really in a pinch.

Additionally, it’s imperative that you keep even the advanced basic resources and sell the more premium resources you have in surplus – take note that Deep Town had a crafting mechanic, and you’ll need resources to craft better stuff that could be sold at a considerably higher value.

10. Why Should You Complete Those Expeditions? 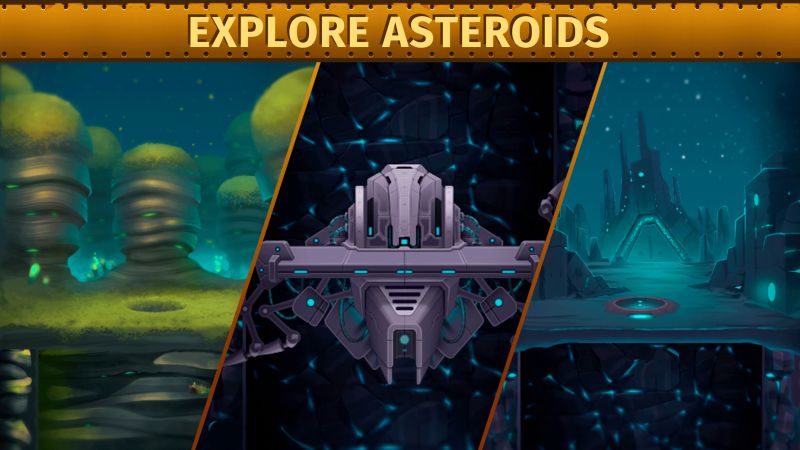 To be honest, expeditions aren’t as essential to the game as other features, but you should still complete them nonetheless. For one, it’s highly recommended so you could go through the storyline aspects of the game. But more importantly, it’s a good chance for you to earn more premium currency for free. That said, there are other, more essential features out there, but don’t pay much mind to those expeditions compared to the others.

11. A Few Brief Words About The Crafting Mechanic

Once you get the Drones unlocked, that will simplify your life while playing Deep Town, as these robotic creatures can collect resources automatically for you. But while you don’t have the drones yet, make it a point to learn all the crafting recipes available for the Smelter and Crafter, and produce items based on the ones you need the most at any given time. You’ll need a lot of resources to upgrade those buildings, and at first, you won’t need to do that. You can still be productive by working one line at a time, then focus on the building upgrades once you’ve got the resources you need.

That’s all you need to know to succeed in Deep Town! We hope you’ve enjoyed this guide and learned something new. In case you know other tips or tricks for the game, that we haven’t mentioned in the article, let us know in the comment section below!

i'm fairly bummed as i do not see how to upgrade my spells. I checked everything. I made it to the oil elder just by buying upgrades, but now i'm stuck