Just when players thought they have seen everything there is to see in battle royale games, Overdox comes along to switch things up. Instead of the typical arsenal of guns, blasters, rifles, and so on, Haegin’s new mobile game focuses on melee combat. Overdox has been around in select countries since August this year, but it has now officially launched worldwide.

Overdox battles last approximately 5 minutes long. It consists of 12 players who must duke it out until only one remains standing. As with any other battle royale, the arena veil closes in on the players, forcing them to face each other as the match progresses. Since picking off opponents from afar is out of the question here, players must master the ability to dash, dodge, and parry in order to stay alive. 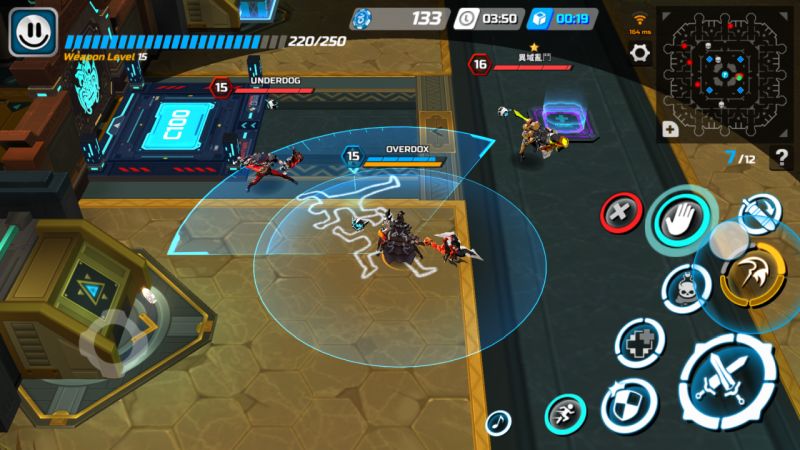 Just because Overdox focuses on melee combat does not mean players are stuck with fisticuffs. The game has an entire arsenal of melee weapons scattered throughout the arena. These include hammers, swords, clubs, and more. There are also armors and gear that will help combatants survive longer. Buffs, debuffs, and partner drones can also be found around the arena. Players can take these for themselves or use them as bait to lure out enemies in hiding.

Overdox is a free to play mobile game with in-app purchases. If you want to give it a try, then be sure to head over to App Store or Google Play and grab the game for free.