Champions and Challengers – Adventure Time is a new iOS and Android game from YesGnome – the “ultimate” Adventure Time game, as the title’s makers proudly proclaim. This is a real-time RPG based on the popular Cartoon Network series, and in this game, you can collect more than 70 champions, as you team up with characters such as Finn, Jake, Princess Bubblegum, and a host of other characters from the Adventure Time multiverse. This game is all about tactical strategy in turn-based action, and even the simplest of gestures can allow you to summon mathematical attacks and deal out a great deal of damage. And you can deal out even more of that precious damage with special Tricks and Artifacts, as the game’s description continues. There’s also a PvP Arena, where you can take on other human players and climb up the leaderboards.

It’s not always the easiest thing to do – learning a new RPG and trying to dominate the competition. But we can at least help make it easier for you, and help you figure out those mathematical battles, through this Champions and Challengers – Adventure Time strategy guide. Read on if you’ve got any difficulty coming up with the right strategy, particularly if you’re a new player, but also if you’ve been playing for some time yet still need to figure out a thing or two!

Typically, when it comes to any kind of game where you have to fight an enemy of face an opponent, we advocate the use of a defensive strategy. After all, the best offense is oftentimes a good defense, and when talking about this game, it’s highly advisable to use the Block technique as often as possible. It’s going to come in very handy when you’re dealing with the later challenges.

Blocking, quite simply, makes the hero which is under attack take on a defensive stance, as shown by the green shield hovering above their head. Heroes will then take reduced damage if you are able to time the block in the right way. Take note, however, that the Block technique will only work for about two seconds or so, which makes it even more important to time it properly and not waste the stance. Fortunately, the cool-down time for Block is only about a second long, which means that if you are slightly off on your timing, you don’t need to wait too long before you try it again. You might even be able to spam the Block and put on a good defense! Use the red flashing signal as a guide when timing your Block, as that’s your sign that the enemy is close to attacking.

Although it would stand to reason that timing your Block perfectly would ensure you of the biggest possible damage reduction, we’ve observed that timing doesn’t seem to have much bearing on this stat. You’ll be able to reduce more damage in most cases if you execute a perfect Block, but otherwise, it seems to be random; again, having good timing is key, but it doesn’t need to be perfect.

Heroes in Champions and Challengers have their own elemental affiliation — Science, Fire, Dark, Might, and Magic — and there’s an elemental hierarchy that’s very similar to what’s available in other role-playing games. Magic beats Might, Magic beats Fire, Fire beats Dark, Dark beats Science, and Science beats Magic. Just like your heroes, enemies also have their own alignments, and you can see a preview of these alignments at the bottom of the screen. Take stock of the information you get on your enemies, and build up your team based on the heroes who have the elemental advantage over your opponents.

In addition to the elemental affinities, all of the heroes in the game have a Synergy trait separate from the element. As a refresher or backgrounder for RPG newbies, these are traits that activate when two characters or more are together on the same team. Take note of the synergy bonuses as well as the elements when forming your team; if you have both the elemental advantage, as well as the right synergy bonuses, you could be putting together a far more formidable team than you normally would!

4. Use The Focus Fire Technique

For those who aren’t familiar with RPG lingo, focus fire simply means focusing your attacks on one enemy only. And that’s the way to go when playing Champions and Challengers. It might seem like a good idea to attack more than one enemy at the same time and split your damage, but most situations would require you to focus fire on one enemy, allowing you to kill them faster. It’s best to take enemies out one by one, rather than chipping away at all of them at the same time; with less enemies to worry about, the less damage you’ll be sustaining in battle.

5. Use The Group Attacks As Well

This could serve as a bonus tip in relation to focus fire, but group attacks are another good way of dealing with enemy characters in Champions and Challengers. Provided you have enough mojo on you, you can hit any one of the group attack buttons on the bottom left portion of the screen. At the very most, you’ll end up spending seven mojo on one of these group attacks, in order for all your characters to attack at the same time. There’s even a bit of combo-stringing here; all your heroes will gain a damage multiplier if they attack the same enemy consecutively, and quickly. That makes the group attacks very helpful when you’re trying to focus fire, provided you can string those combos together!

6. What Are Tricks And Artifacts?

You probably remember Tricks and Artifacts from the game overview above. What are these, and how can they help you in battle?

For starters, Tricks are the one-use-only consumables that can only be used in, and can only affect the outcome of the battles you currently are involved in. As you could probably guess, and as you might have read in the game’s official description, they can turn the tides of battle, and turn a loss for your side into a sure win.
Artifacts are similar to your Tricks in terms of what they do, but they last for multiple battles before their efficacy runs out. That’s also where the similarities end, as these are essentially equitable items that offer buffs, including faster turns, additional health, and other boosts to your stats. You can equip or unequip Artifacts at any time, which allows you to choose the type Artifact you want to use in any given battle.

It’s all about personal choice here — it also depends on the enemies you are dealing with at any given time. But there’s really no best or worst Artifact to go with — they can all help you in one way or another, and also help turn the tide and turn a loss into a win! 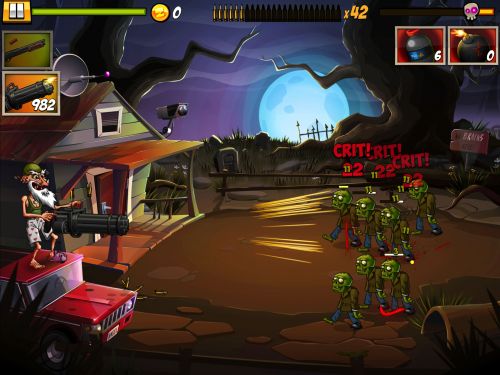 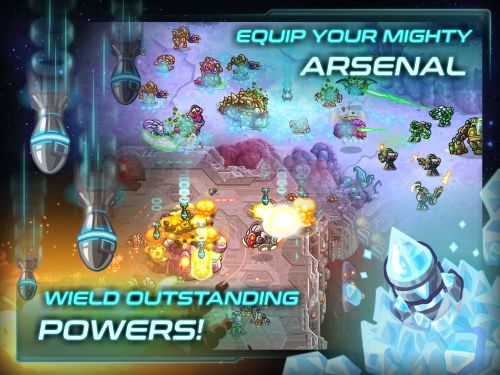