Coming straight from the hands of Craneballs Studio, the developers behind the famous Overkill series, Knockdown Heroes is a thrilling one-on-one multiplayer game that’s out now on iOS and Android platforms. 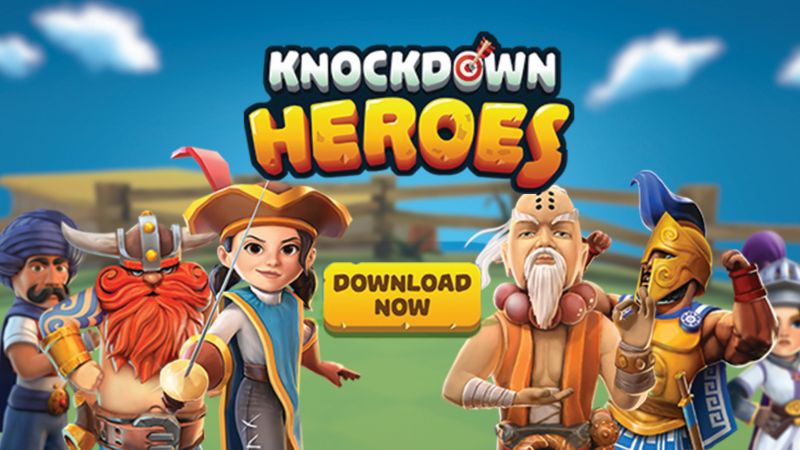 The game features an interesting combination of fast-paced PvP action and entertaining medieval card collecting. In their quest for victory, players will get engaged in thrilling real-time 1 vs 1 battles that they have to win in order to receive special rewards.

There are 9 medieval heroes to choose from before going into battle. And each hero is endowed with a specific set of skills and combat styles, thus allowing you to build up your team according to your playstyle. In order to upgrade your heroes and unlock new skills, you will need spells that you can get by collecting chests. Your strategic skills will make a difference if you want to lead your clan to a resounding victory.

If you want to learn out more about the game before you download it, you can check out the official trailer below.

Coming out victorious from battles will win you trophies, buffs, new skills, etc. Players can either join a clan or create their own, chat with friends, or challenge other clans in league play. The clan chat rooms allow players to talk to teammates and challenge them to friendly PvP combats.

As far as the gameplay is concerned, Knockdown Heroes boasts intuitive, mobile-friendly controls. The game offers daily quests and limited-time events that you need to complete for extra rewards.

Are you ready to climb the leaderboards and give Knockdown Heroes a try? Then you should know that the title is free-to-play and features in-app purchases (e.g. Season Pass), and can be downloaded from the App Store and Google Play.