Cally’s Caves 3 Tips, Cheats & Strategies: A Detailed Guide for Beating All the Bosses

Cally’s Caves 3 is the “epic conclusion” to Cally’s battle against the “nefarious” antagonist of the previous games, Herbert. As Cally’s parents have once again been kidnapped, it’s your goal to control Cally (and the new playable character Bera) in this fast-paced, retro-styled platformer, and help her rescue her parents from Herbert’s clutches. There are numerous bosses to conquer, skills for you to level up, and weapons that you can also level up and eventually evolve.

Speaking of bosses, we did tell you that there are quite a few you’ll have to deal with in this game. And in our list of Cally’s Caves 3 tips and tricks, we’ll give you some hints you can use the next time you’re having trouble with one of the boss characters.

The Deranged Direwolf can be found patrolling the entrance to Zone 2, and he’s the product of Herbert’s radioactive ooze experiments. He usually paces around left and right, but if you get too close to him, he’ll growl, then bite you.

This makes it necessary to use Cally’s Double Jump; hit on jump a second time right as she reaches her highest point in the first jump. Doing that allows you to get past the Direwolf without careening into him. As such, he won’t growl and bite you and won’t turn around, thus allowing you enough time to have Cally attack him with her weapons.

As his name suggests, King Carl III comes from the Royal House of Carl, and rules the muddy areas inside the entrance to the Caves. You probably know his father and grandfather if you played the two previous Cally’s Caves games, but Carl III happens to be more dangerous than his ancestors. After all, he allowed Herbert to conduct his experiments within his “kingdom,” thus corrupting the whole slime population.

Usually, Carl III will attack Cally by spitting slime at her; after this, he splits into four smaller versions of himself. You’ll have to kill all of these four “mini-mes” first, and once you do that, Carl will return to his usual form, albeit with much less health. As Carl spits another wall of slime once he reforms, time your parry in such a way that it coincides with the completion of his reforming. Have Cally use weapons that do a lot of damage in short periods of time when she’s up against King Carl III.

The Forgotten Forest is Buzz the Terrible Tarantula’s domain. Buzz happens to be as big as an average adult human, no thanks to Herbert’s experiments (see a pattern here?), and he and his spider army can make things hard for you once you’re around Eagles’ Peak. He typically begins his climb on the back walls, then fires a web at Cally.

You’ll have to defeat three spider minions early on before Buzz goes to the middle of the backwall, rests for a bit, then jumps at you. And when it comes to defeating Buzz himself, you’ll want to run underneath Buzz as he fires his webs, and take note of where the spider minions drop down so you aren’t caught at the wrong place and wrong time. Should you get trapped, you can have Cally attack the webs with her sword. And when Buzz is on the ground, that’s your best opportunity to attack him and inflict some damage.

No, not the Bald Eagle, but the Balding Eagle. This eagle happens to be evil on account of brain damage from Herbert’s experiments (those experiments again), and quite unpredictable as well. He attacks by dropping feathers from his perch multiple times during the boss battle, then swooping down at Cally after receiving a certain amount of damage.

Your best offense against the Balding Eagle is the spike gun, which could do wonders when fighting off the feathers. Never climb up his perch as he returns from his flight, and get out of the way ASAP once you see the warning sign; this is a sign that the Eagle is about to do a dive bomb on Cally. Lastly, try to attack the Eagle just as he’s flying back to his perch for best chances of inflicting major damage.

Once you meet Shelly, you’re officially past the halfway point of the boss battles. Despite her seemingly vulnerable nature as a bee, Herbert endowed her with special armor that makes her hard to attack. Her preferred form of offense is a wave of tiny little stingers.

Once again, the spike gun is very effective against Shelly’s attacks, and can destroy a good number of the stingers. As for Shelly herself, you want to use a flamethrower at the point when she’s vulnerable; this happens when you duck out of the way and she hits the ground.

This is the fourth iteration of Herbert’s Cyborg Colossus, and as you may have figured, he’s been rebuilt a number of times due to the damage Cally did to him in previous games. Right now, however, he’s much bigger and much deadlier, with a more powerful mace and a ranged attack in the form of heat-seeking missiles. He’s also impossible to stun, and switches attacks quickly between swinging the mace and firing the missiles.

What should you do against such a formidable foe? We’d advise jumping on top of him, moving to the side he’s farthest from, and to keep moving and keep parrying his attacks.

Well, this is not really a boss per se, but this is Herbert’s new craft – a flying platform that features a laser and a claw. It is also reinforced with titanium armor, with the sole vulnerable point being the person controlling it, Herbert’s assistant Melvin. Usually, the Hovership attacks Cally with its laser, but it occasionally goes to a resting position and utilizes its claw.

As this is a moving platform, you can jump on top of it so that you can attack it or avoid the laser beam. Guns are the only weapon that can damage the claw, while your sword should be sufficiently upgraded before this boss battle. And once again, remember to attack Melvin, as he’s the only part of the Hovership (being the person controlling it) that is vulnerable.

No need for any introduction to Herbert if you’ve played the two previous Cally’s Caves titles. He’s the mad scientist who used to be friends with Cally’s parents, before an “incident” turned him into a twisted individual who wants control over the Caves.

Despite his meek, nerdy appearance, Herbert is capable of summoning and using some nasty weapons – heat-seeking missiles, lasers, and saw blades. The final battle takes place over a pit of burning lava, and Herbert will use the saws to destroy the platforms, thus adding to the likelihood Cally falls into the lava. But before all that, he’ll start with the lasers, then move on to the heat-seeking missiles, firing them at varying speeds from the middle of the room. After that, he uses the saw blades to destroy the platforms, then returns to the starting point, using the lasers.

Instead of parrying the missiles, you might want to try the spike gun to deal with those varying speeds. Also take note that Herbert’s saw blades cannot destroy the platform near Cally’s parents, as well as a few others in the room. Take note of those invulnerable platforms. Lasers work well against Herbert, but not against his missiles. Also load up on those consumables, meaning your ham sandwich and chicken legs – you’ll need all the energy you can get for this long, drawn-out, yet epic final battle. 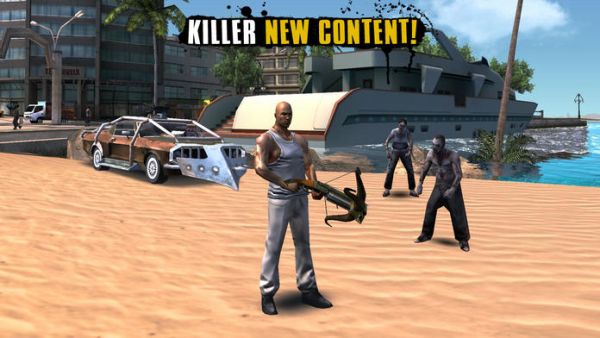 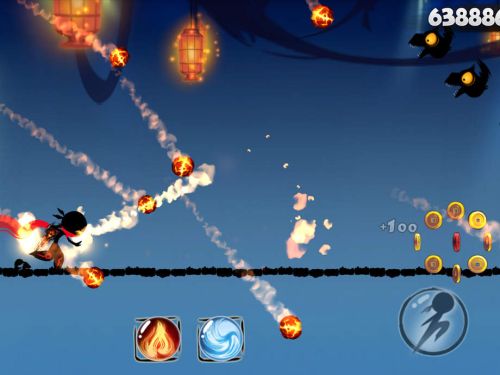