There’s a new endless runner game now out for Android devices called Bus Rush. This newly-released title from Play365 allows you to “run along the craziest scenarios” as you jump, slide, and run all across town, dodging obstacles like passing cars, trucks, and buses, but most importantly a huge escaped gorilla that’s as fast as he is big. As you try to elude the gorilla and deal with the different obstacles, you’ll get to gather coins, as well as temporary power-ups that allow you to grab more coins, jump higher, etc. You can use your coins for upgrades, as well as new characters and hoverboards.

The main goal of the game is to go as far as you could and collect as many coins and rubies as possible. And if you want to go farther than you previously did in your earlier runs, we recommend you to read Level Winner’s exclusive list of Bus Rush tips, tricks and strategies.

On the upper right hand side of the home screen, hit the Missions button and you’ll see a list of achievements you need to complete in a run. For example, you may be asked to jump so many times or score so many points, or, on a more complicated note, hit the sides of a bus so many times or enter a certain part of the in-game world. Always refer to those missions before beginning a run so you know what to focus on when you’re out there running away from that big, ugly gorilla. Completing missions earns you gold, and on occasion, rubies (the game’s premium currency), so refer to that list before playing.

2. When You Hit The Side Of A Bus, The Gorilla Catches Up

We weren’t lying when we said that the gorilla is as fast as he is large. The gorilla, which is the game’s main antagonist, is quite nimble on his feet, and there are certain situations where he might be able to catch up with you. One of these situations is hitting the side of a bus, either by accident or on purpose (see above). Staying in a straight line allows you to lose the gorilla after a second or two, so don’t panic if you see him right behind you, hot on your trail.

3. Know Your Power-Ups And What They Can Do To Help You

Power-ups appear at random parts of the map, and can help you in the game in their own unique way. Your jetpack allows you to fly through the map, free of any obstacles or gorilla getting in your way. The boots allow you to jump higher, the magnet automatically grabs all coins that are in your vicinity, the star increases the number of points you can earn for a given amount of time, and the hoverboards allow you to go through any obstacle without taking any damage.

The in-game store includes an area for upgrades, and that’s where you can spend a progressively higher amount of coins to upgrade your power-ups. Unless you need to earn a certain amount of points to complete a mission, you don’t want to focus your upgrades on the star power-up. Upgrading your hoverboard is arguably the best way to set your upgrade priorities, followed by the jetpack, then the magnet, then the boots, and finally the star in terms of priority. You want to stay clear of danger, and the best way to do this is to upgrade the power-ups that keep you out of danger for a longer period of time, namely your board and your jetpack.

5. Don’t Follow The Path Of Coins All The Time

Earning coins is well and good, and you won’t be able to buy any new stuff or make any upgrades without any coins. But it’s an all-too-common mistake to follow the path of the coins and thusly focus on them when making your way through the in-game world. As we said above, the key thing is to stay away from danger, and over-prioritizing coins will often get you in harm’s way – you may find yourself careening into a bus or landing on an obstacle that seemingly comes out of nowhere!

6. All Characters And Hoverboards Perform The Same

It sounds like a tempting proposition – there are characters and hoverboards for sale, so why not use the coins you’ve earned to buy them? Well, you can, provided you have at least 15,000 for a new character or 20,000 for a hoverboard, but the thing is, everyone performs in the same way, while the hoverboards don’t come with any special qualities. They’re only different in terms of appearance, so if you’re looking for a practical way to spend your coins, go upgrade your power-ups as we told you earlier.

7. Take Advantage Of The Freebies

One thing we noticed about Bus Rush is that the game is very generous with the “good kind” of ads. You can literally watch a plethora of ad videos to earn yourself more coins, or to continue your run. The game doesn’t seem to run out of them, though you will, of course, need to be logged into your Wi-Fi or cellular data in order to watch ad videos. Additionally, you’ll see “surprise boxes” – orange gift boxes – pop up in levels at random. They may contain hoverboards, rubies, coins, or anything else that will come in handy when playing the game.

Although rubies are meant to be the game’s premium currency, there doesn’t appear to be another thing for you to spend them on except continues. And the only time you’ll theoretically want to spend your rubies for a continue is if you can’t wait 30 seconds for the ad video to complete. Keep this in mind, and when it comes to continuing a run that’s ended, you’ll only want to do this if you’d gotten quite far and are on the way to breaking your highest score. 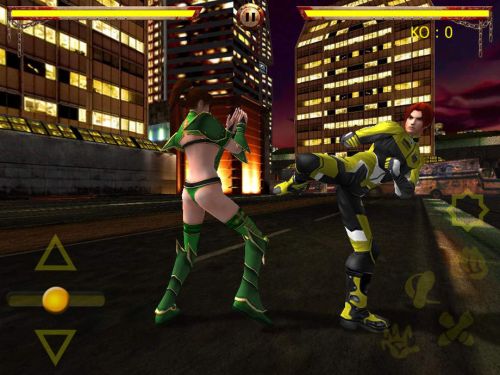 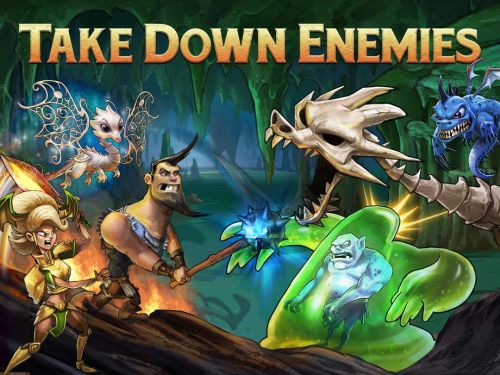