If you think that the average mobile soccer game is either too hardcore with all those leagues and teams and players and in-game features, or too casual with simplistic graphics and gameplay, we’ve got something for you that’s right in the middle – Boom Boom Soccer from Hothead Games (Android, iOS) . This is the same company that had previously given us Boom Boom Football, and like that game, there aren’t any real-life players. Nor is there any arguably misleading language in the game description referring to “real players” who are actually other humans playing the game, but not necessarily famous athletes. There are, however, more than 400 player cards from “all the best footballing nations,” eight card classes of varying rarity, and a nice mix between arcade play and sports management, though the management aspect here isn’t as intensive as what you’d get from Football Manager and the like.

We’d like to say that you might have a good idea of what to expect if you’ve already played Boom Boom Football, but since this game focuses on a completely different kind of football, we’re going to start from square one with these Boom Boom Soccer tips and tricks.

1. Swipe Nice And Easy, With Lots Of Control

The hero mechanic in the game allows you to draw a line to make a successful pass, or to score a successful goal. Don’t go for those fast-and-furious swipes; make them as controlled as possible, and know when you should be stopping your line. If you stop it too late, for instance, the ball will sail high above the net, and your goal would miss. And be careful about drawing a line whose trajectory is either too far right or too far left. You might not be able to get it overnight, but with enough days of playing and enough chances to swipe and draw the line, you’ll see that practice does make perfect in this game.

2. Draw Lines Around The Blockers

While we’re still talking about Pass and Shot hero moments, we should also remind you to draw lines around the blockers. And be sure those lines are as clear as possible! Going off the first tip, the ball will follow the exact trajectory you had mapped out by swiping. But if you’re dealing with some pesky defenders (or midfielders) on the other side, you should curve around them in hopes of pulling off a trick shot. Aside from making the curves clear, make sure they aren’t too prominently curved either.

3. Strategy Matters When Choosing A Lineup

Although you won’t be dealing with any real-life stars in this game, you still are going to have to make sure your strategy is on point when choosing your lineup. You will see the stats of your players compared against those from the opposing team right before kickoff time. And while you won’t see the players you’ll be facing until you finalize your player selections, there is a technique to work around this. Notice that the key stats per category will be highlighted in yellow. If you’ve got a player who’s better in those stats than the one in your current lineup, go ahead and make the switch. Your goal, no pun intended, is to have the statistical edge over your opponent, so try to make that edge as big as possible.

4. Make Sure You Boost Your Favorites

There is a bit of an RPG-style mechanic in this game when it comes to boosting players. And it goes without saying that your target players should be your favorites, or preferably those who have better stats than most of the team. Simply choose the target player for the boost, and choose a player, or players to sacrifice so you can perform the boost on the target. Now these would usually be the players you win after finishing a cup, and these would normally be common, low-tier players whom you wouldn’t normally start. As you won’t be needing them on your lineup, you can feel free to sacrifice them and somehow make the most out of them, albeit in a rather perverse way.

5. What’s The Deal With The Dailies?

Boom Boom Soccer’s rewards are very similar to the daily login bonuses you will get in other games. But there is one big twist that makes things different in this game; unlike in other games, where you can win daily login rewards simply for logging in, you will actually have to do some stuff in this game in order to earn those rewards. You’ll find this in the daily reward criteria, which may ask you to play a given number of games, for instance. As far as we can see, the criteria is quite easy to follow, so you can follow them with little to no problem, and be rewarded richly for your work.

Another form of “dailies” in this game is the Daily Trophy tournament. This is separate from the daily rewards, and winning the Daily Trophy is as easy as competing in a league. Choose a good league to join and play it out, and play those leagues like you would a standard game. If you’re able to win a certain number of games once it’s all said and done, you will get a prize box for your troubles; usually, the box contains cash, and at times it may also contain gold, which is the game’s premium form of currency.

This would be our list of tips and tricks for Boom Boom Soccer. If you happen to know other hints for the game, don’t hesitate to let us know in the comments section below!

UPDATE: Need more Boom Boom Soccer tips and tricks? Head over to our second guide for the game, which explains how to get more player packs and gold bars. 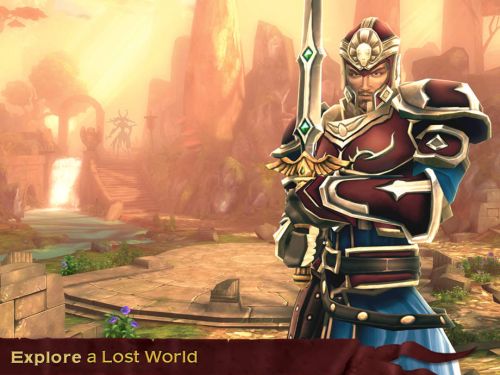 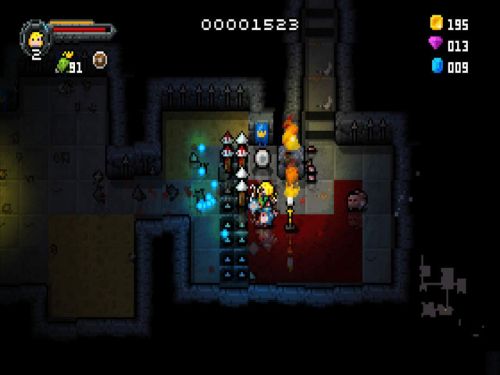 Next
Heroes of Loot 2 Guide: 4 Tips & Tricks to Beat the Dungeons
Click here to cancel reply.