Casual gaming giant Full Fat could have gone ahead and called their new Android and iOS title “Blocky Bull,” as it’s a mechanical bull riding game, with no actual mechanical broncos. But you will be riding a mechanical bull in this game, as well as a mechanical hotdog and rocket, among other things, and it’s going to be a rollicking series of rides as you try to stay on for as long as possible, before you get bailed (or thrown off) in mostly epic fashion. The characters might deny it at times, but they sure get launched into a “world of pain” as they can smash into a plethora of objects after being thrown off!

As this is an endless casual game, this title easily falls into “easy to learn, hard to master territory,” with your main objectives being to beat your high score (or improve your positioning on the leaderboard against your friends or the rest of the world), and collecting all 25 characters and all 5 levels. Read on, as we’ve got an in-depth Blocky Bronco strategy guide for you that will talk you through every nuance of this game, and answer what could be your two most pressing questions — how do I improve my high score, and how do I unlock all the goodies in the game?

1. Tap On Everything Except The Red Bombs

We might as well get started with this game by talking about the basics. Simply tap anywhere on the screen whenever the line crosses one of the circles, and tap-and-hold once you see the green spaces, and leave your finger on there until the line reaches the end of the space. Keep on doing this for as long as you could, but take note that the pace will get progressively faster, making it harder for your character to stay on the bull or any one of its other equivalents.

That may sound like a simple enough set of mechanics, but there are some other things you should keep in mind when playing the game. First, it is NOT optional to tap on the circles with diamonds, or the circles with arrows, the latter of which reverse your direction and clear out the big circle. Your run will end if you miss any one of those circles, with one exception, and that’s the red circles with the bomb logo inside. You should avoid tapping on those circles, as tapping on a bomb (or on a blank space in the big circle) will end your run instantly!

2. Eyes On The Big Circle

We’ve already established that Blocky Bronco is indeed easy to learn. It’s so easy to play that even a child can start playing it and do pretty well in no time. But being successful in your runs also would require players, meaning you, to have supreme focus, and the best way to ensure supreme focus in this game is to keep your eye on the big white circle, and the smaller circles that come up — when should you tap on your screen, when should you NOT tap, and when should you tap-and-hold? This could be harder than it sounds, because the timer is right above the big circle. But try not to look at the timer, and if it helps, you can also play the game with a light-enough object (so as not to damage your phone) like a wallet covering the timer on your screen. Being too time-conscious is a recipe for disaster, or should we say, a shortcut to a quick and unsatisfying run.

3. You Can Also Try Playing With Two Fingers

Blocky Bronco allows for one-handed gameplay, and many players may be far more comfortable playing this game the “traditional” way, meaning with only one hand/finger. But you can also try using two fingers instead, one on your left hand, and the other on your right hand. It could help if you tap on the left side if the line is moving left, and to the right side when it is moving right. Of course, your mileage will likely vary when it comes to this tip, but if you’re looking for new ways to improve your high score, you could give this tactic a try for yourself.

From time to time, the game will notify you (check for the exclamation point on the gift box at the bottom of your screen) of a free gift. This happens every few hours or so, and based on what we’ve observed, the gifts become available at random. Opening this gift will get you additional stars, which are essentially your XP in the game, or additional gems, so be sure you’re opening as many gifts as possible when they become available!

5. How To Unlock New Characters

The longer you’re able to stay on the bull (or “mechanical something”) in the game, the more experience points you can earn. Each time you level up, you will be directed to a mini-game, and that’s where you can add to your collection and unlock new characters in Blocky Bronco. Most of the time, casual games use a straight-up gacha system, so kudos to Full Fat for this particular twist in the game.

The mini-game works as follows — you will be given six cards, three each corresponding to a separate character, with the characters’ cards lined up next to each other. (i.e. one line of cards for Betty next to a line of cards for Bill.) The cards will then be shuffled, and your goal would then be to get all three cards corresponding to either one of the characters. If you only end up with two cards corresponding to one character and a single card matching the other, you can watch an ad video to get another chance at a third match, after which, the mini-game is over, regardless if you get a new character or not. We simply advise focusing on where the cards are being reshuffled to, though a lot will ultimately boil down to guesswork — it can be very tricky to watch those cards get shuffled from one point to another, at rapid pace at that!

The game also lets you pay for characters with real money — that’s one dollar or its equivalent per character. Unfortunately, you can’t pay gems to buy characters, and that’s actually what we shall be discussing next — how to get gems, and where to spend them on.

6. How Can You Earn More Gems, And How Are They Used?

Gems are the game’s only form of currency, and these are earned by playing the game like you normally would; tap on a small circle with a gem/diamond inside, and that counts toward your total. You can watch ad videos after each run to double your gem earnings, though we normally recommend you save those ad videos for the time when the game asks you if you want to earn 25 gems for watching an advertisement. Ads are quite plentiful in this game, as you’ll find out early on, but they aren’t unlimited; if you want to double your earnings after a run, watch the videos if you’ve earned at least 7 or 8 gems during the run.

As for using the gems, the only thing you can spend them on is new levels. There are a total of five levels in the game, including the default Western level, and you can spend gems (or real money) to buy the remaining four — these include the Farm, the Diner, the Club, and Space. Levels can vary in price, with Space being the most expensive at 1,500 gems, but the good thing is that it’s very easy to earn gems in this game, what with all the video-watching opportunities you have in here.

7. All Characters And Levels Play The Same

You probably suspected this the moment you downloaded Blocky Bronco, but just in case you’re expecting some differences between the various (25) characters in the game, remember that this is an endless casual title. As is the case in most other games in this genre, the only differences between characters are cosmetic. You don’t get bonus stats for playing as a certain character, or any strengths or weaknesses to take note of — it’s all about character collection here, and your skill as the player. But you can switch from character to character by tapping on the cowboy hat button on the bottom of your screen — oftentimes, switching to a new character allows you to break the monotony of things!

Likewise, the levels don’t come with any unique obstacles or mechanics — it’s the same mechanical bull-like gameplay, but with a variety of settings and backdrops, that means more wacky ways for your character to wipe out, and more funny stuff to save as a GIF file via the game, should you be using that feature. As new levels are literally the only thing you can buy with your gems, we hope Full Fat will add some more of these levels in subsequent updates.

8. Relax In Between Sessions

This is a staple tip in endless casual games, but one that we feel bears repeating. Blocky Bronco is a very hard game to put down, but as your eyes and fingers get fatigued, you may find yourself following up one mediocre run with another. The same goes if you get frustrated trying to beat your old high score or rise up the leaderboard — frustration could also result in dodgy gameplay! We would suggest taking regular breaks from the game, say, about 30 minutes at least, so you can return for another few runs on the mechanical animal or thing, feeling fresher than before, and in better shape to beat your high score.

Although the ad video options available in Blocky Bronco are indeed very useful, the game is just littered with advertisements. You’ll see ads pop up in between virtually every run, though those are the ones you can exit out of even before the 30 seconds are up. So how do you eliminate those pop-up ads, and be able to only watch the ads that can add to your gem total? Pay a dollar.

Full Fat is offering the ad-free version of Blocky Bronco for only one dollar or its equivalent in local currency, so if you’re bugged by the incessant ad pop-ups in the game, that’s all it’s going to cost you. 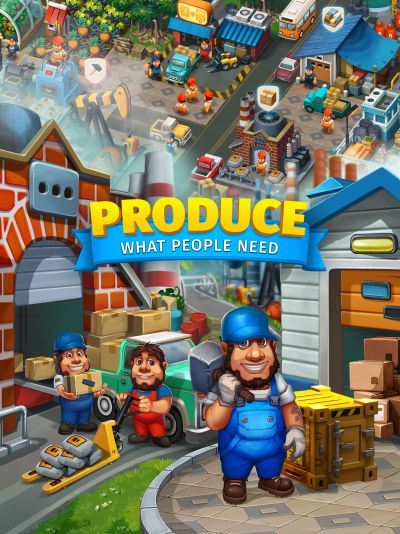 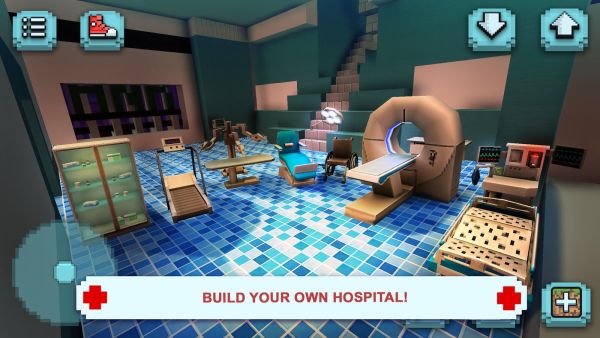