Black Desert Mobile is arguably the most highly anticipated MMO of the year. Pearl Abyss’ long-awaited fantasy epic serves up one of the most visually stunning open worlds on mobile, as well as what could be the deepest character creator we’ve seen in a game to date. 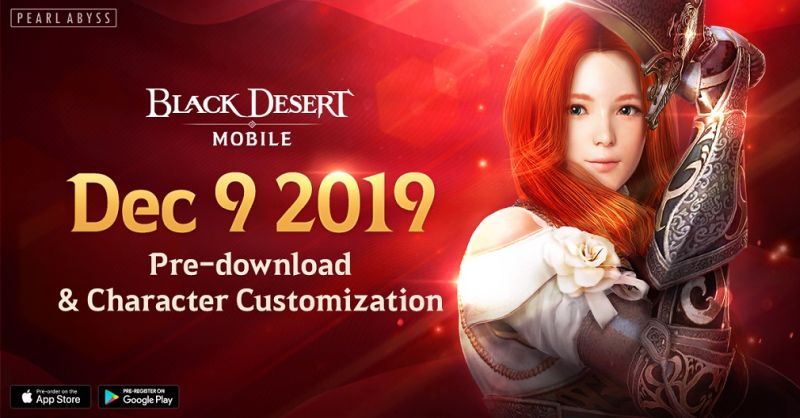 It’s set to launch for iOS and Android on December 11th, but those who wish to get in early can pre-download the game from December 9th. Doing so will help guarantee that you get your preferred Family Name, which is the title that displays above your character for all to see and admire.

Pre-downloading will also allow you to select your character class and begin customising your avatar. You’ll have to decide which of the five classes you reckon would suit your intended combat style, and that’s a tricky decision considering that they’re all so different and interesting. The five classes are Warrior, Witch, Ranger, Giant, and Valkyrie.

Black Desert Online, on which Black Desert Mobile is based, boasts a legendarily deep character creator, and all of that is present here. You can tweak every detail of your avatar to your heart’s content. What makes it even better is just how accurate you can be with the touchscreen controls. Sculpting your character’s facial features feels intuitive, and the overall level of control you have over their design is staggering.

If you want to join 4+ million players in pre-registering for Black Desert Mobile, you can do so now over on both the App Store and Google Play. And remember that you can pre-download from December 9th, but the full game won’t be playable until December 11th at 8am GMT (12am PST).